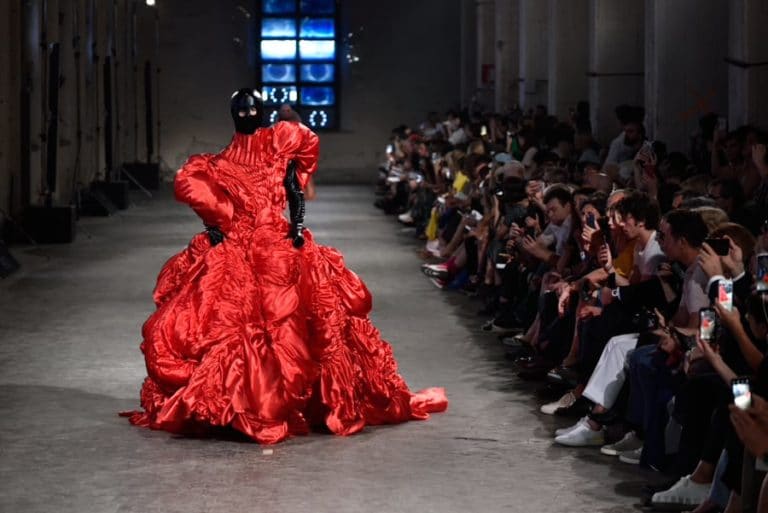 There is no summer edition of Pitti Uomo without the Polimoda fashion show: a coveted moment for every student of the prestigious Florentine institute, which marks the debut in the world of fashion at the end of a four-year training course, as well as the actual transition from the status of student to a professional designer. 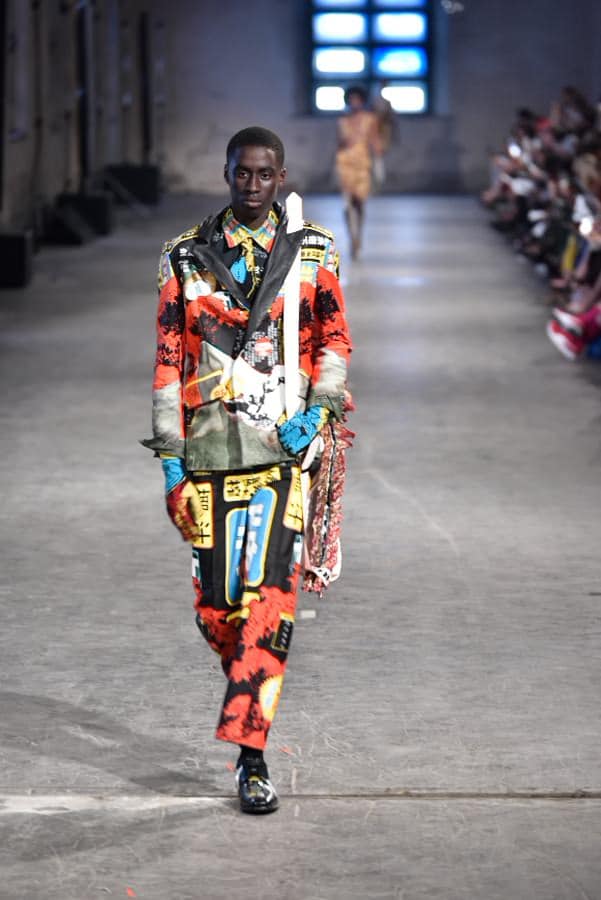 The 2019 show with the symbolic title “Supernature” took place on Tuesday, June 11th at the ex-Manifattura Tabacchi in Florence, Italy, an industrial relic that, thanks to Polimoda, will begin a new life. In fact, the reopening date of what will be the third venue of the institute is imminent. The 6000-square-meter building will house labs, studios, as well as drawing and theory rooms, and an auditorium with 800 seats.

The theme “Supernature” calls for a reflection on the dualism between craftsmanship and technology that characterizes the history of humankind, ranging from the capacity to transform nature into functional products, to the ability to create beauty through art. As the director of Polimoda, Danilo Venturi, says, we are technologically advanced primitive beings, and this gives us a monstrous, potentially destructive, and super-natural superiority.

The specificity of many collections lies mainly in the critical representation of the problems of contemporary society.

For example, MIAOMIAO JIA pictured and colored the housing discomfort issue in bright yellow tones, incorporating the human body in large knitted suitcases that deform and make the silhouette unidentifiable. The person lives in the dress. Literally. 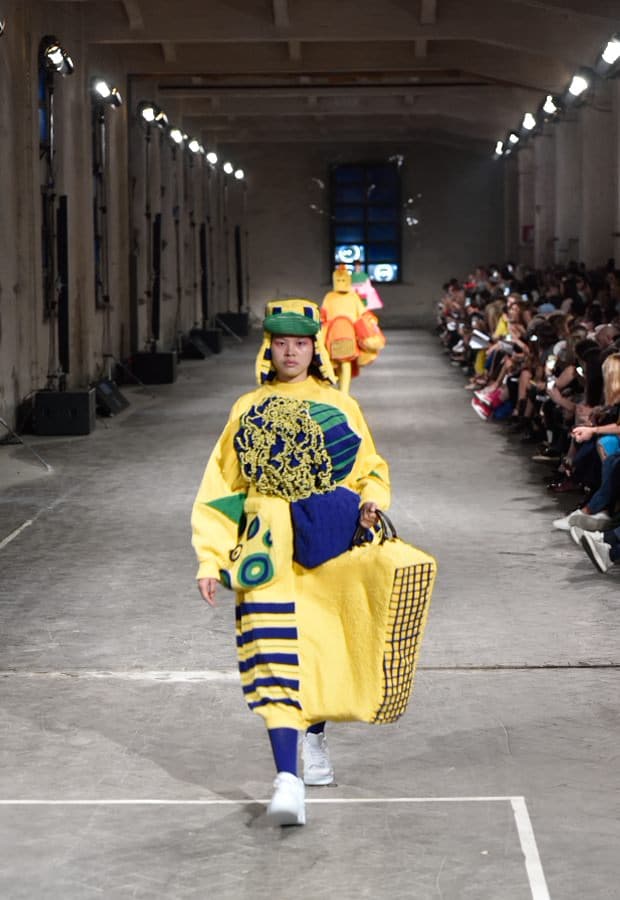 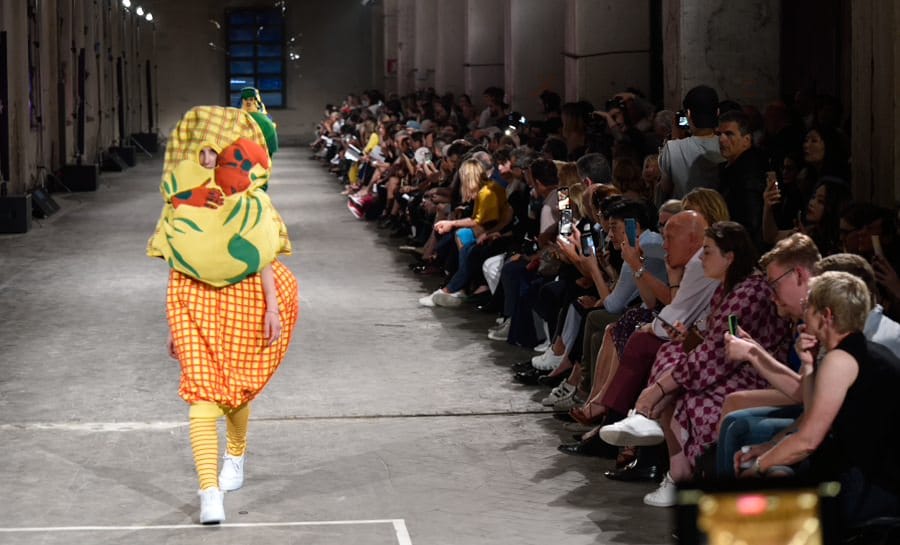 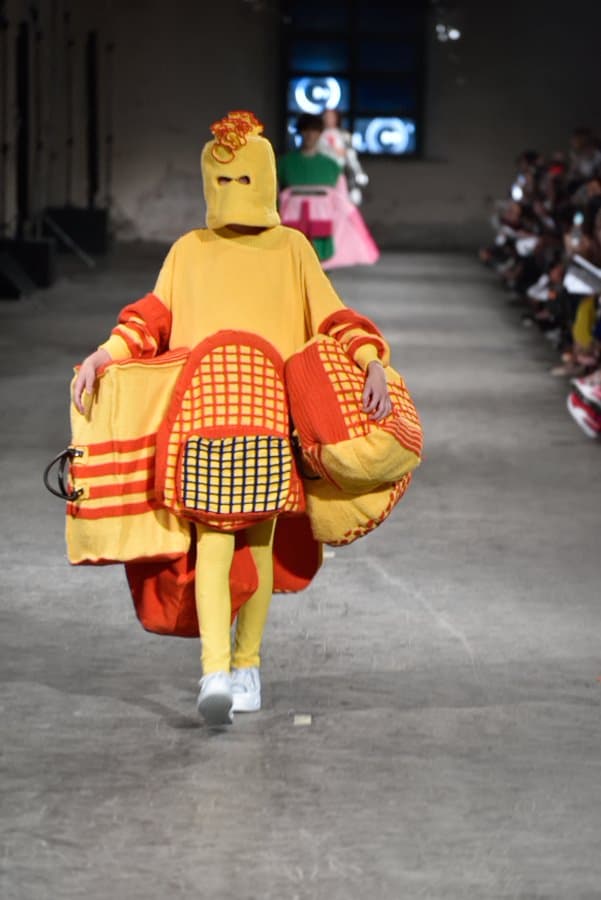 FRANCESCO MALANDRINI won the Polimoda prize for The Best Collection of 2019 and thanks to Pitti Immagine will receive the Pitti Tutoring & Consulting Reward. He proposed a personal interpretation of the proxemics, the branch of semiology that investigates the meaning of space in the social behavior of man, intending men’s clothing as an outline that compresses and expands the body. Through his scenographic and colorful foam garments, he realized this idea of clothing as both protection and obstacle to movements. 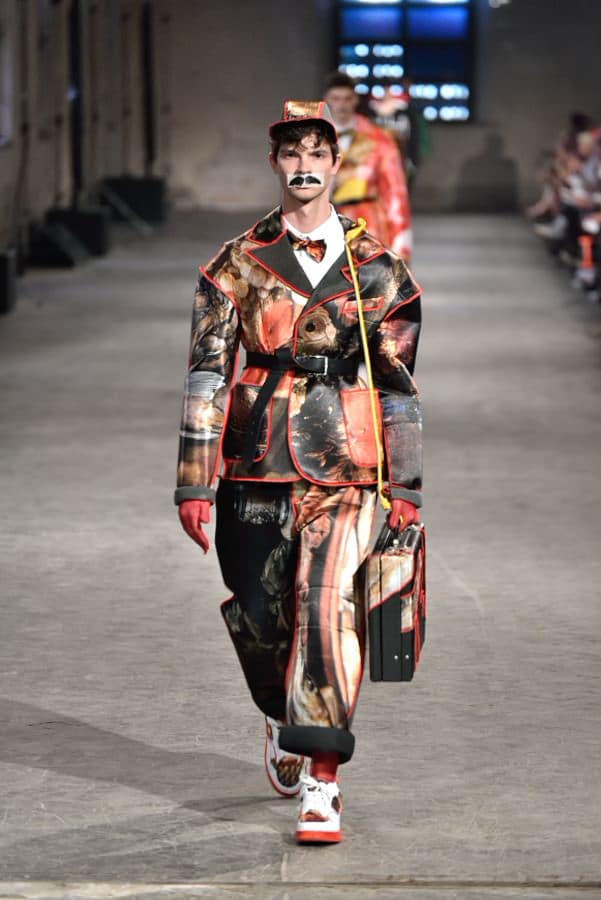 Some students decided to reinterpret their cultural traditions; for instance, YADA FEI made an evocative collection based on the Chinese burial rite. She reproduced at large scale the grotesque sculptures that should be burnt during the ceremony, by combining human anatomical parts with apparently contrasting volumes and giving life to big organic shapes similar to carapaces. 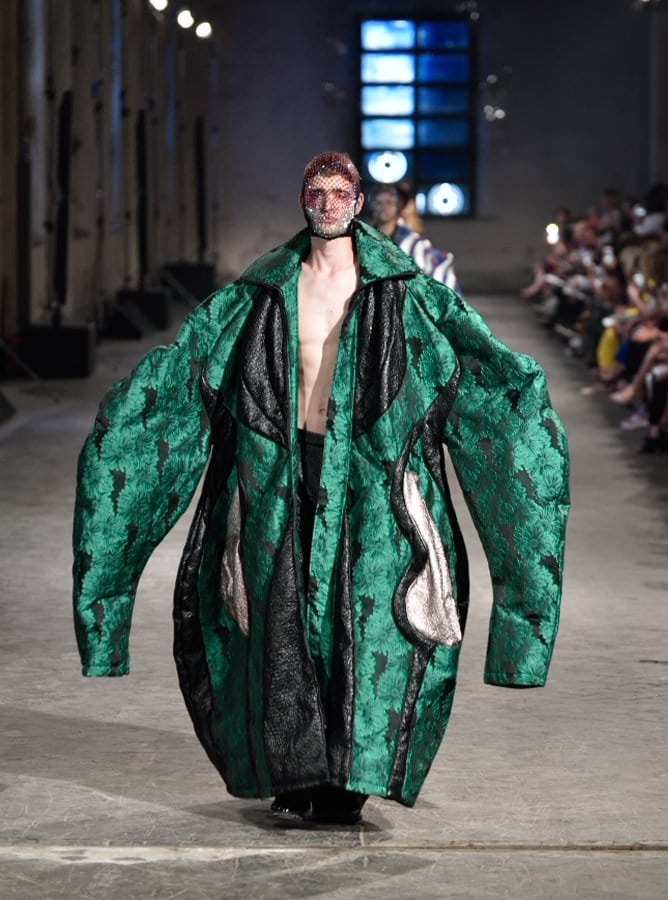 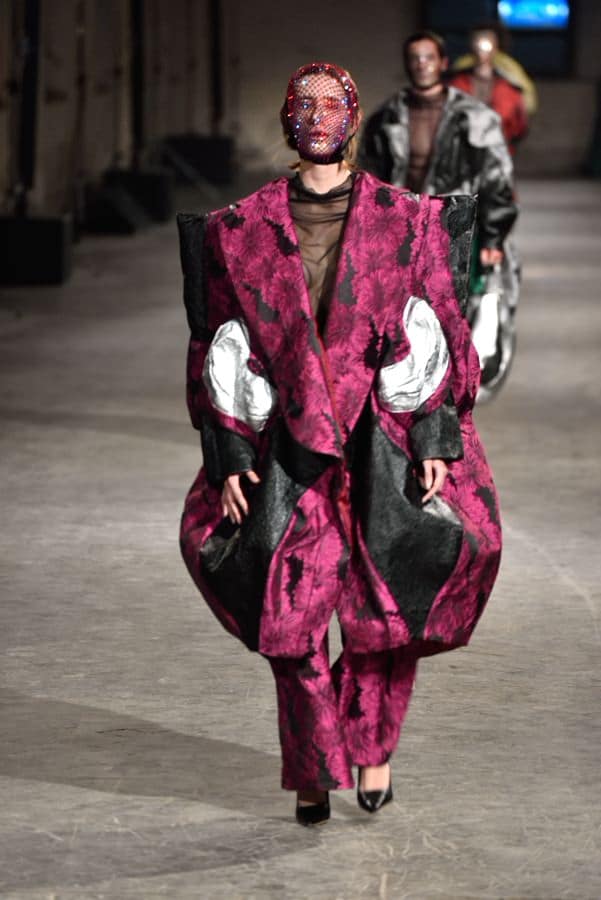 The “skin” is another exciting macro-theme analyzed in all of its declinations and meanings by several students.

For example, ANDREA GROSSI by combining technology and craftsmanship proposed a particular type of manipulated leather with the addition of an alternative denim fiber with low environmental impact. And to give a human touch to this experimental textile, he printed a pattern reproducing anatomical features like the muscle structure covered in tattoos. 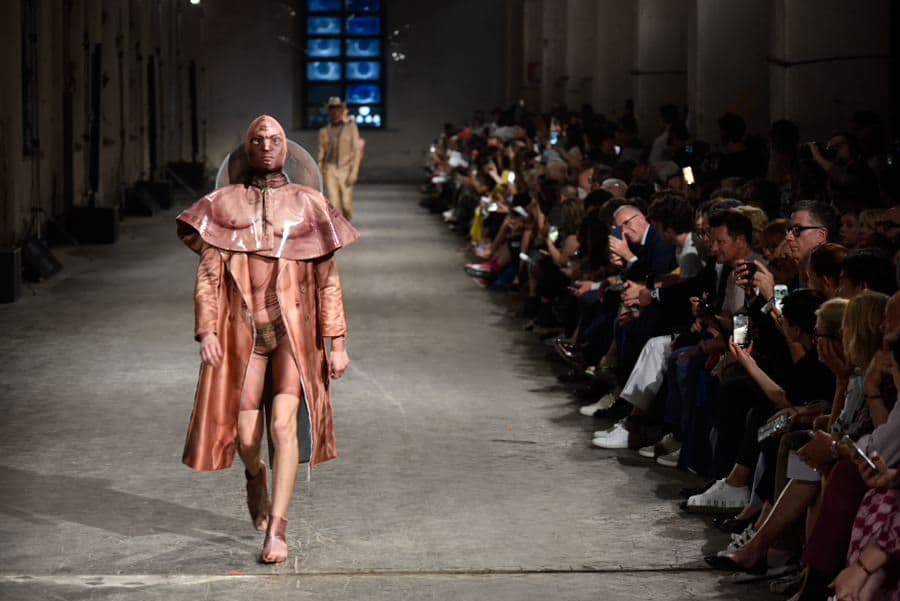 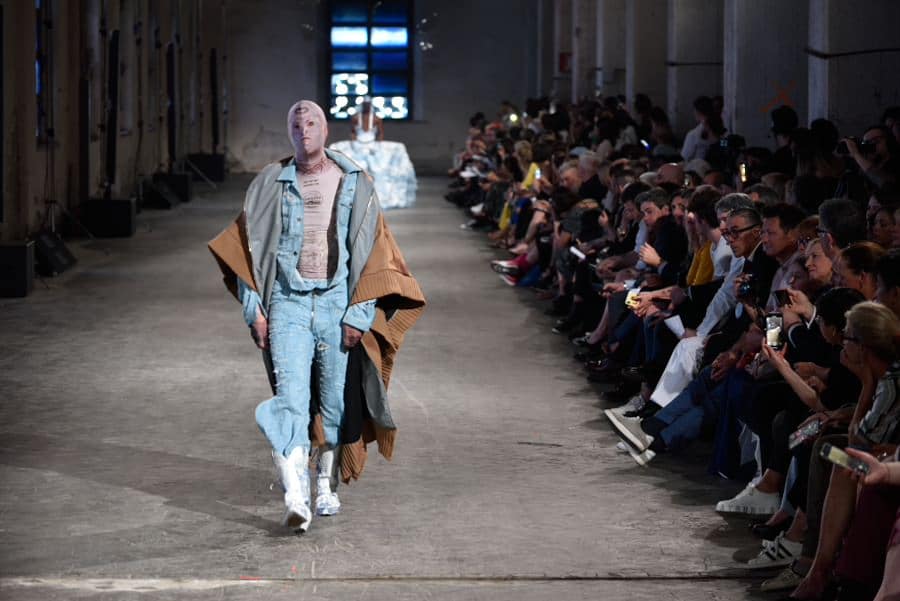 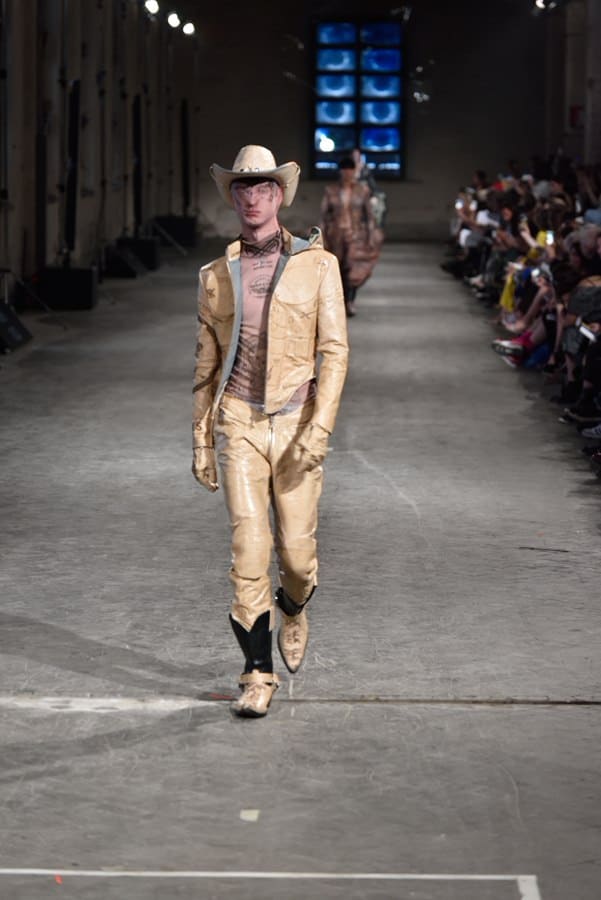 GIORGIO MATTEO LORUSSO instead transformed the refined businessman suits into a second skin of lycra, abolishing the status, power, and value of the clothes. But the depersonalization of clothes adopted by the designer reached its peak with the of masks that disfigure the faces, recalling the disturbed and disturbing personalities in Francis Bacon’s portraits. 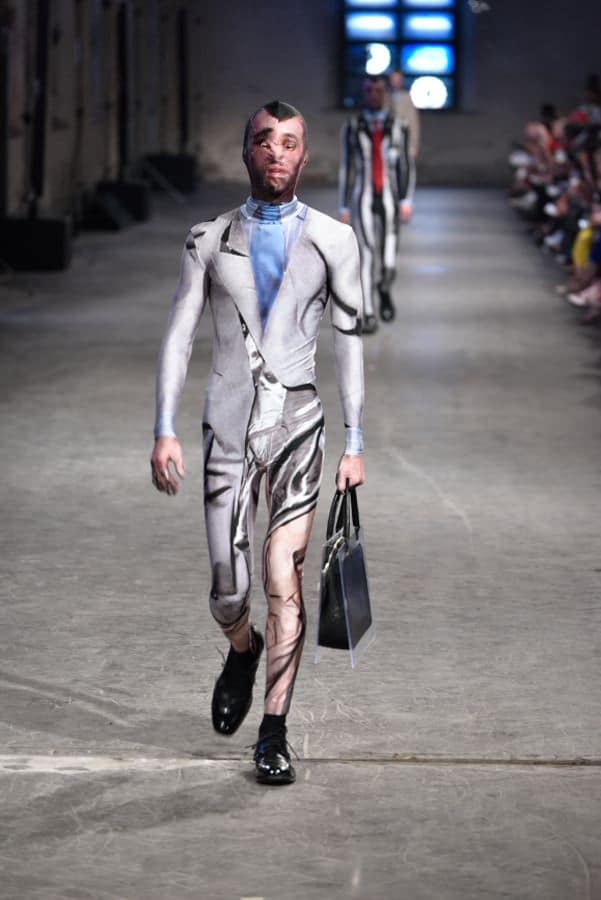 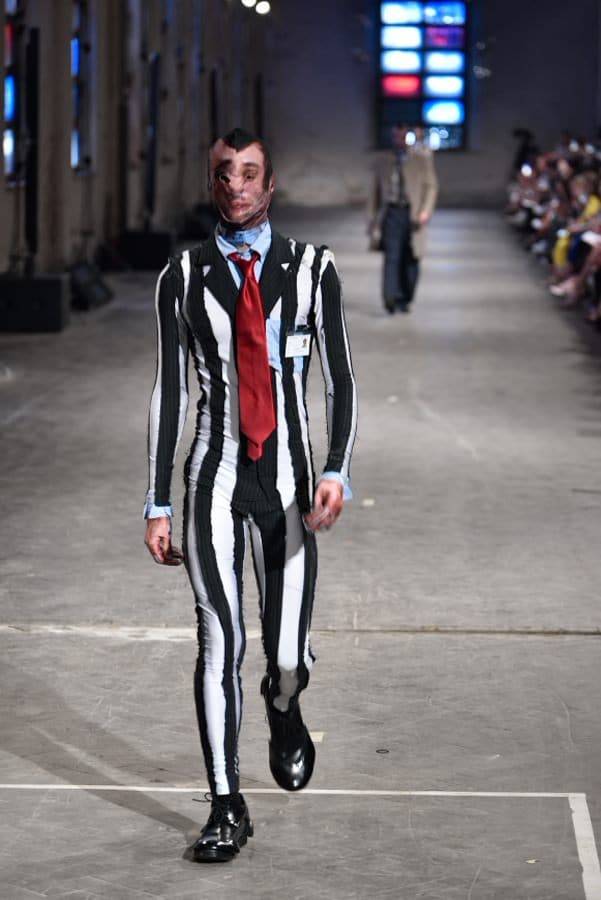 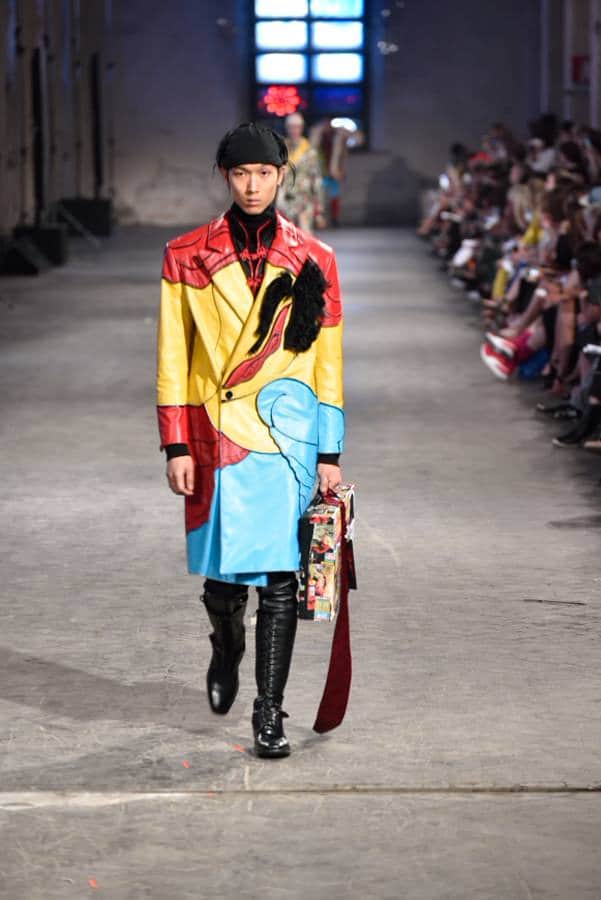 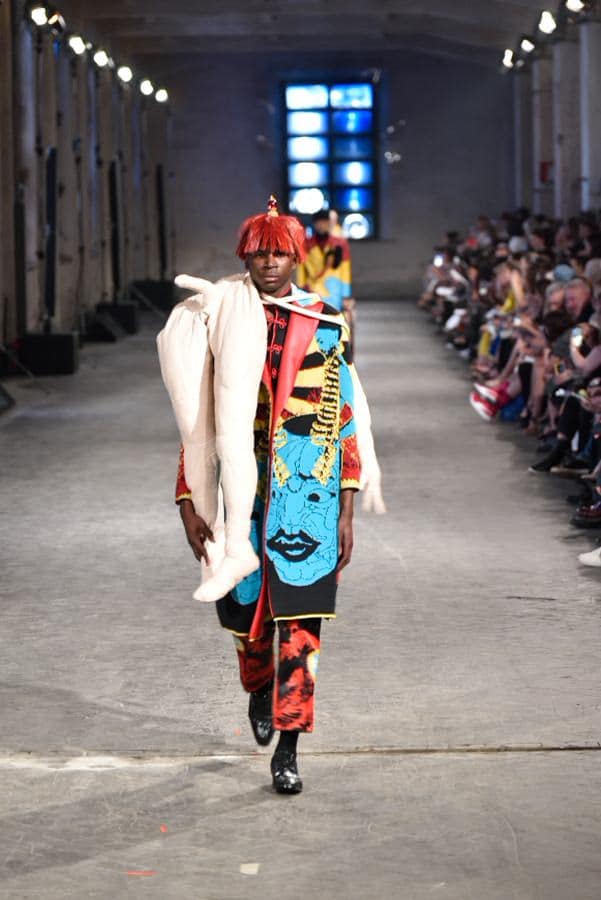 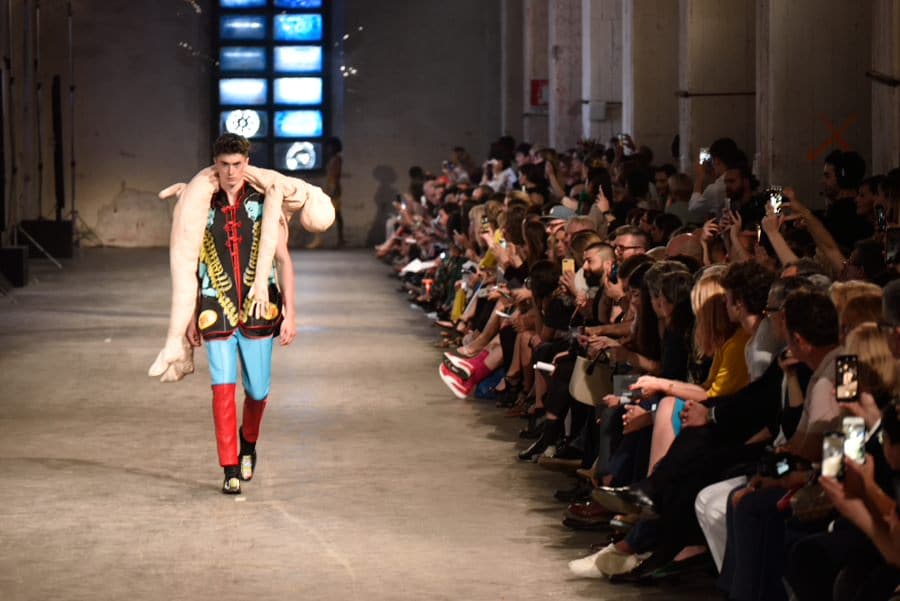 Some collections make us think and look for answers: they are satirical, critical, self-critical, and inevitably they immerse us in our historical past. By reading the description of each collection, it is clear that not all the students are aware of the references that viewers may have caught in their work; but this potential weakness, often due to a lack of both memory and cultural basis, becomes paradoxically reassuring. It shows how archetypes and ancestral elements manifest themselves in various forms to all generations, and it is up to super-designers to grasp their spirit and represent it through super-natural creativity.