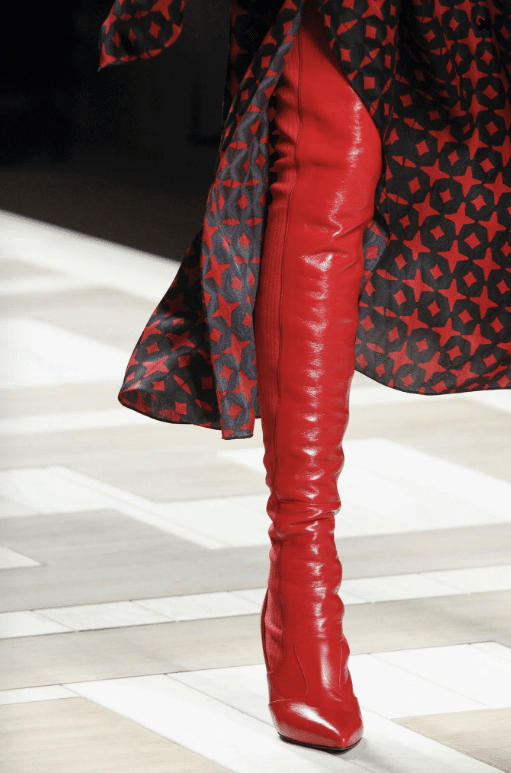 Red, the color of feelings, lit up Milan Fashion Week FW2017 runways and redefined the silhouettes of winter seduction.

It can be:
a delicate and sophisticated pair of gloves or stiletto boots, which as Cupid’s arrows pierce the heart of the beloved (Leitmotiv FW 2017);
a pair of sexy “cuissardes” that leaves everything to the imagination (Fendi FW 2017);
a wrapping over sized coat, iconic as only the great classics do (Max Mara FW 2017);
a chaos of ugly overlays that only Her Lady knows how to make into poetry (Prada FW 2017);
a striped dress that embodies the joyful feelings of a child in front of a marry-go-round and a circus tent (Vivetta FW 2017);
an elegant memory of a China trip (Giorgio Armani FW 2017);
an element that illuminates the outfit, no matter its style reference: street, urban or effort-less chic (Agnona FW 2017);
an impalpable lace dress under a warrior coat (Ermanno Scervino FW 2017);
a virginal transparency (N°21 FW 2017).