This is the only question everybody asks to the thousands of visitors of the 89th edition of Pitti Uomo, but never like this year has been difficult to formulate a response.

Wanting to make a general analysis at the end of the menswear fashion weeks in Milan and Paris, we can say that Pitti Uomo 89 failed to define a new vision within the cultural debate on contemporary menswear; and this feeling of incompleteness seems to derive also from the self-referential theme chosen for the fair. The phrase “Pitti Generation(s)” in fact, tried to highlight how age is a state of mind, taking as example the mature men in jeans and t-shirt, and the young people with Victorian beards and vintage suits who attend the fair. 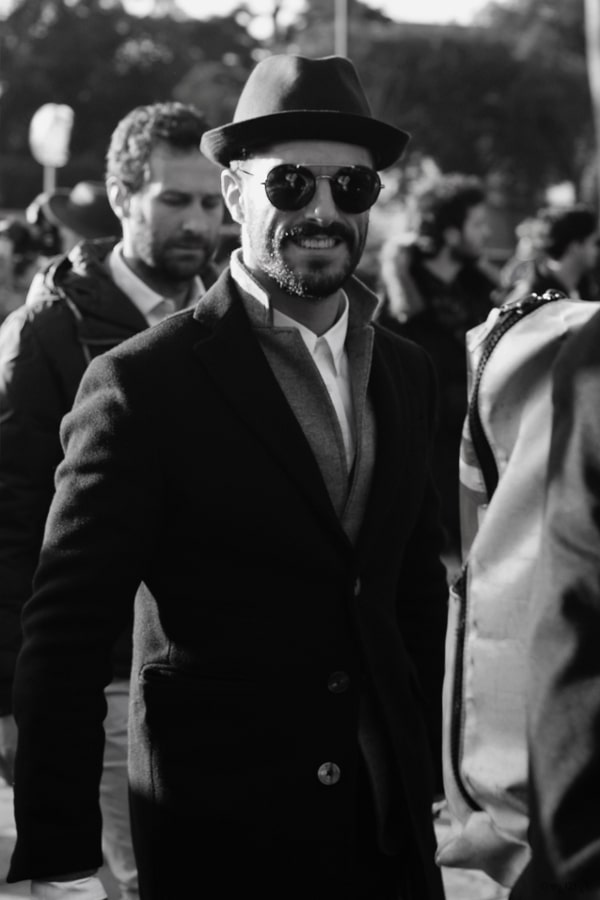 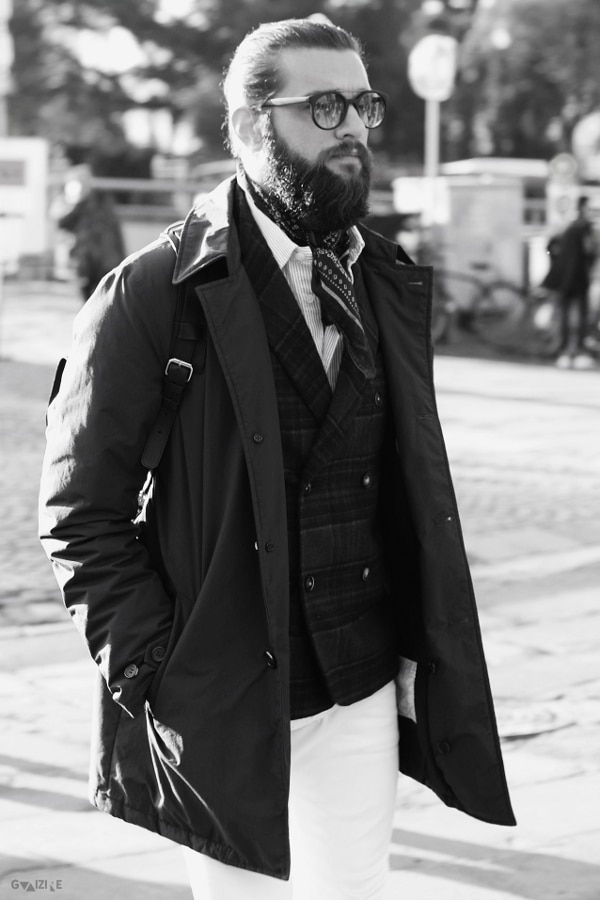 Pitti Uomo 89 street-style by Guaizine.com for The Fashion Commentator

The fact that more than 10 years ago Giorgio Armani sanctioned the jacket and t-shirt combo as the key to the “elegance of the third millennium” for men aged over 50, testifies how the cross-generational theme of Pitti Uomo 89 is not so innovative. Especially if we think that since the advent of digital communication the street-style photos from Pitti Uomo show young guys looking like characters of an Oscar Wilde novel and tattooed old men with nothing but their t-shirts on. 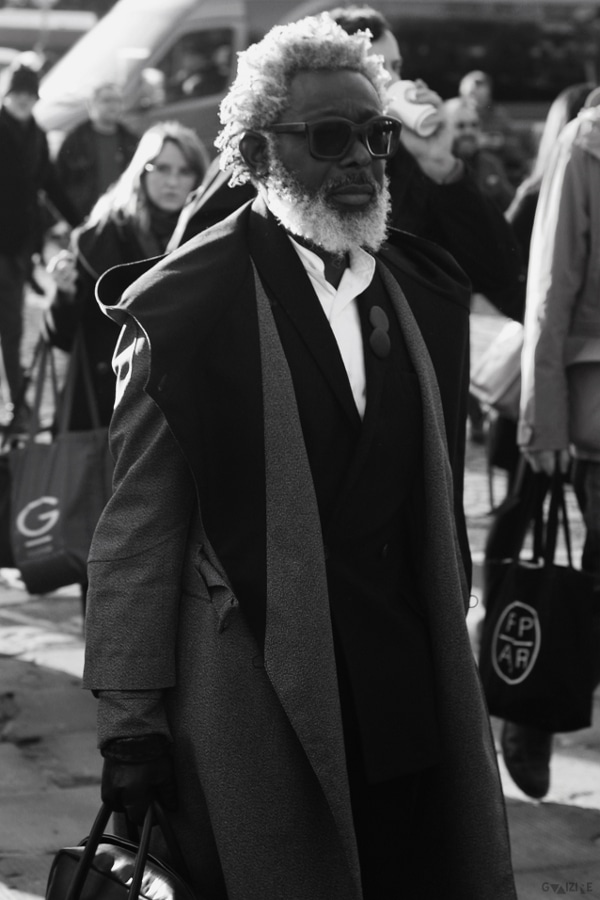 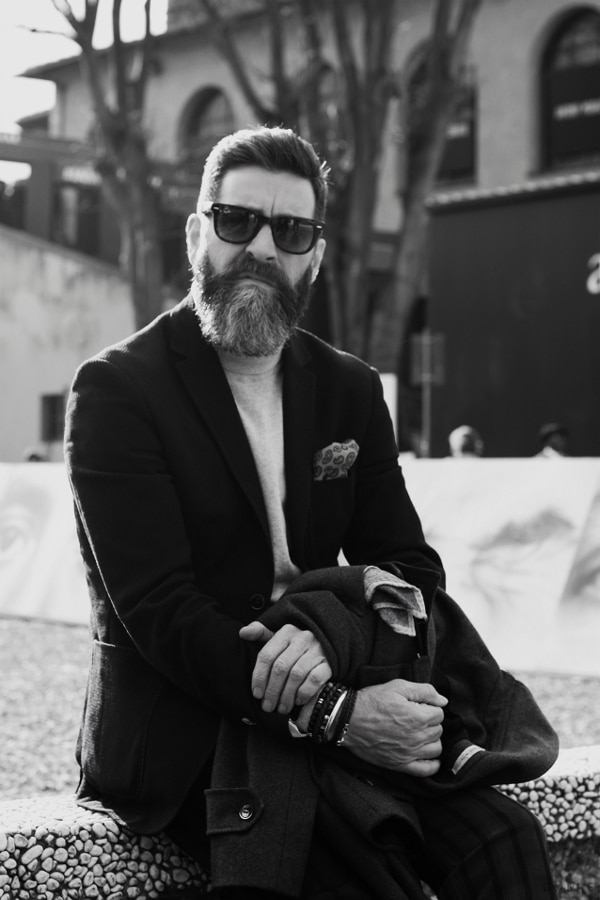 Pitti Uomo 89 street-style by Guaizine.com for The Fashion Commentator

Pitti Uomo 89 reached 36,000 visitors, with about 25,000 buyers; and this goal is more important of any thematic choice, because symbolizes how the whole industry chain is armed to survive the crisis, sometimes giving birth to pleasant surprises in the sea of brands at the Fortezza. It is no coincidence that, as in previous years, lots of Pitti Uomo 89 stands were focused on Contemporary Craftsmanship, one of the fundamental drivers of the market.

The entire fair turned to be a treasure trove of exclusive pieces coming from the research of skilled craftsmen who mix tradition and technology. As a matter of fact, Pitti Uomo is gradually redefining the role of the craftsmen, replacing the image of the old masters working in their workshops, with young designers (often heirs of a family-run business) who can meet the peculiar needs of those sensitive customers who reject the banality of mass distribution, in favour of the “research”.

Among these new craftsmanship’s interpreters, in the MAKE section of the central pavilion, stood out Filippo Fanini; Italian designer born in 1981, graduated at Polimoda and former designer at Ferragamo. He recently patented the Edmos, a thin leather got from the layering of scraps coming from the family-run leather company, with which he created an accessory and outerwear line featured by contemporary fitting and shapes. 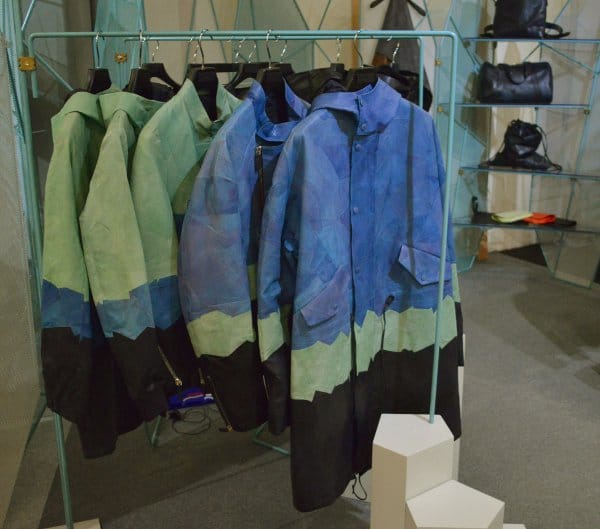 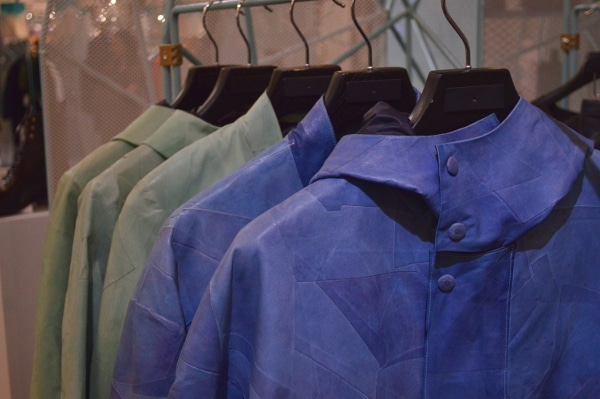 Contemporary craftsmanship plays a great role also at Doria 1905, the Apulian hat factory that reinterpreted the fedora drop hats from the 60s with an experimental coating treatment which makes the felt totally waterproof, adding a particular aged leather effect. An incredible optical illusion which proves the originality of the creative director, Alessandra Maregatti, and her talent in reinventing one of the most classic accessory of the male wardrobe. 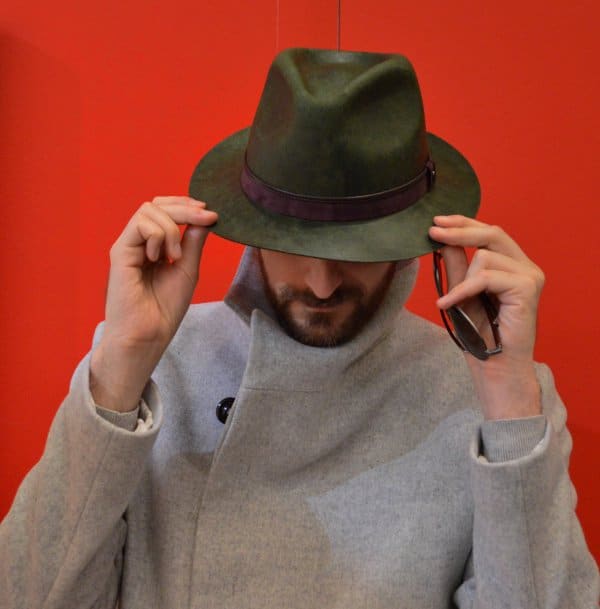 In L’ALTRO UOMO pavilion I met Hal-Neroh, the Tuscan footwear company created by a group of friends with a long tradition in shoemaking. After becoming the main producers of high-end brands such as Jimmy Choo and JW Anderson, they launched their own line called INVENTARIO, in which the classic craft techniques are declined into contemporary pieces ranging from sneakers with leo-printed soles, to refined polka dot slippers in pony skin and black leather boots for the rebel rock-stars. All strictly handmade in Tuscany. 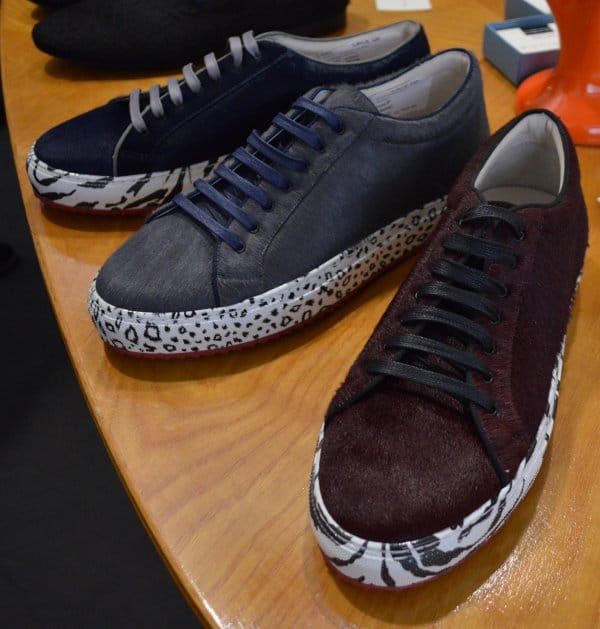 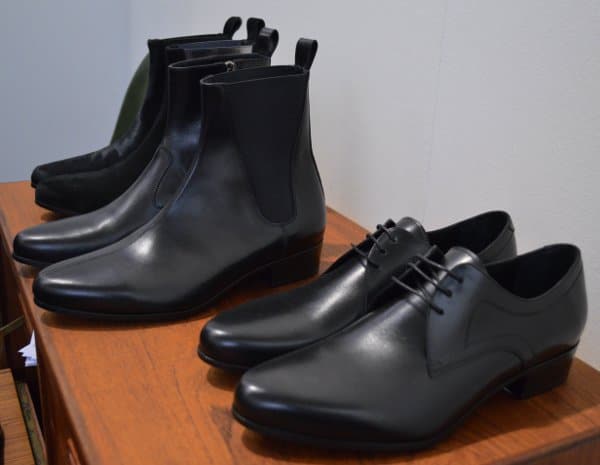 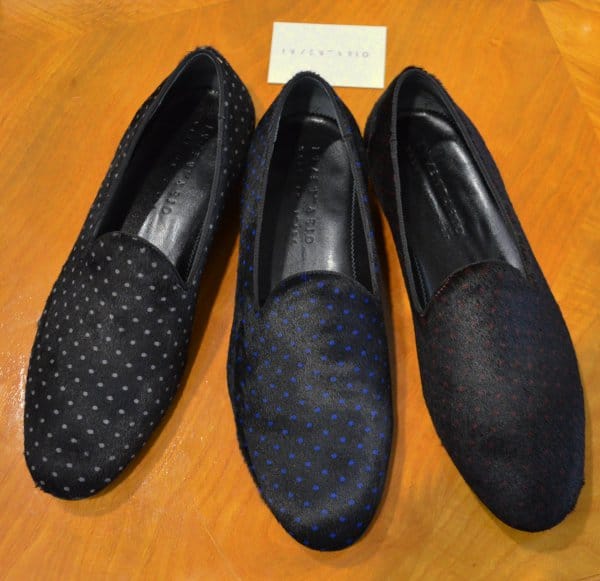 For Pitti Uomo 89, the carmaker MINI promoted “The Latest Fashion Buzz”, the project by Pitti Immagine, L’Uomo Vogue and GQ that supports emerging ready-to-wear and accessory designers, working on a new concept of modern menswear. The Malaysian-based designer Moto Guo definitely stood out among the selected project thanks to his minimal garments highly decorated with incredible three-dimensional applications, very similar to clusters of precious stones in the rocks. 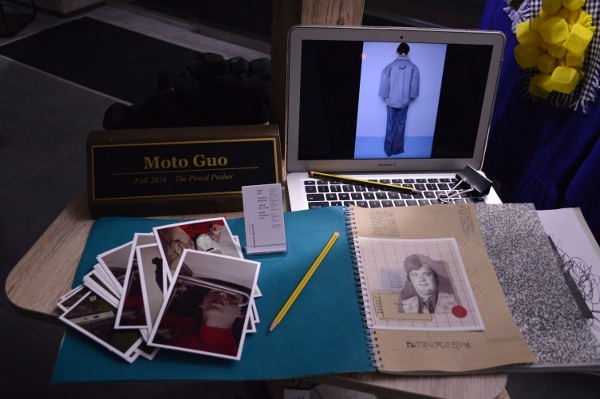 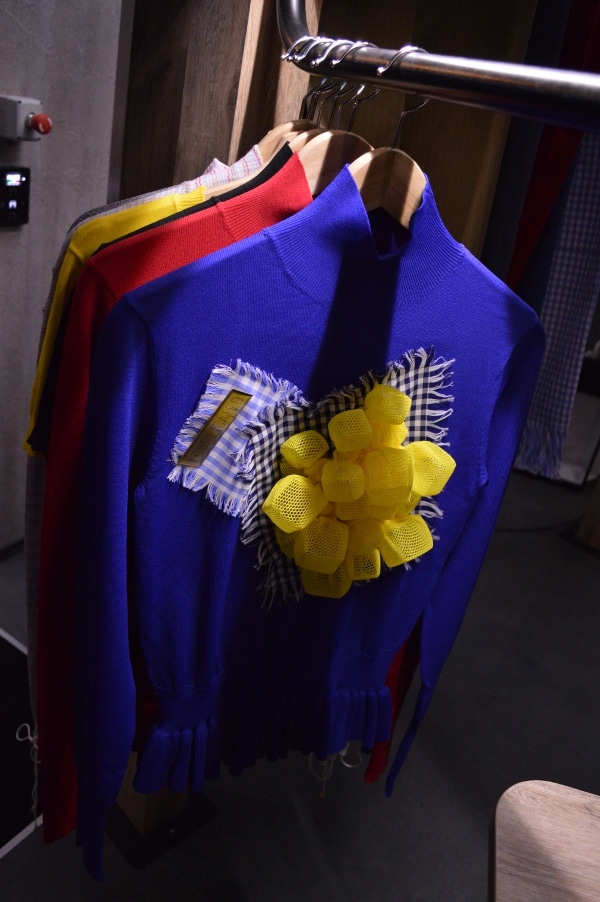 Some new talents stood out also outside the perimeter of the Fortezza, for example in The Future Generation event at the Teatro dell’Opera in Florence, were presented two outerwear capsule collections designed by Christian Pellizzari and the creative duo of Comeforbreakfast for Colmar Originals. Two completely different spirits representing the sensitivity of contemporary fashion, where past and present merge through high-tech details and innovative materials, with a dandy touch for Pellizzari and an artistic mood for the womenswear by Comeforbreakfast. 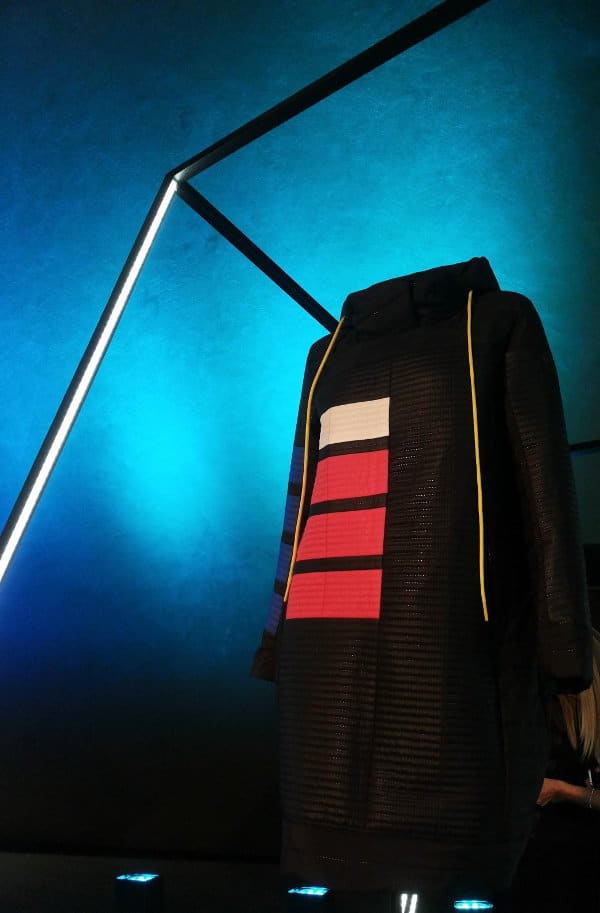 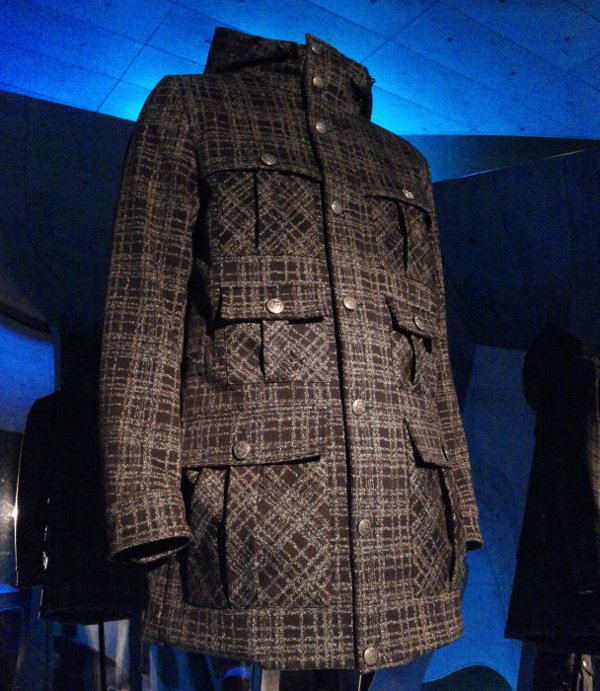 Two sides of the same coin

In the end, I must mention the key partnerships of Pitti Uomo 89, between two major menswear Italian brands and two fashion icons who greatly contributed to the success of this fair in the age of social media.

On one hand we have the eclectic Nick Wooster who combined the clean lines of Japanese tradition with Western tailoring and military uniforms for LARDINI. 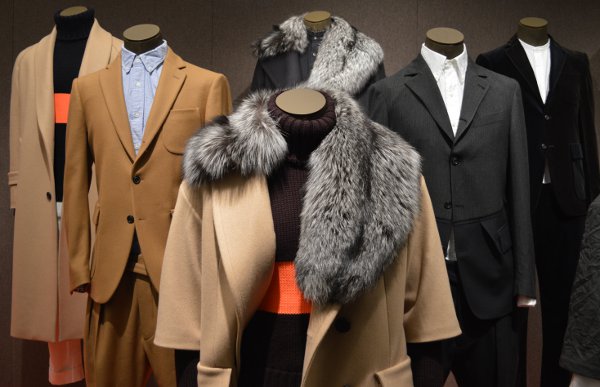 On the other hand there is Scott Schuman, The Sartorialist, who teamed up with ROY ROGER’S to decline his style in a series of garments inspired to the ’70s, in which the proportions are completely re-imagined for creating a new balance made of high-waisted jeans and shortened sweaters. 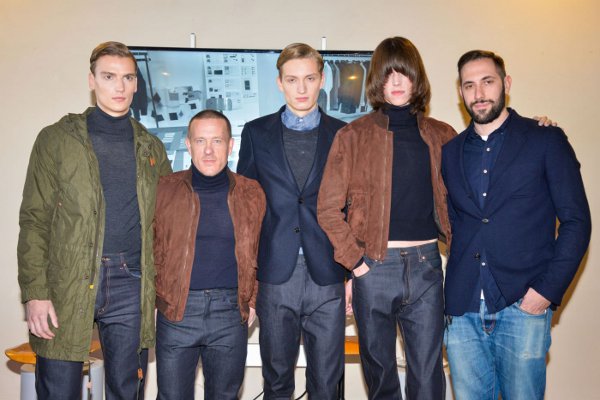 These two collections explain the contemporary menswear from two totally different point of view, and given the age of the “designers”, their way of approaching fashion and the varied target they are referring to, perhaps we can considered these two, as the best representative collections of Pitti Uomo 89.