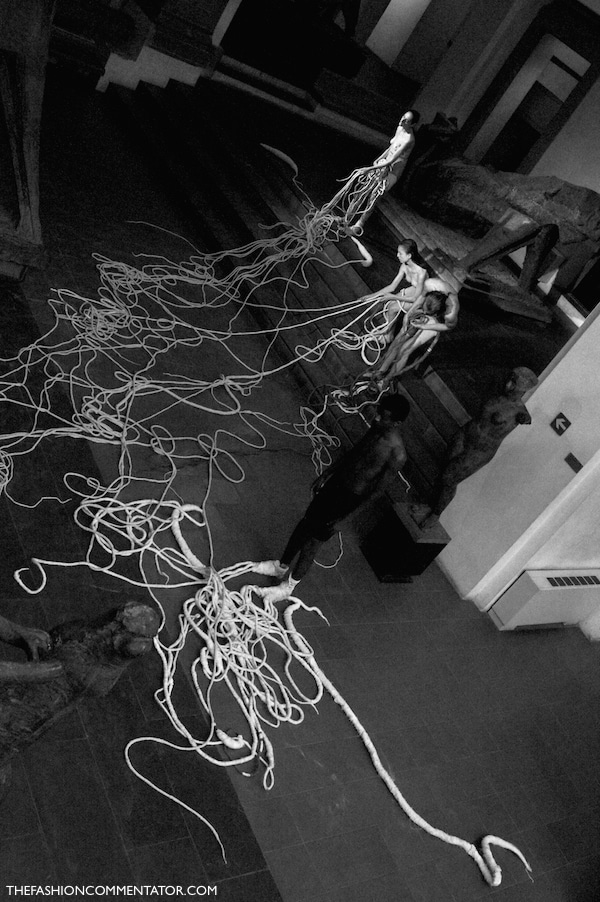 “Beauty will save the world”, Fyodor Dostoevsky professed this thought in The Idiot and The Brothers Karamazov, and after more than a century, it seems to be the only sentence that reassured the art world after the terroristic attacks in Paris of November 13th. For a strange coincidence in the same evening at the Marino Marini Museum in Florence took place the RED performance by Thomas De Falco, the artist who through the wrapping technique aimed to create “a magical net of roots which let flow the desire of inner harmony”. I only wished those roots could have been more deep to arrive to France. 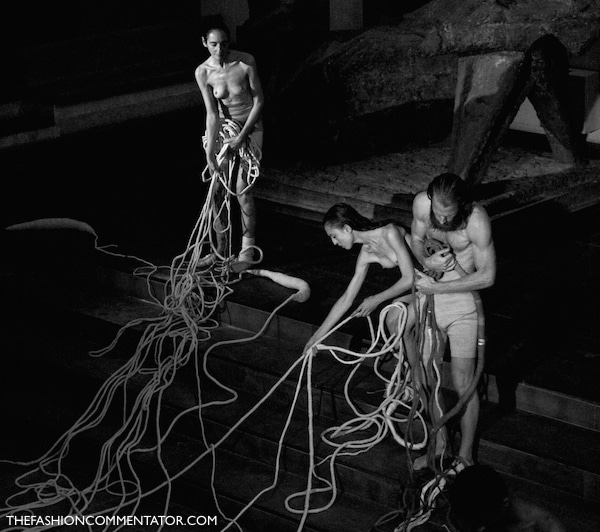 RED performance took place in three different locations within the museum: the large hall under the giant knights by Marini, the crypt and the Rucellai Chapel. Each one of them was already filled of historical and emotional layers, but through the installation of wool, silk and cotton roots, they gained an additional identity based on the combination of the performers’ actions.

In the main hall three naked models with closed eyes, two women and a man, interacted with the environment through imperceptible movements, similar to spasms, until they all got wrapped in a large textile sculpture. Their facial expressions of suffering, happiness and joy were enlightened by a spotlight and reminded several characters in Masaccio’s works and the Flemish painting. 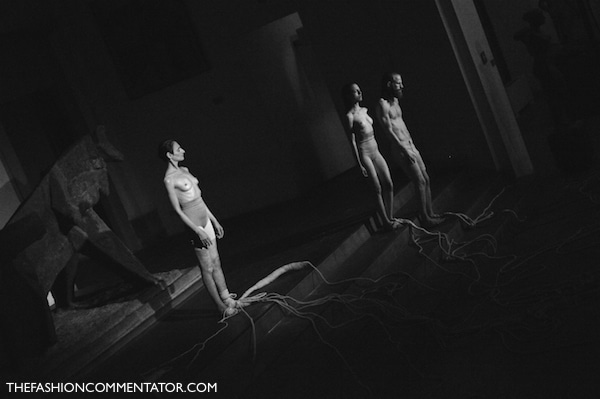 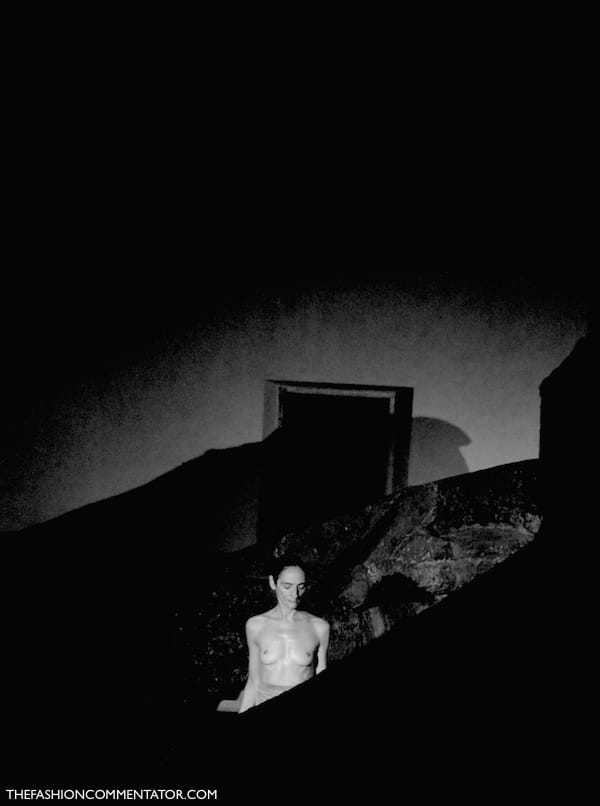 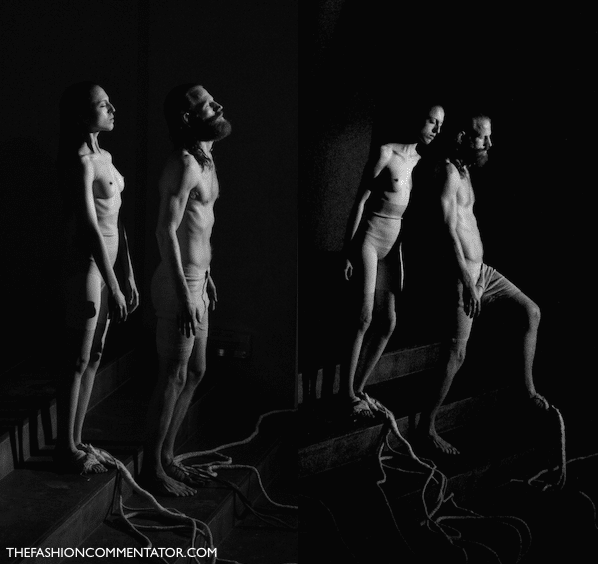 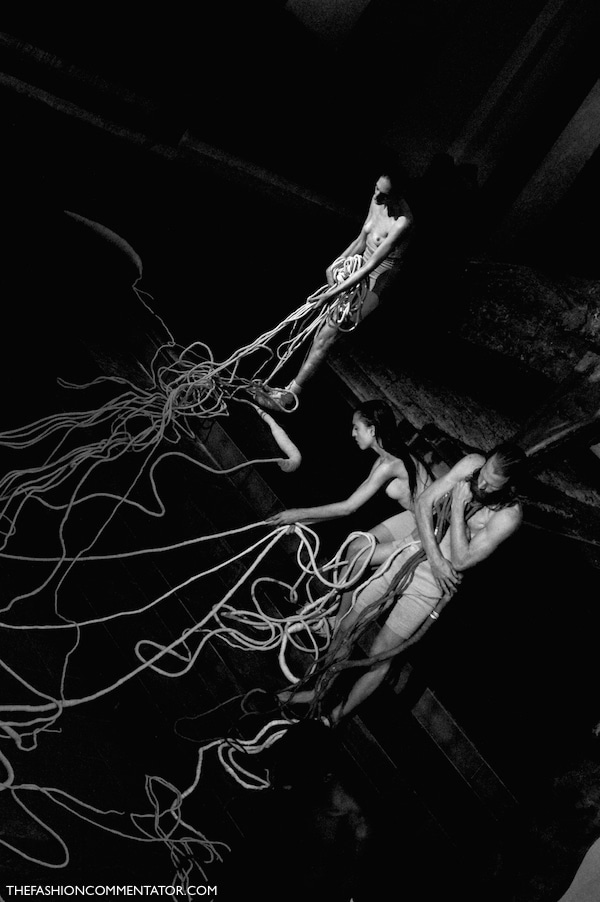 Same atmosphere was in the Rucellai Chapel, where a black guy seemed to take on himself all the energy of the place. The Temple of the Holy Sepulchre by Leon Battista Alberti in the background, not only was a perfect set, but it also seemed to gave a new sense to the performance itself, because it looked like a contemporary addition to the perfect Renaissance composition of the ideal cities theorized (and painted) by Alberti, updating to nowadays this imaginary utopian theme. 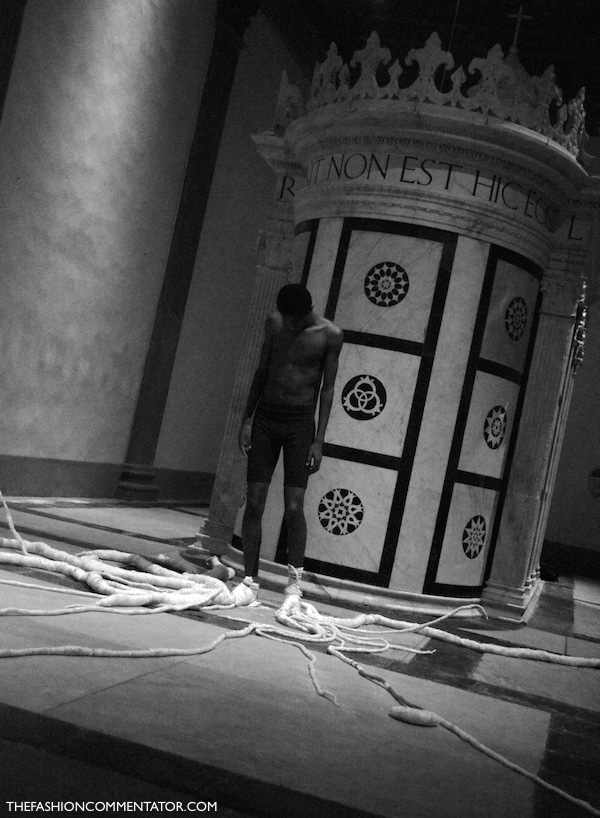 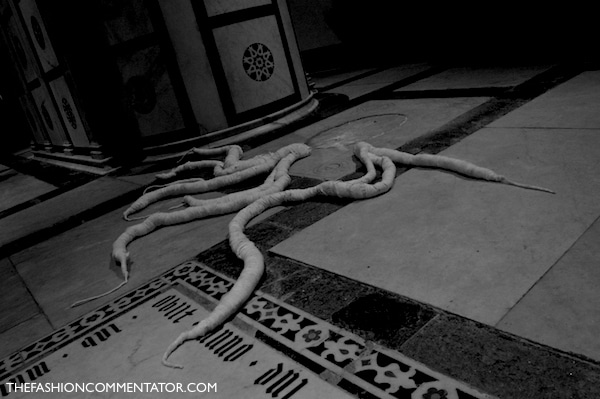 Meanwhile in the crypt there were three children linked together with long cotton stripes, knotted and tied by De Falco himself, who intervened several times on the stage. This scene was featured by continuous changes not only in the positions of the models, first standing, then sitting, then on knees, then lying, but also in the interaction with the large tree on the ground that inevitably brought to my mind the myth of Apollo and Daphne from Ovid’s Metamorphoses and the seven nymphs turned into trees in the Hypnerotomachia Poliphili by Francesco Colonna (1499). 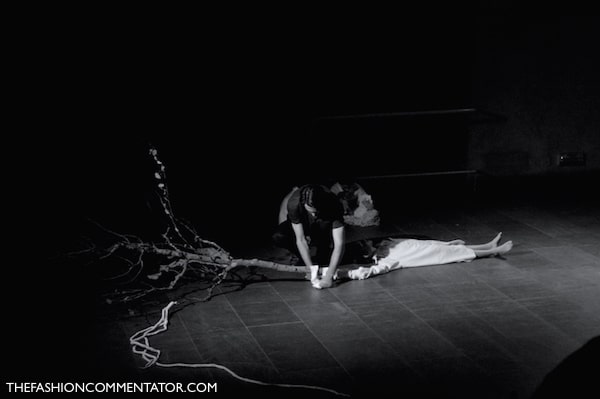 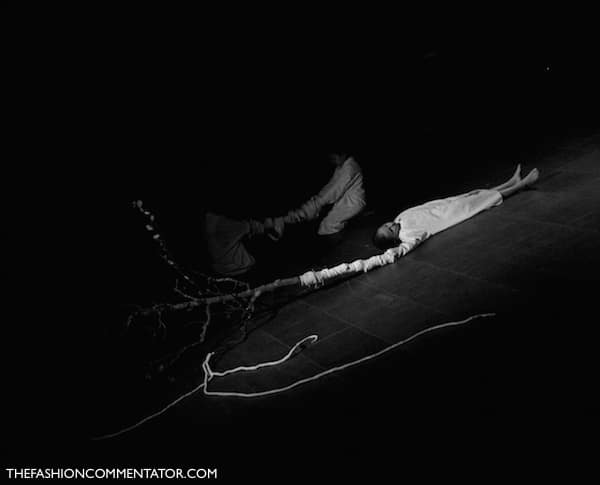 Like it or not, all these involuntary artistic references testify that we live in a world of symbols and archetypes which help us to give a sense to our lives. Today, after a week from what happened in Paris, I like to think that even the wrapping performance by Thomas De Falco is a symbol with which restart to share “a desire for inner harmony and communion with others”, and that’s why when I look at the photos of the RED performance I truly believe that “beauty will save the world”.

In collaboration with: Camilla Morabito, EQUA