Antonio Marras is the perfect embodiment of what I call “poet-designer”.

He is one of the few visionary characters who lives fashion and everything that goes around it, as a means of expression of his cultural identity. I think that due to this reason his invitation and press-kit are the most wanted objects of desire of the Milan Fashion Week; they are like small art works in which he explains his point of view, through images and words inviting the reader to discover a different world. 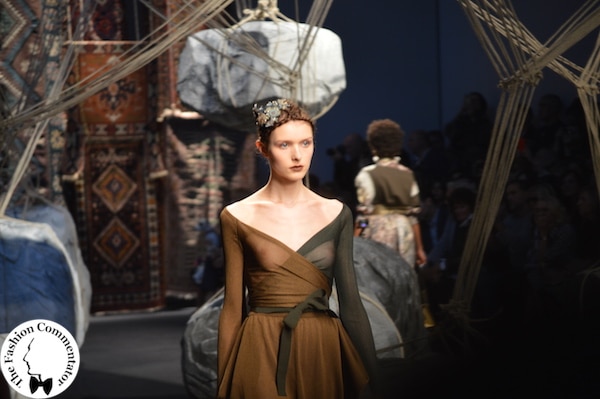 For the Spring Summer 2016 collection Antonio Marras welcomes his guests into a world suspended between East and West, but instead of a fairy tale, this time he speaks about the “hope” of all those people who are escaping their countries due to a war or other political reasons. The same Hope that according to the latest foreign policy updates, seems to be more and more vain. Dealing with these issues through fashion is very difficult and risky, but Marras was able to abstract this reasoning as an ‘aesthetical pretext’ starting from the director Sergej Iosifovič Paradžanov, whose films that recount the Caucasian folk traditions have been censored by the Soviet authorities.

The frames of Paradžanov’s masterpiece ‘The Color of Pomegranates‘ (1969) depicting the biography of Sayat-Nova, Armenian troubadour of the eighteenth century, seem to materialize on Antonio Marras catwalk; the contrast between traditional Armenian clothing and the contemporary lines embellished with gilding and lace, makes you live a confusional state of mind, inebriated by the beauty of the cultural references. The sharp silhouettes derived from the military world (perhaps a reference to the Soviet regime?) are softened with A-shaped dresses and soft lines, declined into striped or floral patterns. It’s the joie de vivre that takes over. 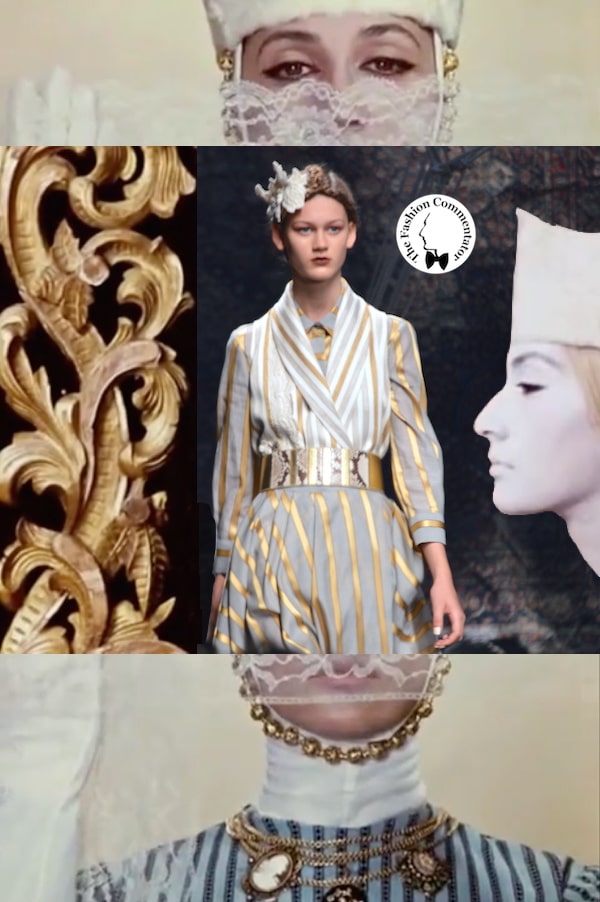 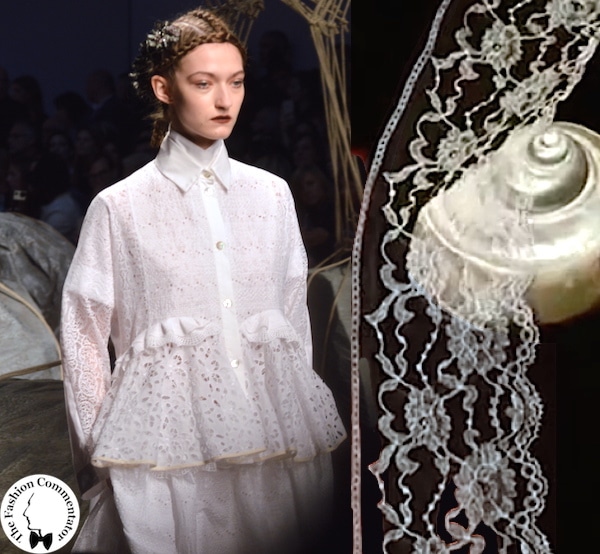 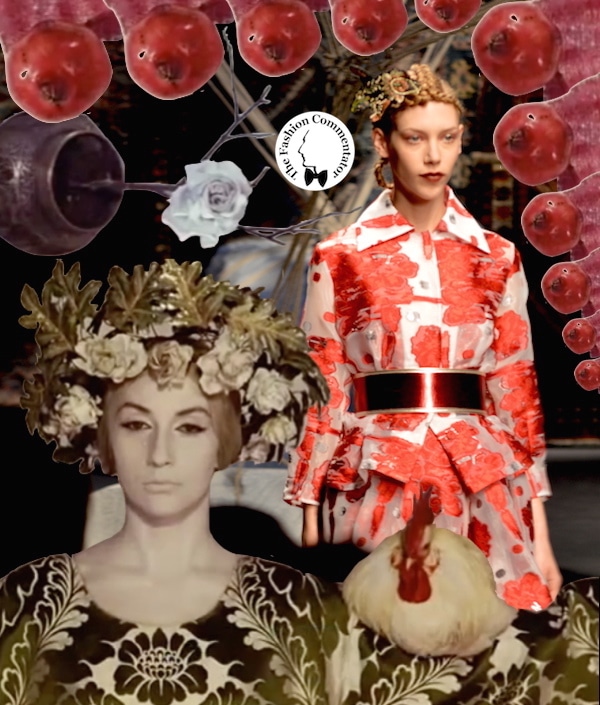 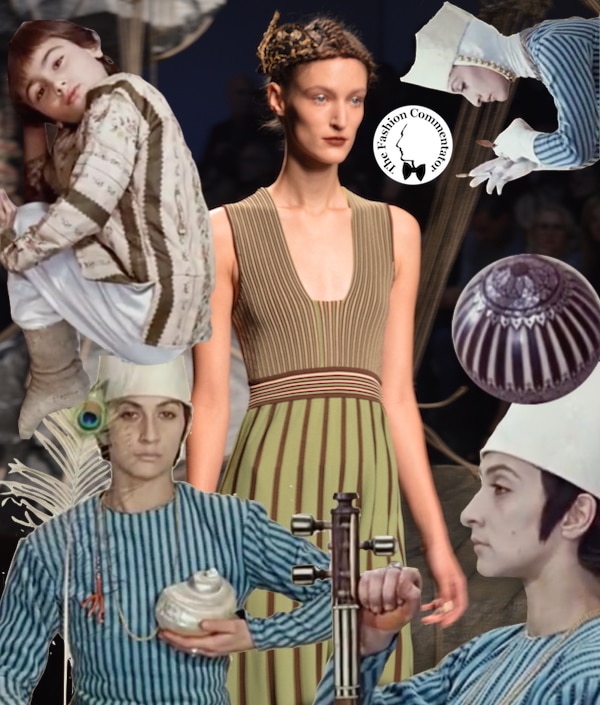 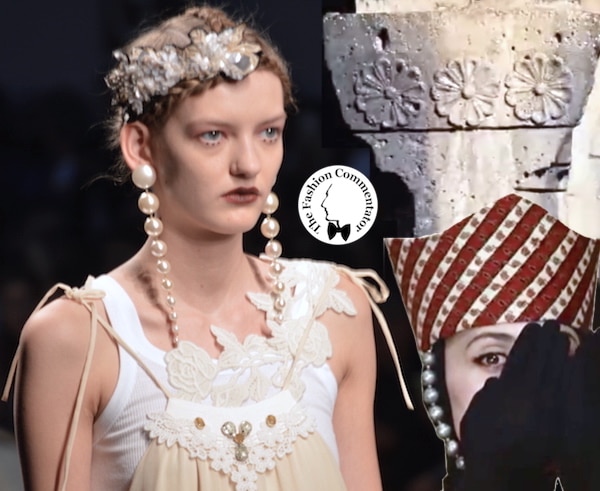 Some particular hairstyles matching military green outfits look like helmets at first glance, but actually they are ‘romantic masses’ of braids, jewelry and applications that remind traditional turbans, tiaras and headdresses on which hairstylists spent hours, just like the women still do in the Middle East.

At every Antonio Marras show you can’t help but feeling ignorant (in a positive sense); you can just leaf through the press kit to discover the inspirations, and while reading, you realize that you would love to spend a few hours talking with the mind who created all that beauty, trying to absorb his culture like a sponge.

In addition to this, the whole show is spectacularly packed into a hymn to contemporary art, where the beautiful carpets encrusted with gold leaf by Saleh Mahmoud Mohammadi (hanging from the ceiling as in some scenes of Paradžanov’s film) become the stage from which come out a procession of models wrapped in white lace dresses, which the designer describes as – A guiding light of hope for the freedom of all people on the run.

Credits: All photos and collages by The Fashion Commentator; frames from The color of pomegranate.