September is upon us and many people here in Italy already returned to work. The fashion world is slowly awakening from the lazy mood of the summer vacations, and in a few days we will get on the carousel of the fashion shows, but before discovering the trends for next summer (which will always be the same: white, striped, lace and colors), The Fashion Commentator starts the season with #FashionLoop, the column dedicated to the ever-recurring cycles of fashion! 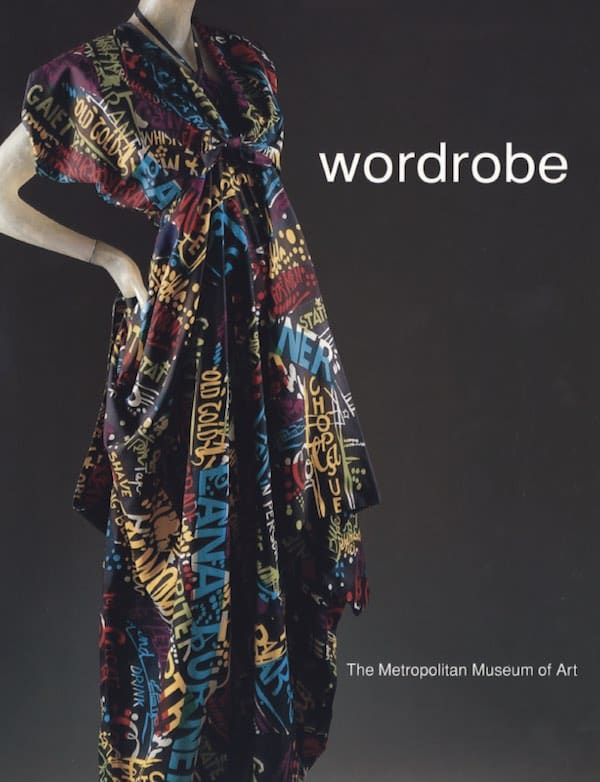 Today I talk about ‘Lettering‘, the practice of using words and letters of the alphabet as decorative motif, which is very common in many artistic disciplines since ever, for axample graphics, architecture, painting and fashion. If you think about it, in fact, it is not so hard to find designers who regularly use of this special pattern, and not surprisingly, in 1997 the Metropolitan Museum of Art in New York curated an entire exhibition about this topic, ironically entitled “Wordrobe“. 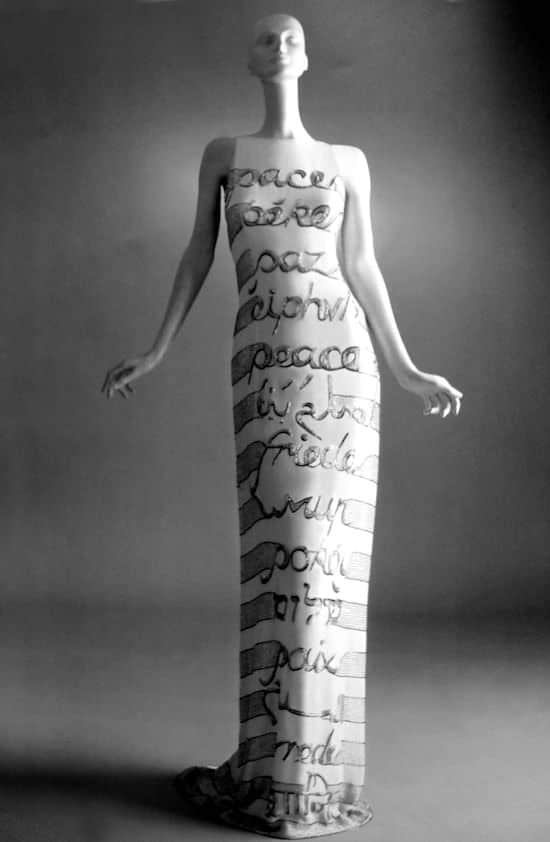 The particular combination of fashion and lettering immediately brings to mind the iconic “Peace dress” by Valentino from 1991, made during the Gulf War with the word PEACE embroidered in 14 different languages, but among other outfits that made history, we can’t forget the funny newspaper ensemble by Franco Moschino (worn also by Fran Drescher in the comedy series “The Nanny”) who in 1992 reported the iconic pink pages of the Gazzetta dello Sport, the most popular sport newspaper in Italy, with the imaginary heroic deeds of the Abbiategrasso (the hometown’s football team of Moschino);

or the stylish chronicles of The Christian Dior Daily, the newspaper written by John Galliano, printed all over on the garments of the Christian Dior ready-to-wear autumn winter 2000 collection, later immortalized in the collective imagination by Sarah Jessica Parker who wore one of that dresses in Sex and the City. 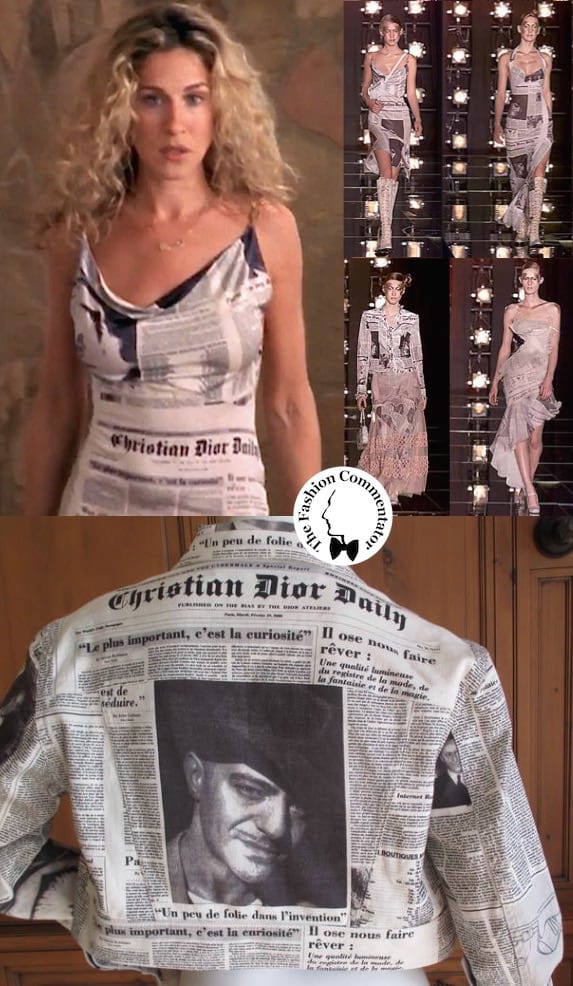 I could go on for hours talking about ‘lettering in fashion’, but among the many examples I have chosen to dedicate this #FashionLoop article to a direct comparison between the unconventional styles by Rudi Gernreich, the childlike spirit of one of the latest collections of the D&G second line, and the high-tech logo mania by Alexander Wang.

The Alphabet minidress is from the autumn winter 1968 collection by Rudi Gernreich, the Austrian designer, known for creating the first vinyl dress and the topless beachwear. In this case the defiant and provocative nonconformity of his research has a Pop sensibility, but at the same time, with hindsight, I would say that is also highly symbolic. This dress completely covered of letters looks like a totem, is a new Rosetta Stone to understand the language of contemporary fashion, a master key to the fashion of the future … or at least, the fashion inspired by it. 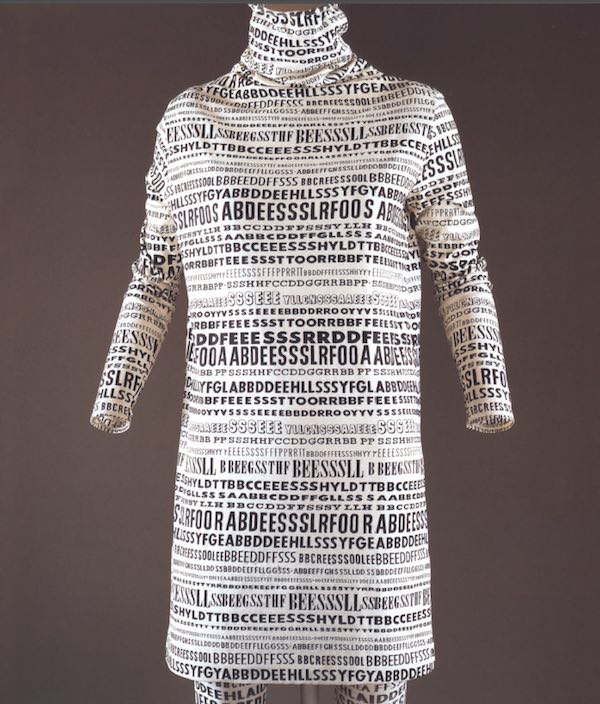 We can find lettering also in the D&G autumn-winter 2011 collection, one of the latest designed by Domenico Dolce and Stefano Gabbana before the closing of the line. For Dolce and Gabbana the alphabet is playful, it’s a confusing decoration in acid colors reminiscent of the lights of Las Vegas, but also a fun ABC book on which the children learn to read and write (do they still exist?). A, B, C, D&G. 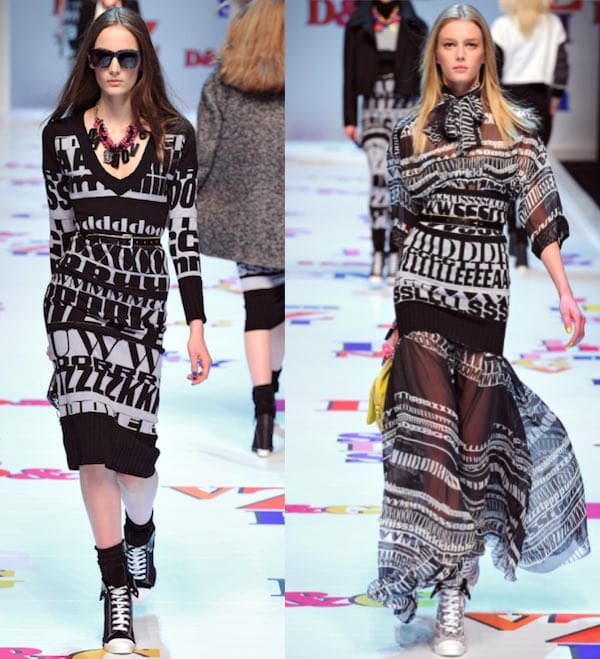 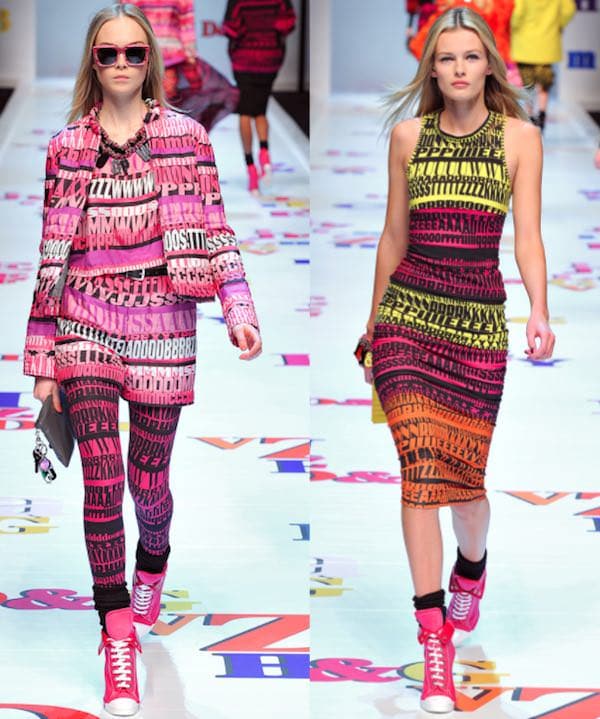 I conclude this #FashionLoop article with Alexander Wang. His sporty-chic autumn winter 2014 collection, deeply featured by American style and designed for having success in the Asian market, revamped the logo-craze after several years of minimalist understatement. The alphabet letters materialize in prints and lasercut hightech effects and follow one another as if they were a mantra. They are not arranged in disorder. Their message is loud and clear. Alexander Wang is the new black! 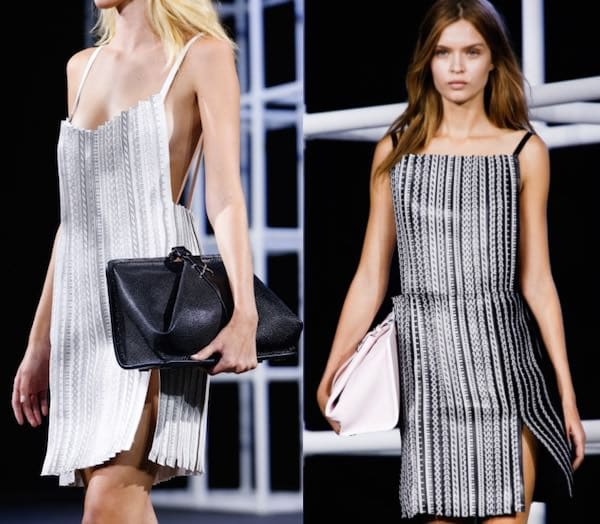 Photo credits: style.com; screenshots of The Nanny and Sex&theCity from youtube; metmuseum.org

1 thought on “FashionLoop #3 – Lettering in Fashion”