Never like before Pitti Uomo turned out to be a real hotbed of emerging talents thanks to the scouting initiatives as Pitti Italics, The Latest Fashion Buzz and the famous contest in Who is on Next?UOMO in collaboration with L’Uomo Vogue. Then, in addition to these projects, there are the emerging designers who showcase their lines inside the Fortezza, thanks to which Pitti Uomo is confirmed to be THE ONLY event to record the global trends in men’s fashion. 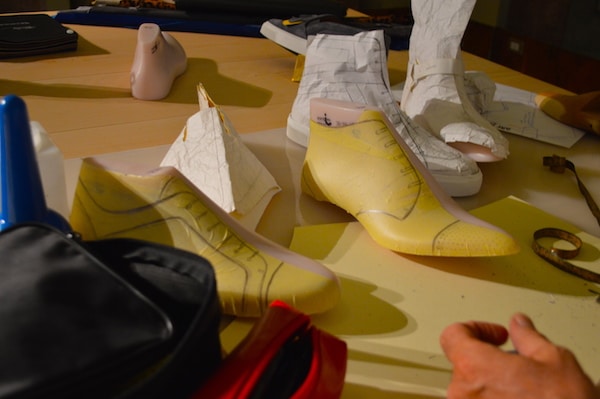 The new brands involved in Pitti Uomo are so many that there is plenty of choice, but certainly most of the spotlights right now are focused on the protagonists of Pitti Italics, the program through which the Pitti Discovery Foundation supports the new generation of fashion designers that design and produce in Italy, with a promising international projection.The Pitti Italics series of events opens with Arthur Arbesser, one of the most sophisticated emerging designers who showed a collection inspired by Italian industrial design of the ’80, putting in the huge spaces of the Stazione Leopolda in Florence, a series of furniture by Ettore Sottsass, reproposing his inspirations through the mix of men’s clothes and female frills, all declined with experimental materials in all the shades of acid colors.


As modest as creative, Arthur Arbesser is considered as the most important emerging designer of the moment. Professor of the fashion design course at IUAV in Venice, winner of the Who is on Next?2013 prize after 7 years alongside Giorgio Armani, finalist of the LVMH Prize in 2015, as well as new creative director of the brand Iceberg, since a few years Arbesser enchants the audience of Milan Fashion Week with his presentations-performance in which the arts influence and confuse themselves.

His first presentation I saw was the SS2015. It took place in an old industrial site in the heart of Milan, where dusty decadent rooms came to life thanks the dialogues between the photographs of Carlo Valsecchi hung on the walls and the clothes inspired to contemporary artworks by Blinky Palermo and Isa Genzken.


The second performance I attended was the FW2015, where Arbesser associated Design and Music. The Salone dei Tessuti in Milan was pervaded by the songs played by the Austrian composer Antoinette Van Zabner, while the models were enjoying the concert sitting on a set of chairs designed by Viennese designers from the 19th century. These are the best unforgettable moments for the busy schedule of the MFW, which invite the spectator to think and reflect on the value of the arts.
Different story for the couple Louis Leeman and Erica Pelosini, who exclusively for Pitti Italics, opened the doors of their new headquarters to celebrate and showcase the creative universe of Louis Leeman men’s shoes. In the rooms of the ground floor of Palazzo Pandolfini, Florentine architectural gem designed by Raphael, under the beauty of ancient decorations including stucco, chandeliers and stained glass with grotesques, are shown loafers, sneakers and iconic slippers that made the brand recognizable around the world since the beginning. I still remember when I saw them for the first time at Pitti Uomo: it was the “new dandy era” (very long time before the hipsters), and the beaded slipper  with tassels by Louis Leeman were a must. That’s why I was very happy when I read the name of Louis Leeman in the Pitti Italics protagonists. Who knows, maybe after the shoes and the new line of accessories, it will come the turn of a clothing line.
It is no accident if I end the Pitti Italics series with Casamadre, the emblematic couple composed by Alessia Crea and David Parisi.

Certainly for the readers of The Fashion Commentator they are not a novelty, because I already talked about them on the occasion of their debut following the victory at the Who is on Next?UOMO contest back in 2014 with a collection of shoes inspired by the dark atmosphere of the romantic world of the circus. But now is time of another debut, as clothing designers, with a total look collection where the circus aesthetics deepens its roots in the gypsy tradition. You can feel the 70’s vibe and everything looks very sophisticated thanks to the unusual proportions of the cuts, with smoking jackets made of fluid fabrics and the futuristic metallic leather footwear, all perfectly matched according to the bizarre Casamadre style.