Until August 30th the exhibition “Tamara de Lempicka”, produced by 24 ORE Cultura and Arthemisia Group, turns the Palazzo Chiablese in Turin into a documentary catalog in which photographs, newspaper clippings, magazine covers, drawings, films and paintings, unmask every secret of the great painter. Room by room, the curator Gioia Mori analyzes episodes and themes that led Tamara de Lempicka to be who she was and still is: a female model of strength and independence; an intimately and emotionally fragile woman; a not very caring mother, but haunted by the presence of the daughter; a glamour icon in every age in which she lived; but above all, a worldwide recognized artist and perhaps the sole really able to capture the zeitgeist in her works.

The exhibition path begins with a long timeline that projects the visitors into a sort of fictional novel life in which the persona’s aura merges with the real person, at least until it gets to the heart of the artistic production of Tamara de Lempicka. Her sculptural and sensual style was the original fruit of a life spent in “Beauty”: at first, with the family in the most exclusive Russian society (early twentieth century); then, next to her noble husband, the Polish lawyer Tadeusz Lempicki (married in 1916); then, in Paris, where she began her life as an artist exhibiting at the Salon des Independants and d’Automne, but also living her sexuality at full, intertwining relationships both with men and women.

She traveled worldwide, also in Florence to study the Manieristi, and while her artist quotations went up, her personal life seemed to fall apart: she divorced from her husband, who was also unfaithful, and a few years later she married the Baron Kuffner (1928), but she will never stop of dating other women.

Tamara de Lempicka and the fashion

Despite the several sections of the exhibition highlight the passions and life events which affected the thematic and stylistic changes of Tamara de Lempicka’s paintings, the recurring leitmotif of her work is the geometric composition which reminds the layouts of glossy magazines, probably due to her Parisian debut as a fashion illustrator.

The photos on display show the excellent fashion taste of Tamara de Lempicka, who frequently posed as a diva wearing her fancy hats and pieces of jewelry, but also her paintings can be considered as “trend detectors” because she used to reproduce the latest fashion styles, such as the bias cut dresses by Gres, Vionnet and Rochas, on seductive models (her lovers and friends).

It’s no surprise that the richest women of that period wanted to be portrayed by the female artist who was taking the place that Giovanni Boldini had on the late nineteenth century in Paris. However, the fascination evoked by the photos, clashes with the reality of her neurotic gestures immortalized in the short movies on show, that almost disturb the image of the perfect woman she wanted to look like. Nevertheless, it is impossible to resist to her charm.

Tamara de Lempicka and the contemporary

The contemporary style of Tamara de Lempicka not only is visible in her paintings, but also in the interiors of her houses scattered around the world. It’s quite impressive seeing how her talent as a very unique artist allowed her to get some media feedback also in other fields, including interior design (thanks to her sister, a well known architect) anticipating or following the trends with elements and details such as:

the armchairs’ upholstery decorated with stylized initials in her Paris apartment, several decades before the birth of the concept of “brand logo”; 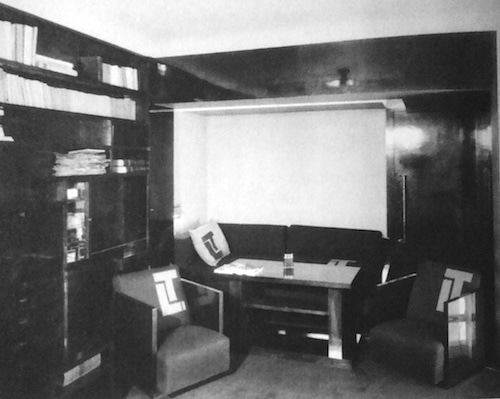 or the white painted Baroque furniture, which created a sharp contrast with the bright colored walls of the apartment in New York, according to the American taste that we can still find in lots of movies. 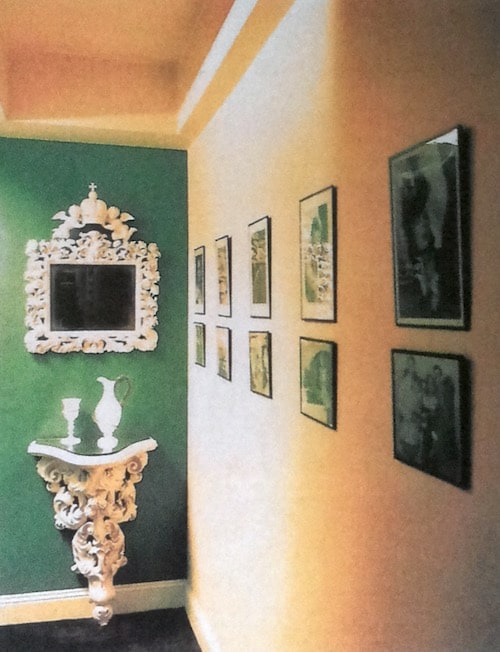 Another interesting feature analyzed in the exhibition is what I like to call “the Mystical phase”, a life period lived also by many artists before Tamara de Lempicka, who after having devoted their life to sensual subjects, have discovered an intimate religious dimension into which withdraw.

Madonnas, praying virgins, but also motherhood scenes reveal that behind the success come with nude bodies, there was also an intimate sacred dimension that reached its acme in “The Mother Superior”, the portrait of the Mother Superior of a convent near Parma (Italy) that Tamara de Lempicka visited in 1935 when she was suffering from depression. Actually the painting was made in New York in 1939 during a three weeks time of creative ecstasy which led her to portray the face of the weeping Mother Superior, who seemed to take-charge of “all the sufferings in the world”.

Despite the absence of many well known paintings, the exhibition deserves an extremely positive review (especially if we consider its contents), a part from the set-up which is definitely its weak point.

In the first introductory rooms there is a very interesting timeline full of dates, texts, images and pictures, but on a whatever Saturday morning it turns into a circle of Hell, especially considering the highly anticipated flux of tourists due both to the Shroud Exposition and the reopening of the Egyptian Museum (the most important of the world, after the one in Cairo). Adding a room would avoid the pilgrimage of impatient readers in front of too long captions and too small pictures. In addition, along the path, most of the captures of the paintings are positioned at a too low height or are too dimly lit; but is only in the last room that you can live the most unpleasant feeling of the path, because the visitor is suddenly catapulted from the beauty of de Lempicka’s works into the bookshop without any kind of filter.

Apart from these details concerning the set-up, the exhibition offers a new view on the myth of Tamara de Lempicka and the curator Gioia Mori is once again confirmed as the greatest researcher and expert in the world about this iconic artist, and maybe also her closest friend; after all, in the age of virtual relationships, the fact that the artist is no longer alive is just a detail.