On January 25th will close “Omaggio al maestro Piero Tosi”, the exhibition curated by Caterina Chiarelli, with which the Costume Gallery of Palazzo Pitti in Florence celebrated both the Academy Honorary Award of the costume designer Piero Tosi and the 50th anniversary of the Sartoria Tirelli.

An exhibition in which the unique costumes donated to the Gallery by Umberto Tirelli in 1986, come back to life by tracing the significant stages of the long careers of Tosi and of the Tirelli costume shop, worldwide recognized as pride of the Italian cinema industry. 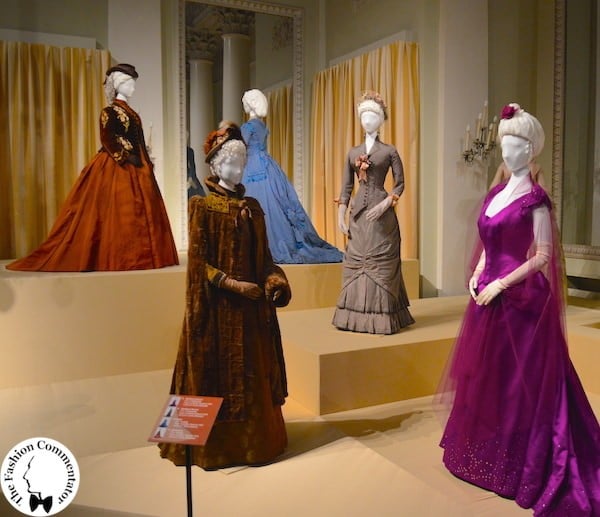 These were the few-but-sharp words said by Piero Tosi to the curator Moreno Bucci while they were choosing some sketches that had to be published in a commemorative volume of the Maggio Musicale Fiorentino. Through this and other funny anecdotes reported by Bucci at the presentation of the exhibition catalog, Piero Tosi turned out to be a true perfectionist like Michelangelo, who was used to destroy his early artworks recognizing in them too many mistakes. Nevertheless thanks to his “aim at perfection” Tosi is one of the artists who contributed to make Italian cinema a “sublime art between the contemporary arts”. 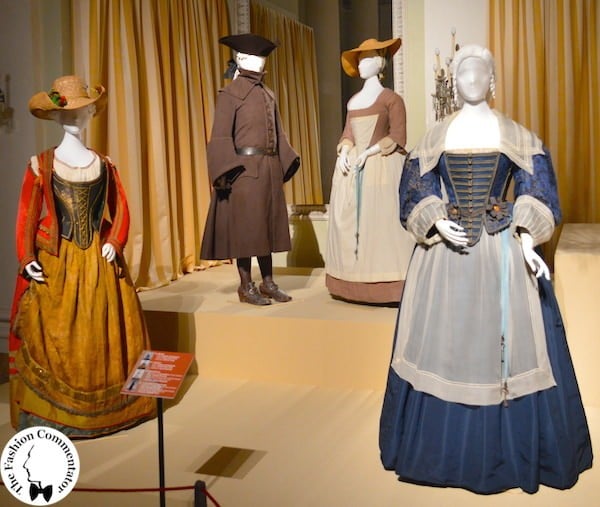 Omaggio al maestro Piero Tosi celebrates the genius of a man starting from his creations and despite there are just 15 costumes on display, I’ve found 3 good reasons not to miss this terrific exhibition.

1) The clothes of the Myth

The small selection of dresses hosted in the ballroom of the Palazzina della Meridiana bursts in the exhibition setting of the Gallery with the vivid tones of the costumes created for Pier Paolo Pasolini’s Medea in 1969.

Every single pleat, amulet, embroidery, veil or headpiece reminds me of archetypal and ancestral images coming from the origins of the Western culture. It’s impossible to stay calm in front of the heavy medallions hanging from the hieratic costume of Medea worn by Maria Callas. Her natural pale face without make-up contrasted with the dark costume and in the film seemed to shine like a full moon in the deep blue of the night.

The Colchis Dignitary with his layers of orange rags and the strange horn headgear arouses fear and astonishment into every visitor; while the Colchis Soldier with his dusty clothes and the carved leather helmet seems to have survived years of bloody wars on the battlefield.

In the end, the vibrant red shades of the costume of Jason, so close in style to Mariano Fortuny‘s (1838 – 1874) pleated dresses inspired to the ancient Greeks’ tunics. The mix of red shades on pleated fabrics in this case contributes to describe the restlessness of the character played by Giuseppe Gentile.

These four costumes are worth the visit to the Gallery.

2) A jump in the video shop

Unfortunately I could not attend the opening event because I was in Paris for the Fashion Week, but I had the chance to see the exhibition on several occasions in the following months, and I can say that every time I felt the need, or rather, the desire to watch again all the films with Tosi’s costumes. In fact, despite in the exhibition set there was a TV screen with scenes and photos taken from the movies, the beauty of some costumes invites to discover the study that Piero Tosi faced every time he wanted to convey not only the style of an era, but also the psyche of each character.

3) Italians do it better

When I think of Piero Tosi my mind immediately goes to the excellent names who have worked with him such as Zeffirelli, Visconti, Pasolini, but also other professionals like Dante Ferretti, the Oscar-winner set designer known to the fashion world for the 45th anniversary party of Valentino inside the Temple of Venus in Rome (the preparation of the set is filmed in the fashion documentary The Last Emperor by Matt Tyrnauer).

All these artists have many things in common, but the first one is their “being Italian” and I like to think that thanks to this quality the Italian cinema has lived many unforgettable seasons.

Omaggio al maestro Piero Tosi ends on January 25, but for all those who can’t be in Florence, soon on the website of the Costume Gallery will be uploaded the virtual tour of the exhibition and of the whole museum made by Studio Logo with the support of the Rotary Club Firenze Brunelleschi; a good opportunity, even for the regulars of the gallery, to discover details normally invisible with the unaided eye.