Looking at the last two weeks of menswear fashion shows in London, Florence, Milan and Paris, seems that fashion designers aim to redefine the men’s sexuality introducing in their collections particular items that invite us to think about the role of garments and how they condition our behavior. 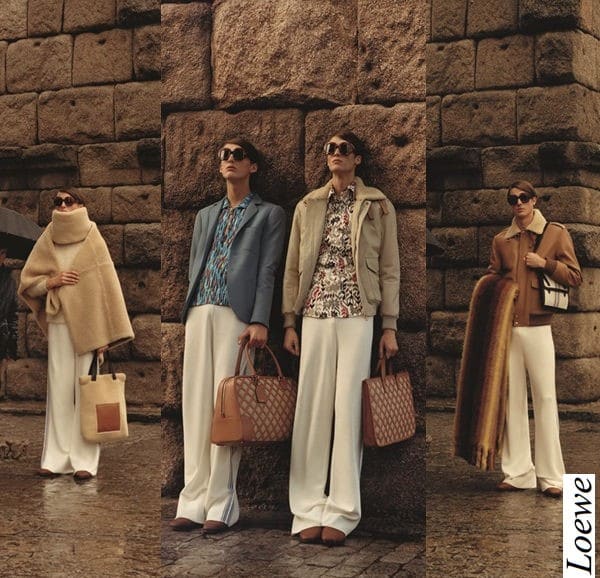 Gender bending is the new black

For over two decades the aesthetic reference for male models has been mainly based on the physical features of ephebic androgynous hairless boys, but never as this year designers have given a stir redefining the “dressing like a men” rules, asking if the gender distinction still makes sense in fashion.

When we are children society imposes on us colors, feelings, habits and clothes basing on our gender, letting us to grow up with ideas and prejudices that will condition our lives, so that once passed the teen-age period we become ordinary people who drive on safe routes.

The “punishment” for even try to get out of these paths will make you to be considered as a freak, a wacky, a faggot, a creative type, an alternative, a “very sensitive” or, most commonly, a crazy person.

Of course nowadays things have changed than in the past and everyone is free to express his own sexuality, but actually not everywhere. 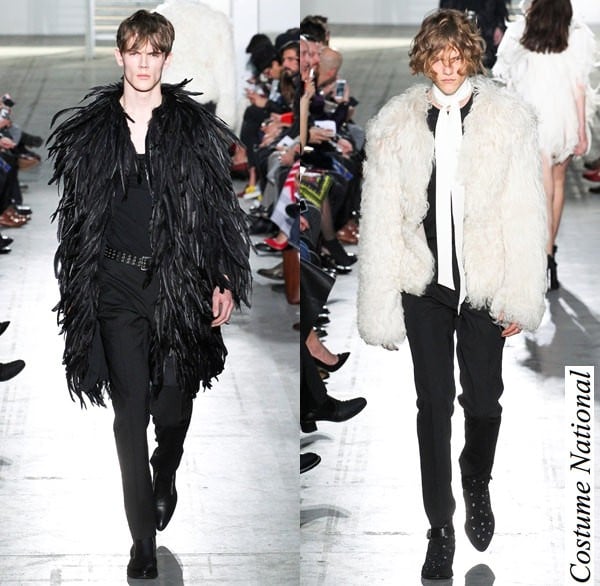 Italy is a country in which prejudices die hard, especially in the small communities where diversity is mocked and denigrated, but despite the open-mindedness claimed by the fashion world and on the internet, was quite shocking to notice that after the debut of Alessandro Michele as new creative director of Gucci, even the most enlightened opinion leaders were actually just a bunch of puritans. 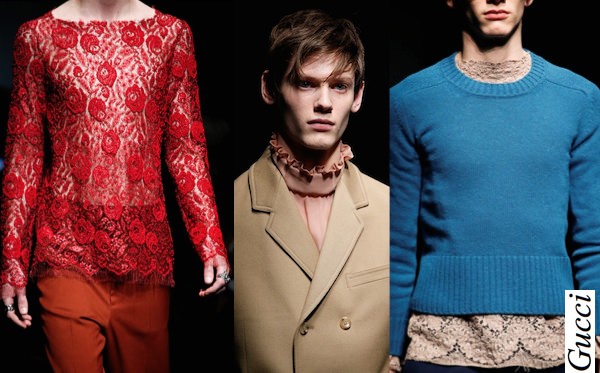 Even I thought and said on social networks that the collection was “too gay” because in addition to references to old Prada and Saint Laurent collections, Alessandro Michele introduced very feminine items such as silk blouses with bows at the neck, floral lace knitwear garments, fur slippers and knit berets to gather long hair. Finally, to make matters worse, on the catwalk there were also female models “dressed as men”, demolishing any kind of certainty about the gender of the Gucci man, but especially erasing in 10 minutes 10 years of the commercial pseudo-dandy aesthetic imposed by Frida Giannini. 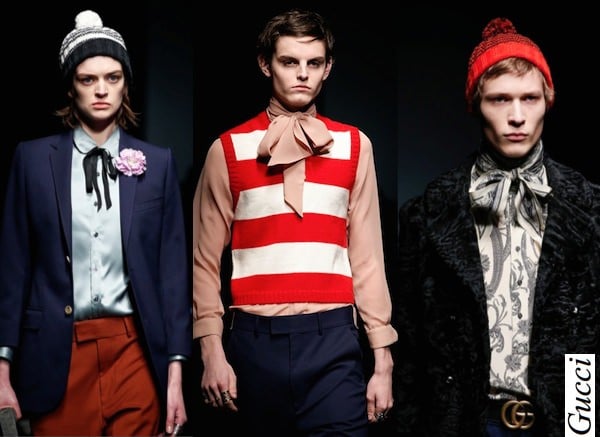 I watched the Gucci show several times until I realized that the real issue of the collection was not if there were anyone interested in buying it, but why I wouldn’t dare to wear it.

And the power of the collection lies in these two questions because it is not a simple consumer product, but a collection that makes you think, revealing that maybe you’re not as free as you thought to be and you are not the rebellious teenager of the past anymore. 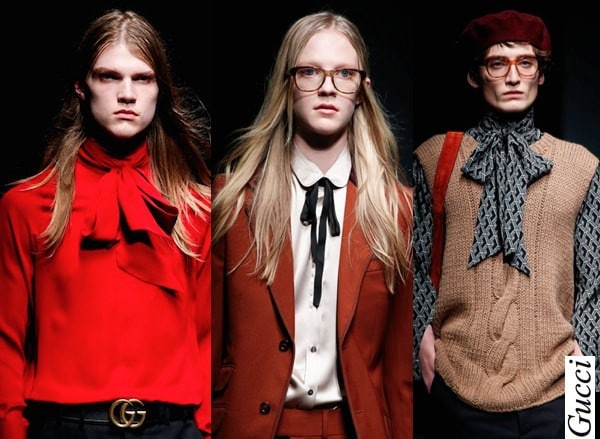 There’s a new trend in the air

Can one collection condition the fashion trends of an entire season? Certainly not, but actually Alessandro Michele at Gucci was not the only one to call the male wardrobe into question.

A few days earlier, the Malaysian emerging designer Edmund Ooi brought on the catwalk of the Armani Teatro a collection whose purpose was to break the rigid boundaries of men’s fashion by adding typical womenswear elements.

He gave birth to a wardrobe that portrays the carefree and experimental spirit of the teenagers, showing knee length dresses and mini-skirt suits under classic long coats, maintaining clean lines without special caricatural effects, as if those items had always been part of the menswear codes. 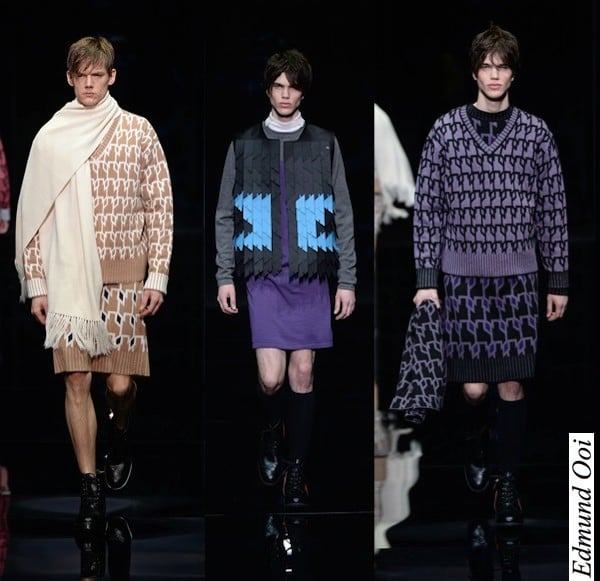 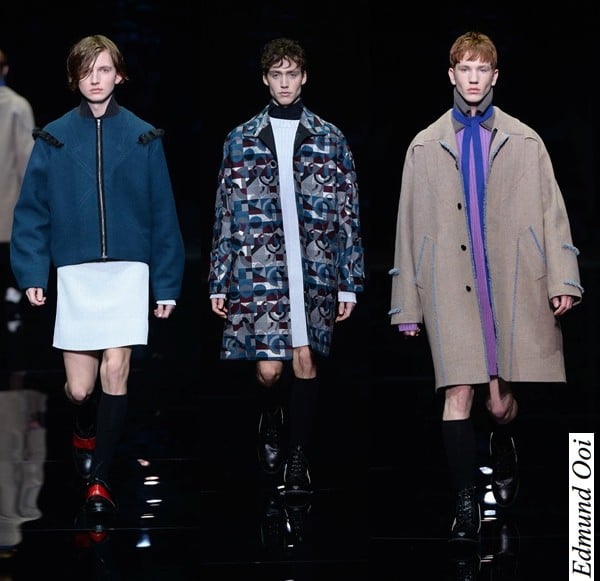 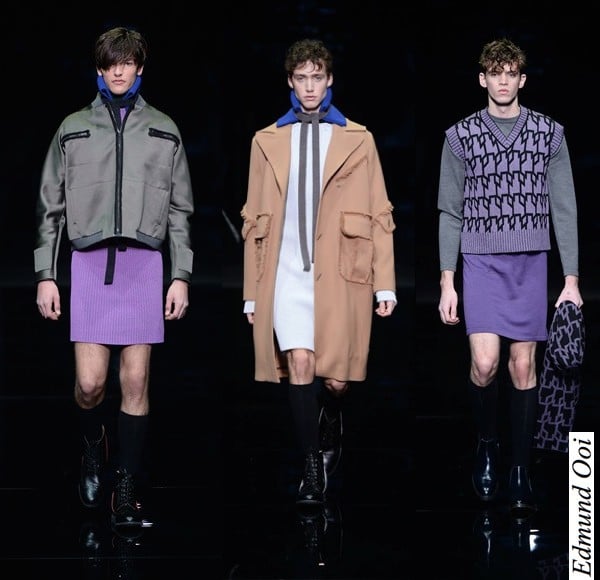 To conclude: Can we consider a man who wears skirts, lace sweaters or a feather coat a better person than the others?

I personally don’t think so because we are not talking about it from an ethical point of view. Who wears (or will wear) these garments is just free from the closed and hypocritical schemes of the society.

But I have a new question for you: now that the boundary between female and male aesthetics is more fragile and the gender bending is becoming a fashion trend, the brave man who wears skirts, lace sweaters or feather coats will be downgraded to a mere victim of a fashion trend or will be always considered as a free spirit?

6 thoughts on “Gender bending is in fashion this year!”