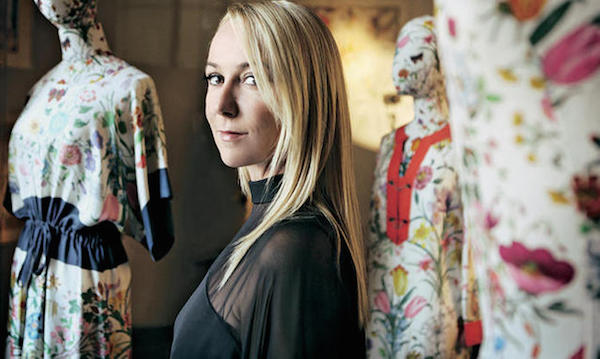 After repeated denials, Patrizio Di Marco and Frida Giannini leave Gucci, but the fashion world doesn’t seem so surprised by the Kering’s notice.

There are many reasons for the fall from Paradise, but the latest financial data with the sales decrease of -3.5% and the lower performances recorded since the third quarter of 2009, gave François-Henri Pinault the opportunity to get rid of one of the most cumbersome couples of his rich portfolio of luxury brands.

Leaving aside the financial technicalities regarding the re-positioning policy of Gucci with the rise of prices (+40% in 4-5 years), I want to focus this article on the women’s fashion choices made by Frida Giannini in about ten years as the creative director of the Florentine brand. For a long time, she tried to eclipse her predecessor Tom Ford. Even if she got great sales success (especially at the beginning), her lack of innovation and creativity in the latest collections (perhaps due to the security of her both professional and sentimental position, as the partner of the Gucci CEO Patrizio Di Marco) had a bad influence on the desirability of the brand. 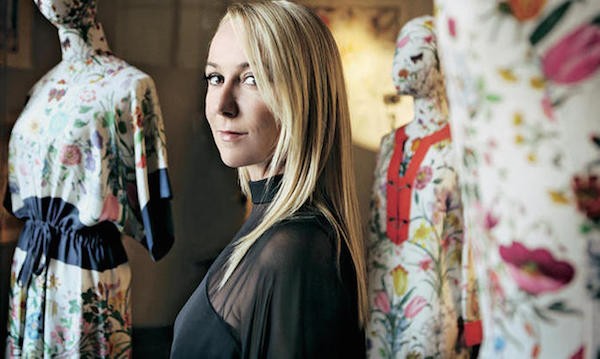 Legend has it that Frida Giannini was part of the design team of the famous Fendi Baguette handbag in 1997. Tom Ford, Gucci’s creative director since 1994, was struck by the virality of this little bag, which spread under the arms of all the Hollywood stars. So in 2002, perhaps following the proverb “keep your friends close but your enemies closer,” he wanted Frida Giannini at Gucci as head designer for leather goods, contributing to the maximum expansion of the double G logo according to Ford’s diktat. After the departure of the American designer (2004), Frida got a huge success thanks to the Flora collection with which she proposed on all the summer accessories the iconic floral print of the scarf designed by Vittorio Accornero for Grace Kelly (1966). Then, after having taken the place of the woman fashion designer, replacing Alessandra Facchinetti in 2005, she became the one and only creative director of all the lines of the fashion house in 2006.

Very young, just in her early thirties, Giannini has to deal with the aggressive, provocative, and sensual style that Tom Ford instilled in the aesthetics of the brand. That kind of Gucci woman was very far from her sensitivity, and it was no coincidence that her first show astonished everybody. Giannini put on the catwalk a collection of Tommy-Hilfiger-inspired bicolor t-shirts and reintroduced prints in the monochrome universe of Gucci. Those super criticized “immature naive mistakes of a thirty-year-old woman” turned out to be a hit in stores. The history repeated itself until 2009, dividing the opinion into two factions: on one side the press, indignant about Giannini’s style changes following the desires of the market; on the other hand, the happy customers who lead the sales skyrocketing. Season by season there was a continual succession of very different inspirations and themes: from sporty-chic switching to the 80s glam rock, then the 70s gypsies, the 40s with Schiaparelli inspired evening dresses, then the colorful embroidery and prints of Russian folklore, the disco-mood with the launch of ultra-slim pants, the California mood with exotic prints. Every ready to wear collection was accompanied by the reissue of iconic bags such as the New Jackie O’ or the New Bamboo bag, featured by re-newed shapes and colors specially made for younger customers.  This constant reference to the archive brings Frida to worldwide success, launching a sort of fashion trend which many historic Maisons begin to emulate by recovering the “heritage” of the brands.

The turning point for the clothing line comes with the spring-summer 2010 collection, Frida is a more conscious woman, and her style begins to claim a “research” for forms and materials, which makes Gucci one of the most influential trend leaders of the Italian fashion week. The SS 2010 collection goes down in history for the formidable reinterpretation of sports high-tech fabrics as the parachute. Which combined with belts, elastics, perforated suede, and horse-bit buckles become the quintessence of luxury, anticipating of 5 years the sporty-chic trends of the present day.

The autumn-winter 2010 collection confirms that Frida has changed, and her Prad-esque references to contemporary art and architecture are an excellent deterrent for the vitriolic judgments of the press.

The collections that follow from spring-summer 2011 to spring-summer 2013 make indisputable the role of Frida Giannini at Gucci and let her earn authority in the fashion world. In these collections emerges a long work of research that she makes with her team, eviscerating different themes inspired by the photographic archives of the 70s.

Spring Summer 2011 is the boom of color blocking in the bold shades inspired by the vibrant color palette of the 70s, mixed with the safari style and the memory of Marrakesh by Yves Saint Laurent through harem pants and giant high waist golden python belts with cords and tassels.

Autumn Winter 2011 – It’s still color block, but in winter version; thanks to the strong contrast of complementary colors of accessories such as wide-brimmed fedora hats, fox stoles, and python bags, matching with layers of fur coats, jackets, blouses and male baggy pants in full 70s mood.

Spring Summer 2012 – The art deco aesthetics and the architecture of historic skyscrapers of New York are reproduced on the lamé flapper dress of the jazz era. The geometric patterns of short jackets are matched with the black and gold military uniforms or the evening gowns featured by long fringes reminding some photos of Peggy Guggenheim. While in Milan the 20s mood goes on the catwalk, in the same day Florence celebrates the 90th anniversary of the brand with the opening of the Gucci Museo: a permanent exhibition of a part of the archive in which Frida strictly prohibited to show the creations of Tom Ford, just to avoid any type of confrontation with her work. Only a few accessories of the Tom Ford era will survive to the edict of the Roman designer. Obviously they are pieces on which she worked herself.

Fall-Winter 2012 – Maybe because I was there and I still remember every moment of the show with its penetrating and seductive soundtrack, but the Autumn Winter 2012 was one of the most beautiful collections made by Frida Giannini. The 60s and 70s fashion give way to the introspection of the “poètes maudits,” the sensitivity of Rimbaud and the colors of pre-Raphaelite women whose pale skin is wrapped in velvet, jacquard or damask robes, and the intense eyes are framed by long loose hair and sensual lips red like fire.

Spring Summer 2013 – With this collection Frida gained the peak of success and was not a coincidence that the stages of preparation of the show became the main subject of the fashion documentary “The Director”. James Franco captured a pragmatic woman, very determined to achieve her objectives, but at the same time sweet and sensitive, especially if caught in moments of family intimacy while recounting the sacrifices made by the family for making her to study fashion. The collection is a return to the origins, the 60s, with the freshness of Marisa Berenson, Mirella Petteni, and Benedetta Barzini in the photos by Irving Penn and GianPaolo Barbieri, and the elegance of Marella Agnelli with solid color suits from head to toe and Liz Taylor’s showy jewels.

From Fall Winter 2013, despite the accolades of the press, something seems to crack: the spirit of research has waned, and the catwalk is full of structurally complex dresses too similar to a gothic version of Prada mixed with the old works of Nicolas Ghesquière for Balenciaga.

Spring Summer 2014 returns to the sporty style that has now invaded the catwalks around the world. There is nothing new; it is just a compliance to a global trend, with “quotes” from Prada, Jacobs and the old collection by Tom Ford, albeit well contaminated with prints recalling the elegance of art-nouveau motives. Frida has founded her Gucci career on the use of prints and after so many years we can say that is one of the things she does best.

Fall Winter 2014 was a wonderful collection, but despite the British inspiration, the 60s mood theme is too close to be repeated in such a short time. These ups and downs call Frida’s creativity into question after years of success.

Spring Summer 2015, the vintage style mix is no longer a hit and a lot of items are outdated with bizarre lengths and proportions. Even the last glamour twist of the old Frida’s collections has gone away and just a few summer dresses inspired to Japanese kimonos save the show. Unfortunately the main problem is the lack of a story behind the collection.

Now the fashion world not only is waiting to see who will take the “creative reins” of the brand but also if Frida was a worthy designer for Gucci. The Fall Winter 2015 collection will be a sort of will for her and unfortunately, the fashion world has a short memory, so a misstep can make her falling into the abyss forever. Or at least until a new businessman will dig her out for a new project, just like Alessandra Facchinetti who after a series of disappointing collections at Gucci, Valentino and Pinko, she was picked by Diego Della Valle for Tod’s. Now finally she can give free rein to her creativity as the first-ever ready-to-wear Tod’s creative director without dreading a comparison with the heavy legacy of a previous genius.

5 thoughts on “The Gucci-Frida affaire: We all loved each other so much, or maybe not.”