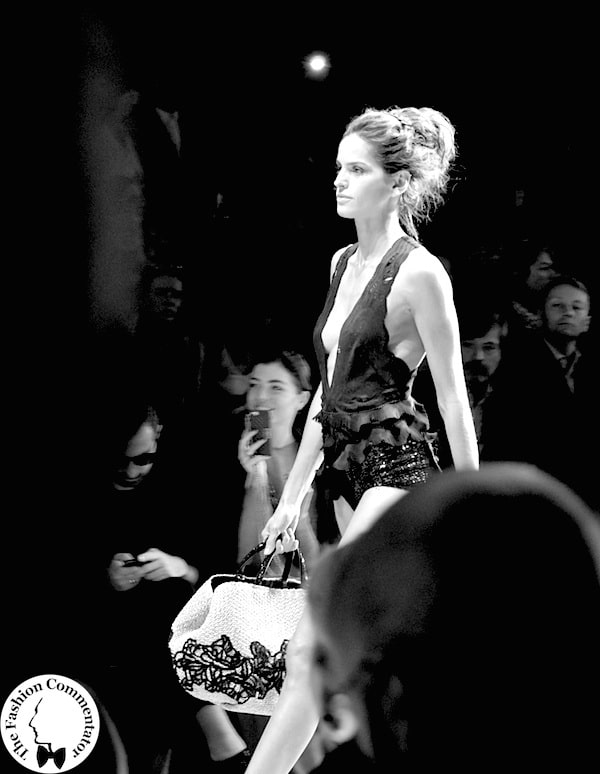 Over the past two years, during the Milan fashion week we got used to see several types of fashion designers:

the young, mainly consisting of a rich generation of pseudo-creative handymen who launch trends on social networks idealizing the weird characters of Milanese p.r. officers;

the timeless myths, ie those brands that survive thanks to the archaic glories of the past, often exhumed by new directors who aren’t creative persons, and that after the first successful years of activity, merely reproduce the archives of the house;

the best sellers, those brands or designers considered as sacred icons from some specific slices of the market and which season after season definitely influence the evolution (or convolutedness) of the global contemporary style;

the B series, fashion designers who fail to emerge as true protagonists of the Italian fashion system due to bad investments or wrong communication strategies;

and finally my favorite ones, the researchers, those designers with the capital D, true to themselves and to the principles of the brand, who at every fashion show seem to resume a conversation begun in the previous seasons, showing the latest evolution of style, themes, workmanships, textiles and colors.

Ermanno Scervino, ça va sans dire, belongs to the latter category and the Spring Summer 2015 collection is the perfect example of his stylistic consistency. He continues his aesthetic research begun in 2013 drawing inspiration from the 50s, changing the old-fashioned ladylike style, combining micro-tops with shorts or high-waisted skirts and using minimalist casual garments, a legacy of the sporty-chic style of the brand.

Paradoxically, while Scervino purges the oldie elements, the models on the catwalk seem to be part of a ‘cosmopolitan neo-Renaissance‘ procession, in which the floral decorations on the sumptuous robes of Eleonora di Toledo are reinterpreted with crochet embroidery, applications and patterns that dignify even a casual outerwear item as the parka, raising it as the stylish must-have for excellence.

The A-shaped volumes made with neoprene, denim and raffia perfectly match with the Brigitte Bardot effortless backcombed hairstyles, but the ‘Florentine by adoption’ blood that flows in Scervino’s creative veins seems to reveal a much older beauty model for his show. His models look like the fifteenth century Florentine noblewomen portraied by the most important painters of the time. 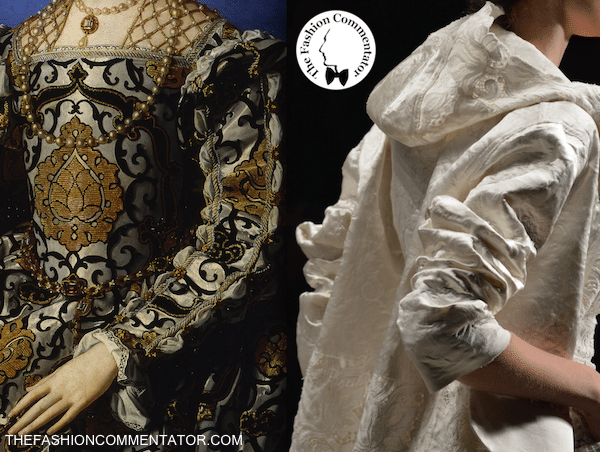 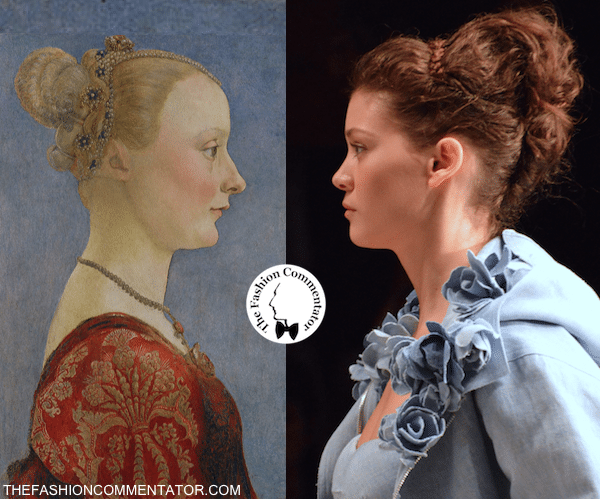 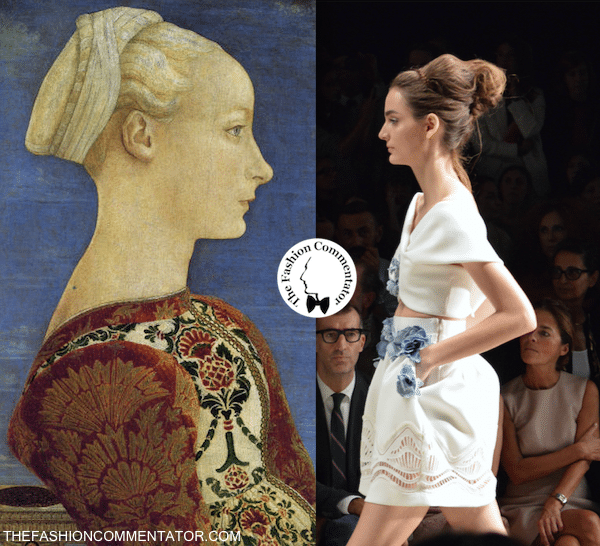 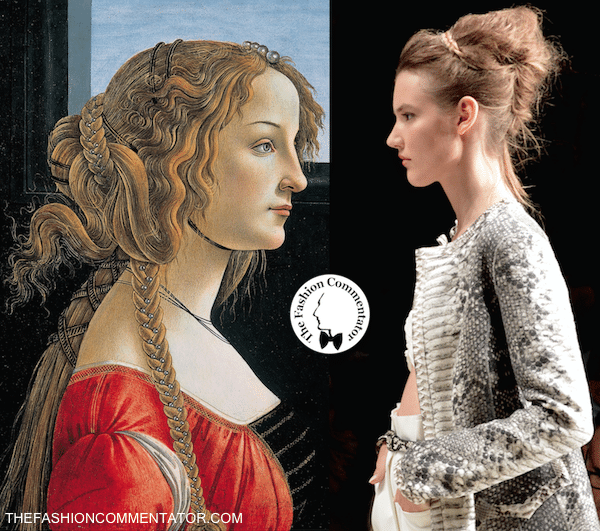 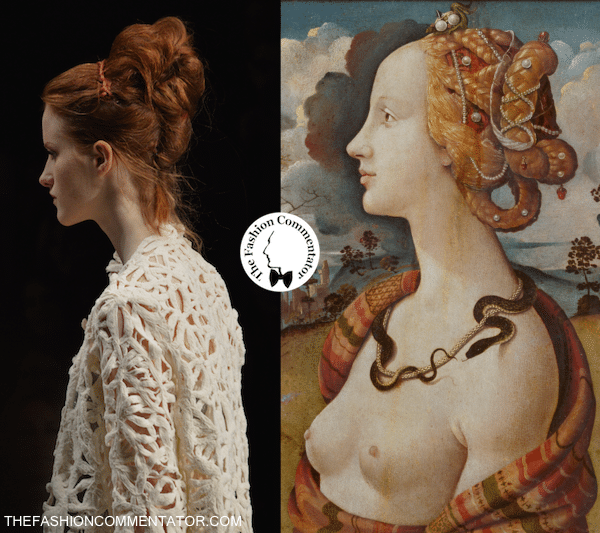 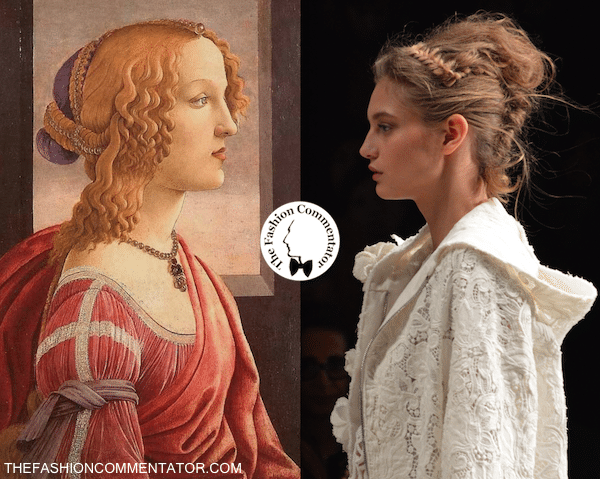 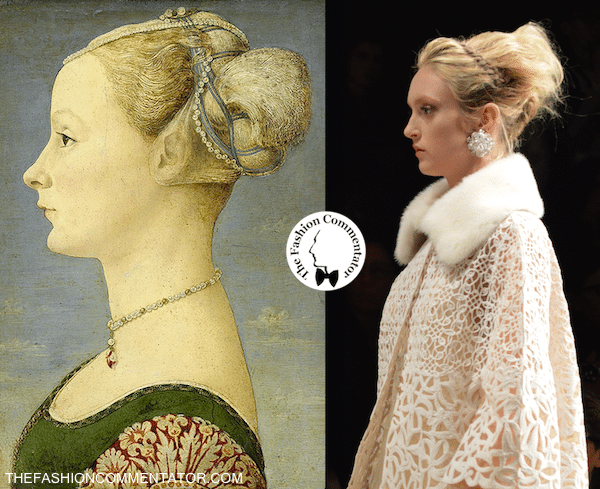 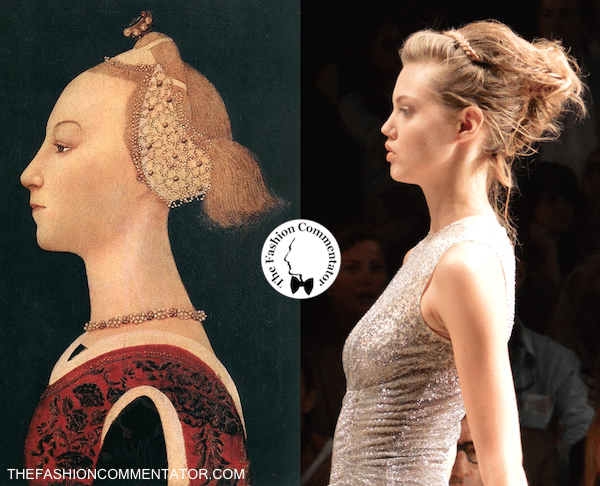 Certainly, this is a risky comparison, but don’t forget that women like Simonetta Vespucci, were considered as civic institutions, celebrated and revered by all the artists of the 15th century, not that far from today’s socialites, superstars or IT-girls, promptly besieged by photographers and paparazzi.