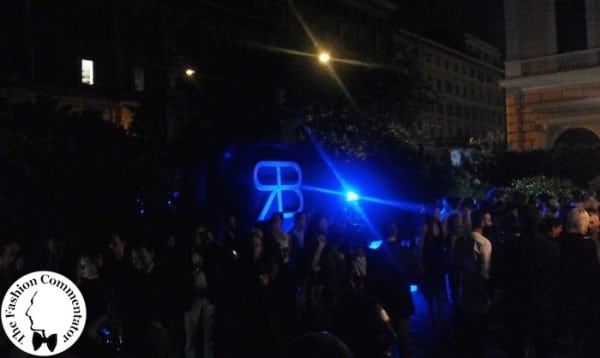 We all know that among the Italian fashion weeks AltaRoma is dedicated to the fashion scouting thanks to the Vogue contest WhoIsOnNext? and other several initiatives such as the end-course fashion shows of the Roman fashion schools and the Be Blue Be Balestra event in the atelier of Renato Balestra.

Be Blue Be Balestra is a project promoted by Altaroma to join the Roman tradition of haute couture with the freedom of contemporary talents who have just finished their studies. For the latest edition, nine young designers (all women!) newly graduated at the Accademia di Costume e Moda di Roma, paid tribute to the famous Balestra electric blue, reinterpreting it in clothes and accessories according to their own style. The ground floor of Renato Balestra’s atelier that usually hosts the eclectic characters of the Roman high society, for one night became a fashion breeding ground, in which the master supports the work of his protégés, creating an ideal bridge with Milan, where also Giorgio Armani hosts in his Teatro the ready-to-wear fashion shows of the new Italian fashion designers. 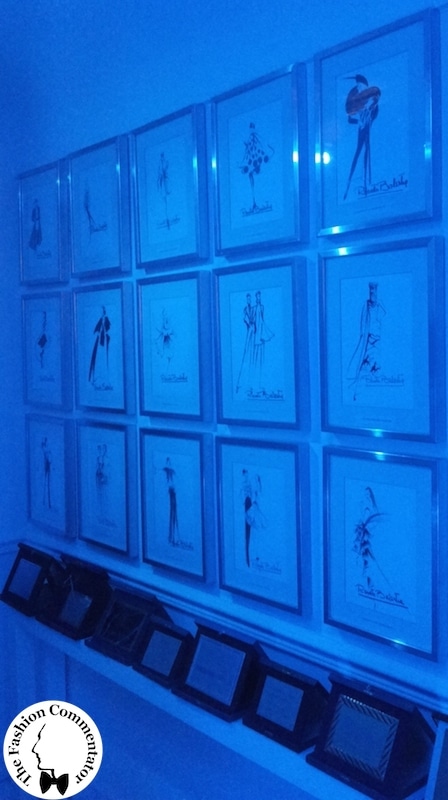 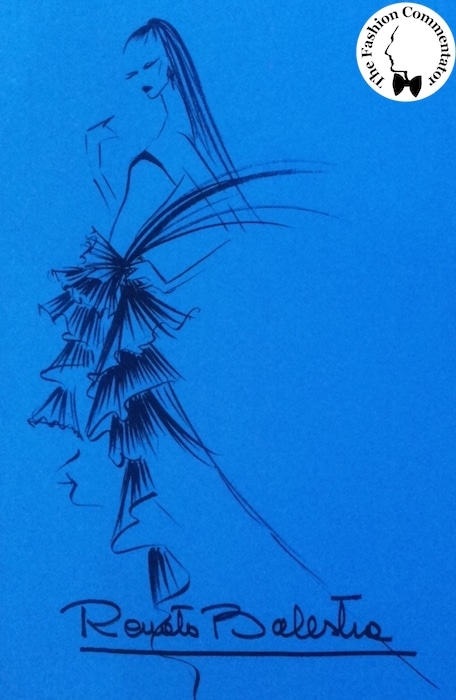 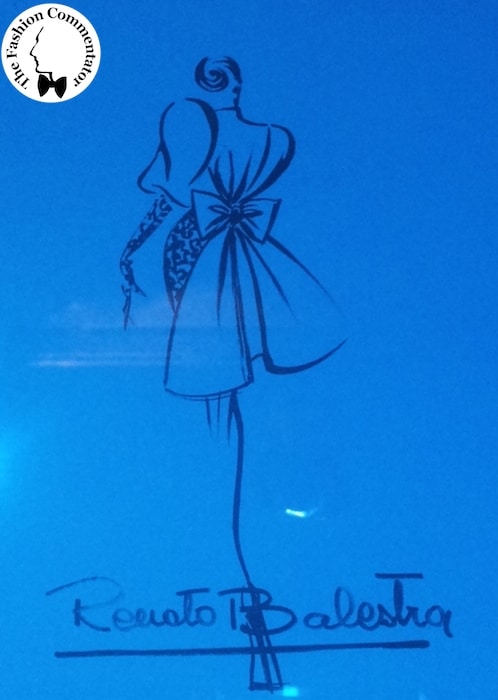 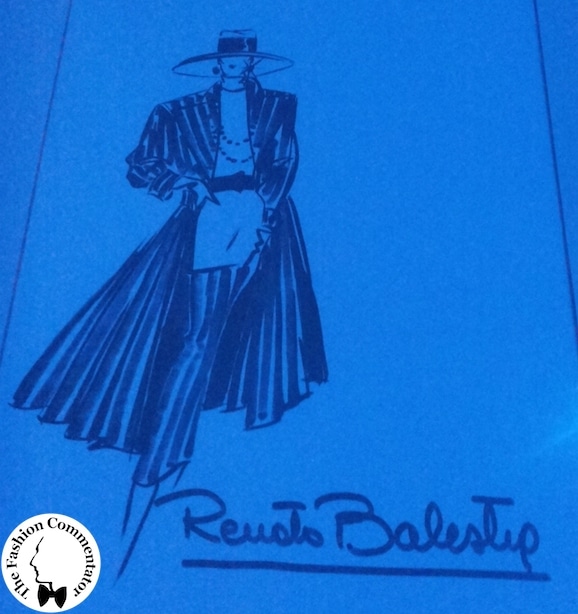 ALTAROMA 2014 – BE BLUE BE BALESTRA – The Sketches Gallery in the atelier
Among the works on display I was immediately struck by the maxi Alcantara bag of Valentina Noia, whose unusual proportions and material mix (pvc, hairy calf skin leather and crocodile) creates a so mature design language that could soon debut with an accessory collection.
The neoprene and printed foam suit by Martina Belpassi and the ethno-inspired dress by Giulia Geria (named as the best creation of the event by the public) were in line with the latest contemporary trends, but still able to create a strong eye-effect.
I was fascinated by the interesting sculptural composition of Giulia Goretti de’Flaminii who mixed tartan plaid and neoprene in a very urban suit, and also by the latex dress of Vittoria Veltroni tight at the waist with a blue belt which seemed to give life to a Rothko composition. 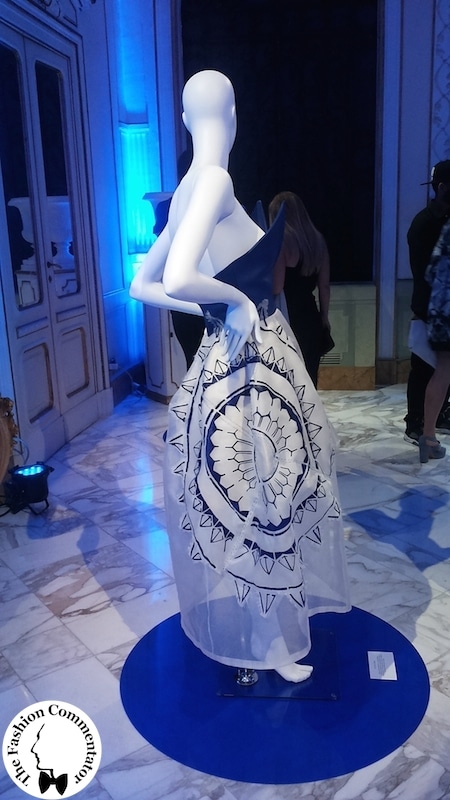 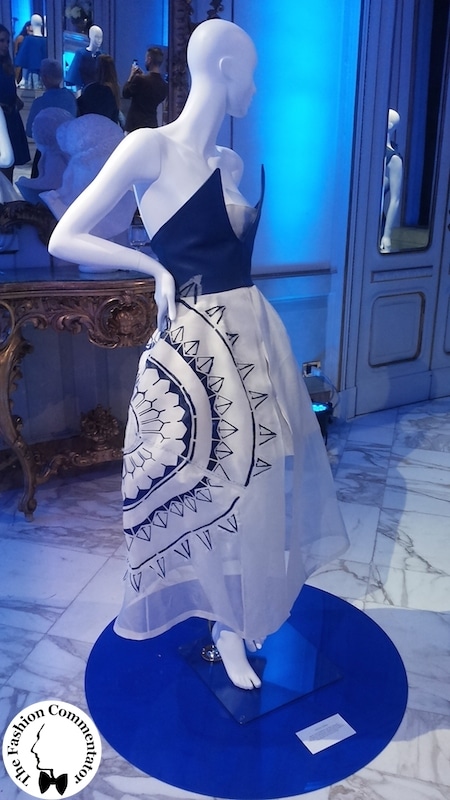 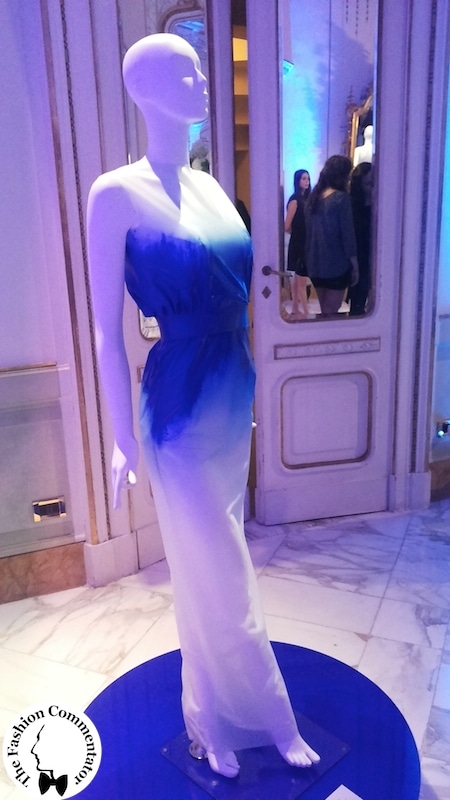 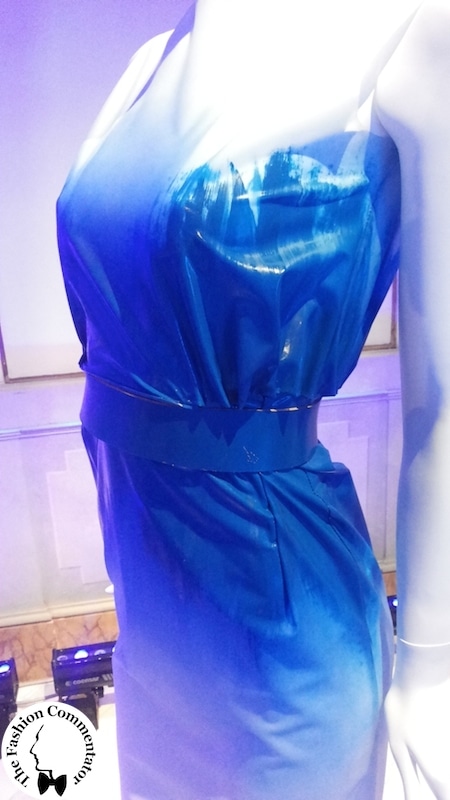 ALTAROMA 2014 – BE BLUE BE BALESTRA – Vittoria Veltroni
The other participating designers were Carolina Cicerchia, Flavia Collatina, Ambra D’Oro and Chiara Palombini; and I wish that all of them can realize as soon as possible their dreams.
Alessandro Masetti – The Fashion Commentator