Skip to content
I’m pretty sure that Vincent Billeci would have been a worthy protégé of the Florio family, the enlightened Sicilian entrepreneurs who launched Palermo as cultural capital at international level during the Belle Epoque. I can imagine him next to the most important Palermitan Art Nouveau representative artists such as Ernesto Basile and Ettore De Maria Von Bergler, while he drapes the high tech fabrics of his autumn-winter 2014 collection on the curvy body of Donna Franca Florio. 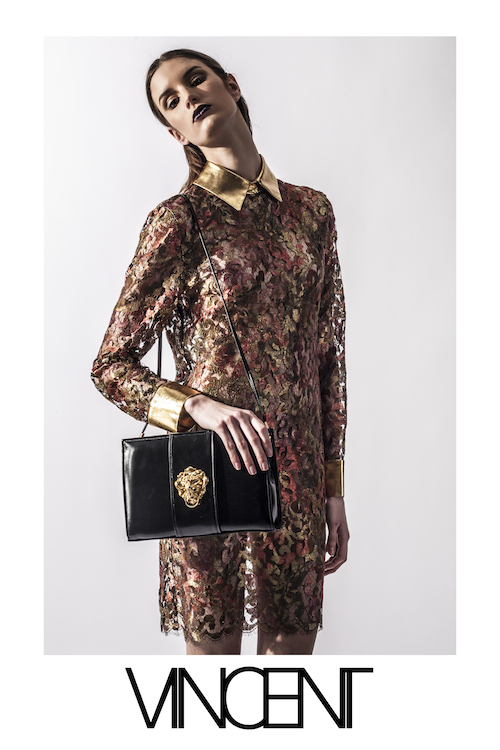 The weft of iridescent lace resembling the flowers depicted in the tea room of Villa Igiea, climbs upon the hems of wool coats, long transparent skirts and short dresses, framed with fierce lions’ heads as those guarding the Teatro Massimo in Palermo. The Klimt-like golden details highlight the curves of the body through dizzying necklines or circular cuts on quilted 3D surfaces. In addition, considering that the it-girls (contemporary spiritual heirs of Donna Franca Florio) don’t wear only evening gowns, Vincent downplays the solemnity of the collection with a selection of casual boy-ish items like the white shirt with colored lace detail, neoprene sweatshirts with the iconic ex-voto lace cow and finally the long trousers with golden turn-ups to match with a maxi-bag. 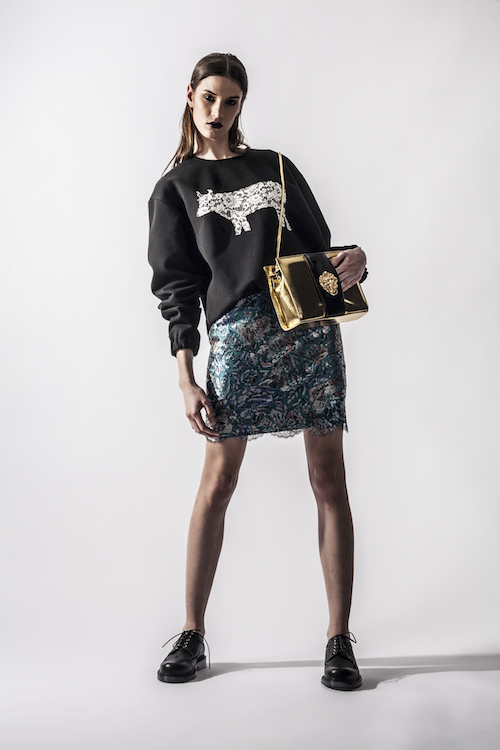 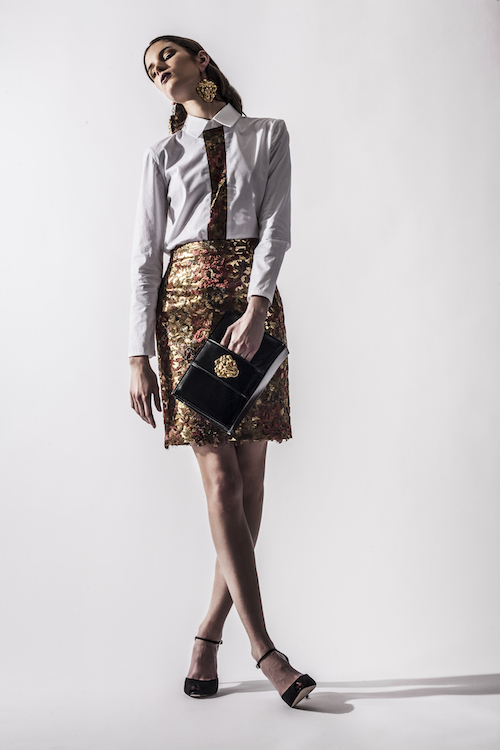 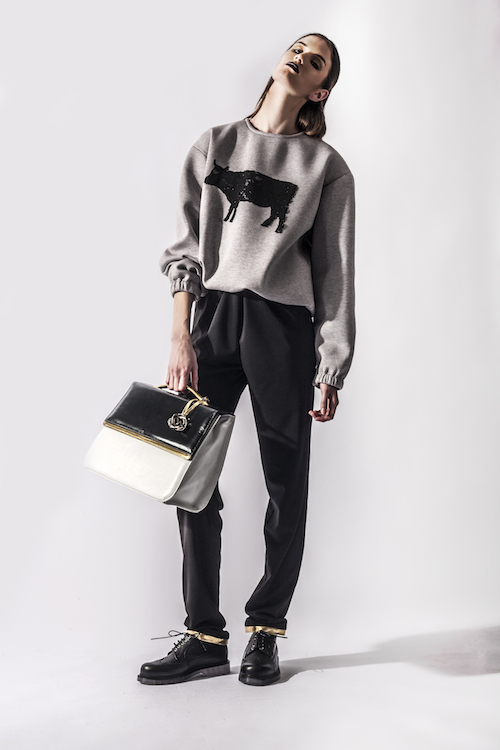 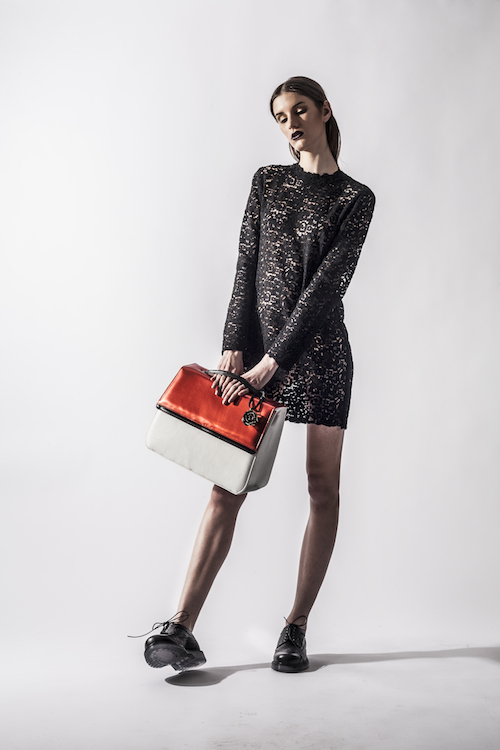 Vincent Billeci fall winter 2014 collection – Boy-ish mood
As usual, the show ends with the accessories, infact, for the next winter you can find two new sizes of the Rosalie bag (mini and maxi), a new golden version of the Cow-bag, with the iconic ex-voto cow, and finally a new debut: the Lion-box, a small box leather clutch decorated with a fierce lion echoing the door knocker of an ancient gate.

Rosalie mini bag – Vincent Billeci FW 2014
Season after season, it’s nice to see that Vincent Billeci continues to build his own style updating the main themes of the Sicilian tradition through minimal cuts, shiny surfaces and an obsessive attention to details that not only enhance the precious local craft workers, but also highlight the human factor of this region.
Long live the real Sicily, long live the heat and passion of Sicilian people, long live the Sicily by Vincent.
Alessandro Masetti – The Fashion Commentator
Fashion Credits 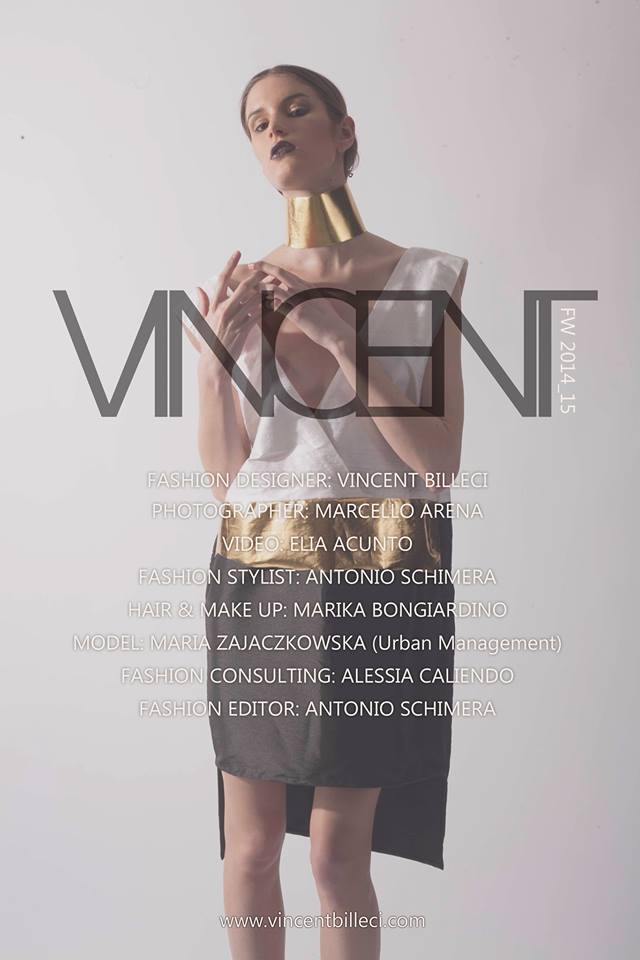