I’ve just read on Dazed Digital that four rock stars such as Courtney Love, Marilyn Manson, Kim Gordon and Ariel Pink have posed in front of Hedi Slimane’s objective for the new adv campaign of the French brand Saint Laurent. 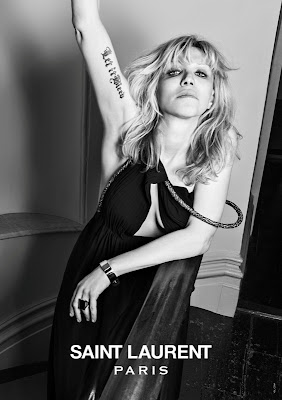 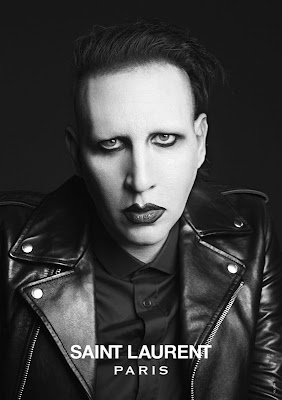 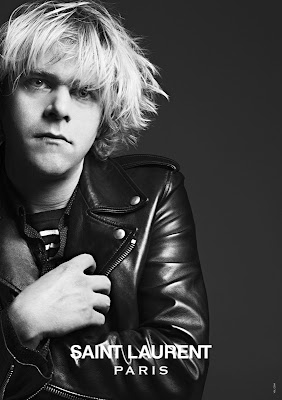 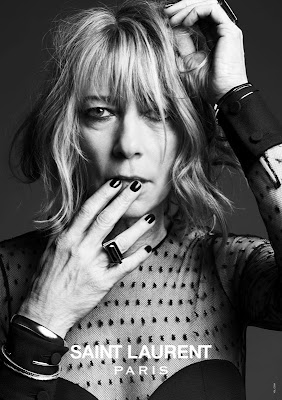 SAINT LAURENT by Hedi Slimane
starring Courtney Love, Marilyn Manson, Ariel Pink and Kim Gordon
The last communication strategy of the brand and its advertising campaign look to the past, reinventing the particular relationship between Yves Saint Laurent and the contemporary arts, including music (Yves dressed Mick and Bianca Jagger for their marriage in 1971. The total white male tuxedo worn by Bianca went down in history). 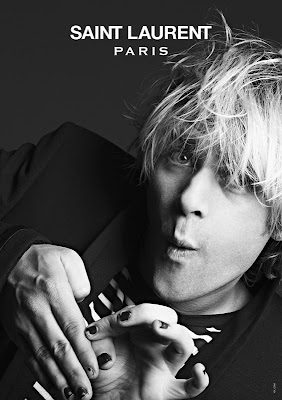 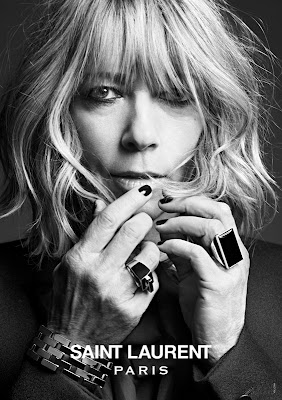 SAINT LAURENT by Hedi Slimane starring Ariel Pink (left) and Kim Gordon (right)
Personally (as far as my opinion could worth) I think the latest Saint Laurent FW2013 collection inspired to the 90s grunge music scenery, was not so remarkable; while I foud that the almost philological operation of re-proposing in the adv campaign an updated version of the relationship between the French couturier’s fashion and the arts, seems much more commendable. But unfortunately the carrying out is not so brilliant as the proposal.
The singers chosen by Slimane seem to have lost their “rebel mood”. They look like the icons of a “wasted youth” museum, with the nostalgic notes of electric guitars resonating in the background.
In many have turned up their nose looking at the new adv campaign: the Hedi photographer and designer, as a “Rock savior” wants to persuade us that the nonconformist style of his music heroes is the new concept of Saint Laurent’s elegance. 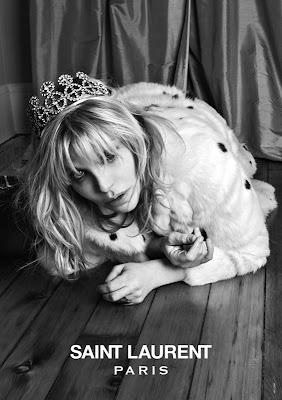 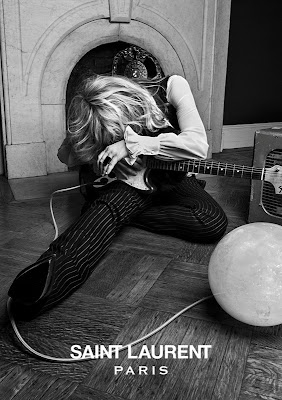 SAINT LAURENT by Hedi Slimane starring Courtney Love
Lately fashion is undeniably dominated by the nostalgic references to the past, but there are a very few fashion eras still able to elicit the praise of press and public, and the “grunge style” which featured the music bands of the 90s is not part of this particular time-range.
Perhaps Hedi “Saint Laurent” Slimane is so “forward” that we can’t understand him; maybe he has become a worthy competitor of the avant-garde genius of Miuccia Prada (in a rebel version); or more simply, he plays with an historic brand customizing it according to his own artistic/music taste.
The posterity (and those who will buy the collection) will judge.
Alessandro Masetti – The Fashion commentator
Photo Credits: Dazed Digital