Here we are at the end of the Milan Design Week, a grueling, but fun event which enlivens every corner of Milan taking away for a short time, the typical gray (and almost boring) patina of the city. For the weekend I propose to you a strange mix of events which investigate the contrasts between ethics/aesthetics, old/new, masters/new talents, enhancing their differences and trying to make a better life, just respecting the industrial design’s aim.

Marni, the brand led by Consuelo Castiglioni and recently purchased by the owner of Diesel Renzo Rosso, dominates the Design Week-End with a special project of the Educational Department of the Contemporary Art Museum of the Rivoli castle titled Abi-tanti: la moltitudine migrante. At the new Marni space in Viale Umbria, former home of the historic nightclub Café Atlantique, on 13 and 14 April there will be a workshop for create new Abi-tanti, the bizarre characters made with recycled materials, fabrics and components of the iconic Marni bijou that on 8 and 9 June will invade the Tuileries Gardens in Paris, for the Michelangelo Pistoletto exhibition “Année un. Le paradis sur terre”. In the same location, you can also visit the exhibition “100 chairs”, a collection of one hundred chairs made by a group of former Colombian prisoners. The proceeds of the sale will be donated to charity. 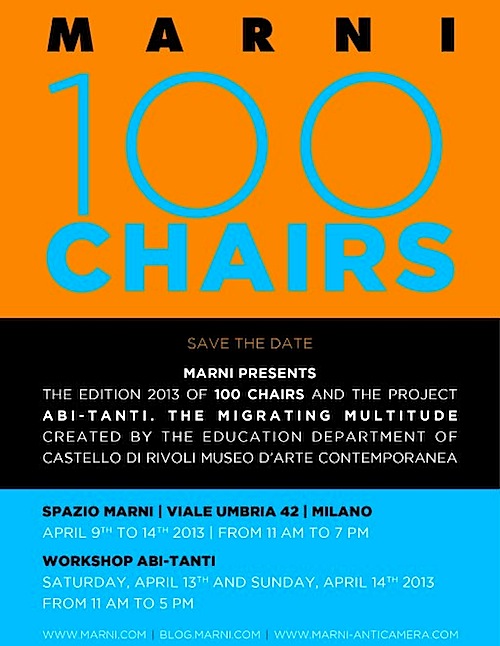 Spazio Marni
Viale Umbria, 42 – Milano
Workshop: 13-14 April; 11,00am/5,00pm
______________
Retrospettiva: 60 anni di attività dell’Architetto Angelo Mangiarotti
The Galleria Carla Sozzani dedicates a major retrospective to Angelo Mangiarotti, the famous architect, urban planner, designer and sculptor who has influenced generations of designers due to his rigorous functionalist style. The projects on display ranging from jewelry, to furniture, urban plans, sculptures and short movies from the Studio Mangiarotti Archive in Milan.
Galleria Carla Sozzani
Corso Como, 10 – Milano
Exhibition hours:
April 9 to 14: from 10,30am to 9,00pm
April 15 to 28: Tuesday, Friday, Saturday and Sunday: from 10,30am to 7,30pm; Wednesday and Thursday: from 10,30am to 9,00pm; Monday: 3,30pm to 7,30pm
Orari mostra:
9 – 14 aprile: dalle 10.30 alle 21.00
15 – 28 aprile: martedì, venerdì, sabato e domenica, ore 10.30 – 19.30; mercoledì e giovedì, ore 10.30 – 21.00; lunedì, ore 15.30 – 19.30
______________
Colazione da Kristina Ti
Cristina Tardito, owner of Kristina Ti brand, gives a second life to her archival printed fabrics, transforming them into a collection of household linen and into a special collection of shopper bag made by the convicts of the maximum security prisons of Lecce and Trani, thanks to the “MADE IN CARCERE” project. The bags will be sold exclusively at the Kristina Ti flagship store ONLY during the days of the Design week. 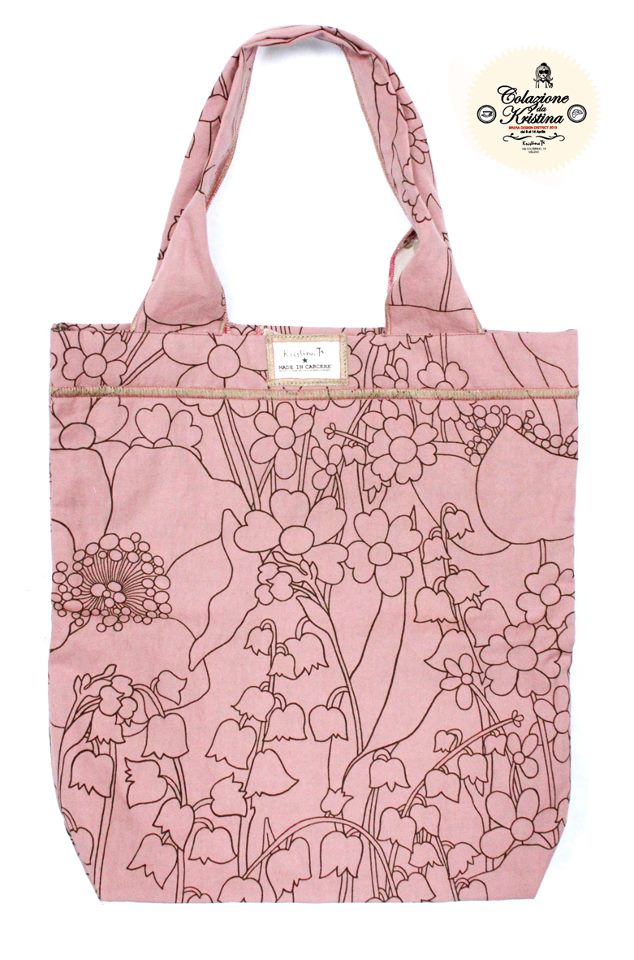 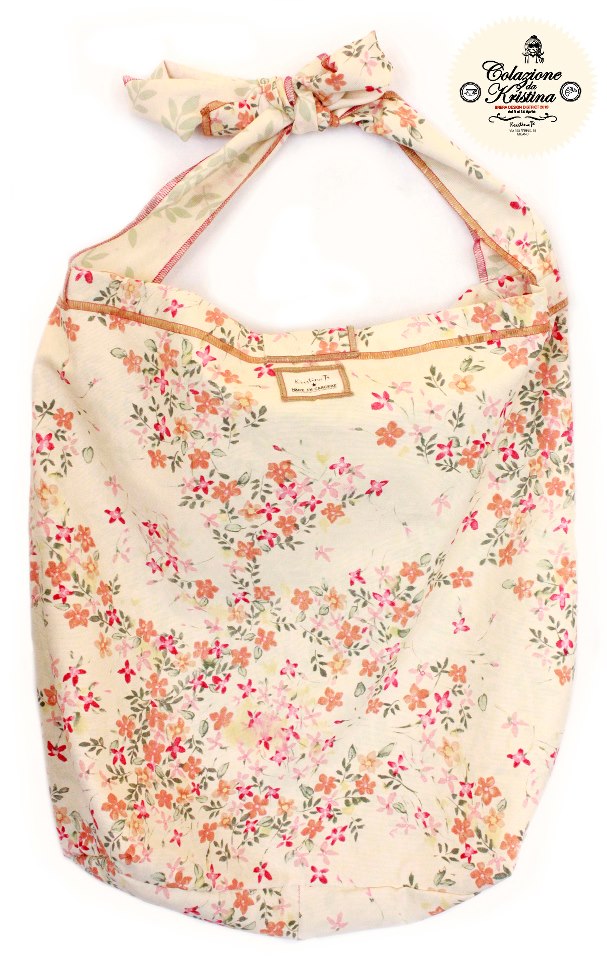 Kristina Ti boutique
Via Solferino, 18 – Milano
Hours: 9 – 14 April; 10,00am/7,00pm
______________
Salone Satellite
The closure of the Salone del Mobile is traditionally reserved to the visit of the Salone Satellite pavilion at the Fiera Rho. In this particular pavilion there are the prototypes, designed and manufactured by under 35yo persons who professionally work in the design field, but who don’t have a direct industrial or craft production. Marva Griffin Wilshire, curator of the pavilion, dedicated this edition to the need of young people of “integrating traditional craftsmanship with modern design possibilities offered by the digital world and industrial production”.
Here there are the projects and designers I’ve selected according to my personal taste, basing on a strictly formal, aesthetic (and not necessarily functional) point of view..
ATELIER 2.7
by SAMUEL TREINDL
www.samuel-treindl.de
“My work is based on parasite strategies according to which other objects are produced. The ornaments of a shelf, for instance, can differ and the same material could be used in a double way. The result reflects therefore the whole process and history of the production.” 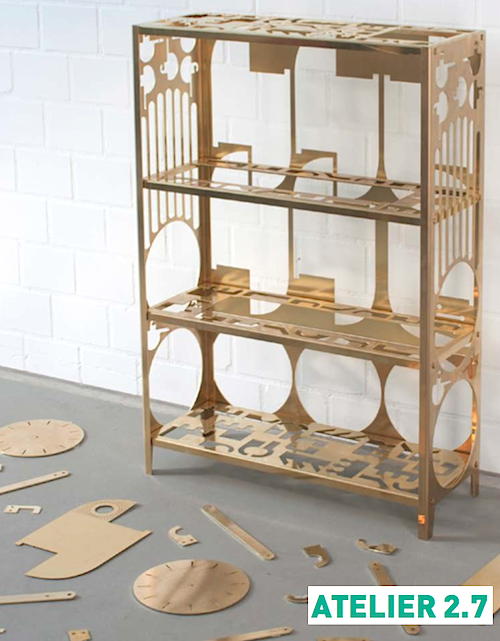 _____
BICUBE DESIGN
by BARBI BOTTAZZO
www.bicubedesign.com
Francesco Barbi e Guido Bottazzo are young designers who like working on the aesthetic impact of their products. Innovative and ironical they work on shapes, often playing with two opposite ways of thought: Francesco is more rational and feels connected to the past in design, Guido is creative and aiming at a futurist reality. 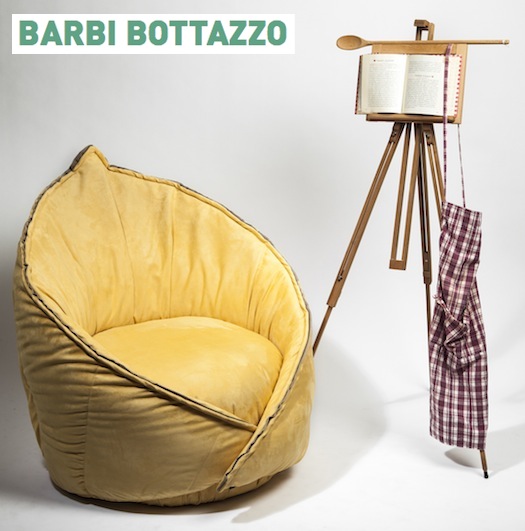 _____
TANIA DA CRUZ
designdacruz@gmail.com
The collection aims at valuing a noble material such as cork through a modular, soundproof tile that exploits its insulation qualities, both acoustic and thermal. Together with velvet, it creates a pleasant materic contrast, using colour to create endless customizations. 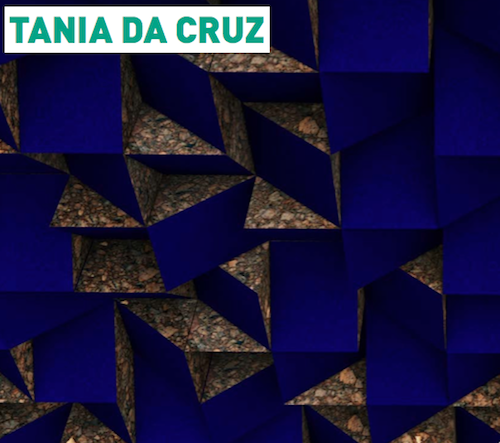 _____
TAEWOO KIM
www.taewookim.net
Modified – a coat hanger – is the one of a series of objects restructured through modification and change. Since the structural detail of the cut part functions as a hook, it can be used directly to hang the clothes. 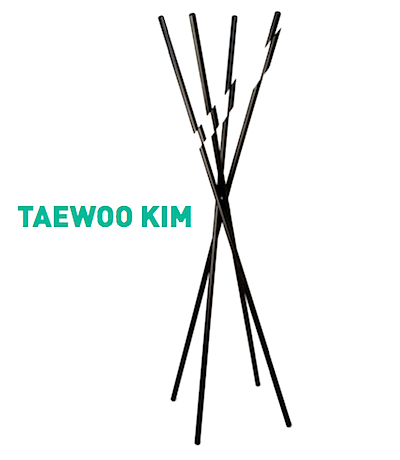 _____
PASCALINA
by Pascale de Backer
www.pascalina.be
Pascale De Backer is a young belgian designer. Her aim is to give objects another dimension, not only a functional one but also a conceptual dimension, so that people will think about the content, the meaning of her work. 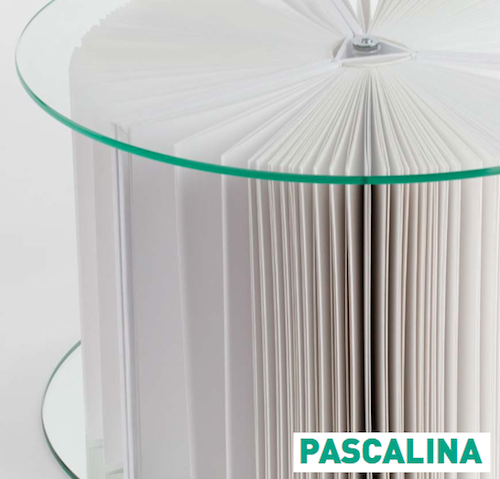