Skip to content
Last week Florence hosted the Fashion Industry and the Glam Community International Conference, the event that drew the most important journalists, bloggers and fashion curators in the first capital of Italian fashion, for the official launch of Europeana Fashion, a huge fashion archive with 700,000 digital files coming from 19 museums and archives including the Victoria & Albert Museum and the Antwerp ModeMuseum.
The Europeana Fashion project, coordinated by Fondazione Rinascimento Digitale, finally became a reality thanks to the European Commission co-funds and it will be accessible online from this summer with the publication of the first 100,000 digital objects. The presentation has been the right setting for two-days of discussion about fashion culture and communication.

In the morning session of April 17th Alessandra Arezzi Boza, communication and content manager of Europeana Fashion, presented the Europeana Fashion project.
Then, among the other lecturers, Laudomia Pucci and Stefania Ricci spoke about Fondazione Emilio Pucci and Salvatore Ferragamo Museum, two of the main fashion houses’ archives in Florence. Both the archives were born thanks to the material stored by the designers themselves when they were alive: prototypes, patents, sketches, invoices, catalogs, special packagings, fragrances, or, as in the case of Emilio Pucci, one copy of each garment. The Fondazione Emilio Pucci is a content provider for the Europeana Fashion archive, whereas Salvatore Ferragamo Museum is an associate partner of the project and has curated the Tumblr blog.
In the afternoon, the discussion passed to the role of fashion archives in fashion schools with the interesting lecture of Linda Loppa, current director of Polimoda Fashion Institute of Florence and former director of the fashion department of the Royal Academy of Fine Arts of Antwerp, known for being one of the first Martin Margiela supporter and for having launched the Antwerp Six in London.
In the lecture Momenting the Memento – Building Bridges she reflects upon the globalized and apathetic contemporary society taking as example the city of Florence, which has lost the instinct and vitality of the past. Instinct means ability to create new innovative visions, but there won’t be any new vision if the city life will continue to be projected into the dusty glories of the past according to the logic of consumerism.
Momenting the Memento means giving life to the past (fashion archives) by destroying beliefs and conventions, and re-assembling them creating new visions, even with errors and imperfections that could become the rules of the future.
I recommend to analize this interesting point of view reading the lectures Momenting the Memento and Fashion, Education & the City by Danilo Venturi. 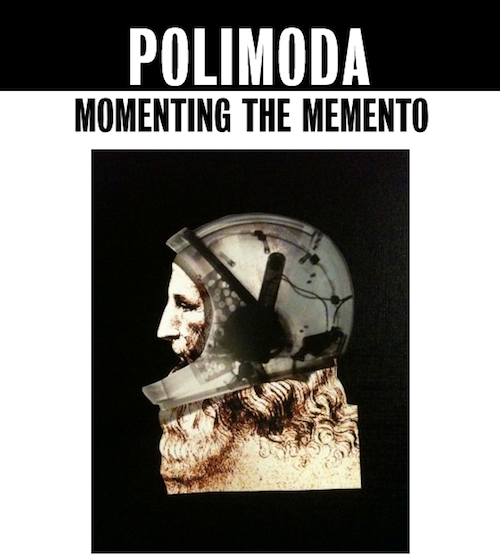 Later, Maria Luisa Frisa, president of the Associazione italiana degli studi di moda (Misa) and director of the Degree Programme in Fashion Design (BA) at Università IUAV di Venezia, proposed a reflection upon the relationship between Talent and Discipline talking about the young designers she teaches every day, adding references to her fashion critic and curator activity.
She said her work is deeply influenced by the Critical Design, the London creative consciousness born in the late 90s, which calls into question all certainties, imagining a special kind of design, oriented to alternative possibilities and different actions from those we are accustomed to. As for industrial design, fashion is (and must be) a system of elements that should always be called into question by the fashion designer’s talent, which has to be disciplined for make something that works.

The second day was featured by a discussion panel titled “Handling New Media in Fashion” and the former fashion designer, now filmmaker, critic and journalist Diane Pernet was the first guest speaker. She is well known in the industry for her long career and because she’s one of the pioneer of fashion blogging: since 2005 through AShadedViewOnFashion she reveals the behind the scenes of the fashion world, sharing personal experiences, cultural events and less-known fashion design projects. During her speech, she focused the attention on AShadedViewOnFashionFilm, the film festival she founded in 2008 bringing together fashion short films from all around the world, recognizing a sort of identity to this peculiar genre.
As evidence of the growing importance of fashion films, Marie Schuller, head of fashion film of Nick Knight’s SHOWstudio, explained how SS revoluzionized fashion films don’t showing just the finished product, but documenting the designers’ inspirations and the creative process behind each garment/collection.
SHOWstudio: House of Flora FW2013 – Marie Schuller and Marlon Rueberg video
Then Gabriele Monti, PhD and Concept design professor at Università IUAV di Venezia, basing on the academic experience, explained how his students’ fashion blogs aren’t just free digital containers to show their collections, but a new way of sharing contents and make relationships with other designers from all over the world, becoming part of a system.

Anja Aronowsky Cronberg, editor in chief of Vestoj, the Journal of Sartorial Matters, proposed another very interesting point of view in the debate. Her annual magazine approaches to fashion avoiding the logic of consumption and examines the cultural and social phenomenon by collecting independent voices from the field. To ensure that Vestoj will remain free in thought and action there’s no advertising in the magazine and personally I think it’s a courageous challenge especially for the communication world in which seems that freedom of speech is conditioned by the amount of readers rather than by the quality of the contents.

After such interesting lectures, however, I was left with a question that I propose to you.
The laudable Europeana Fashion project finally open the doors of the fashion culture, giving everyone the chance to discover the treasures kept secret until now, but I think that between the “real/physical archive closed to the public” and the “digital archive open to everybody” is missing the crucial step of a “real/physical archive open to the public”.
Looking through the names of the institutions participating in the Europeana Fashion project, unfortunately I’ve noticed that not all the archives/museums/foundations are open to the public. That reminds me of the harsh words of Antonio Paolucci, a former director of the Uffizi Gallery in Florence. For a TV interview on the occasion of the extraordinary opening of the deposits of the Uffizi Gallery, the journalist asked why he did not open those secret rooms regularly, letting everyone to admire works kept inside. Paolucci replied that art is reserved to the scholars who can truly appreciate it, and the secret works in the deposits can’t be given as food to the ignorant tourists with all the other fetish-masterpieces of the gallery.
Seeing the first Missoni’s sweater or the iconic printed shirt of the Palio collection by Emilio Pucci will apparently remain a privilege for the few, as well as the Florentine Madonnas in the deposits of the Uffizi Gallery.
Is it fair?
Posterity will judge, but in the meantime, let’s enjoy the digital version of these fashion-art-works in the Europeana Fashion archive open to EVERYBODY and FOR FREE!
Alessandro Masetti – The Fashion Commentator
Special thanks to Europeana Fashion team
Visit Europeana Fashion website
_______________
Errata Corrige
The project will be on line this summer and not from May 2nd as previously reported.