Skip to content
The expression “Fashion Week” doesn’t really mean only fashion shows and street-style, but also presentations of new clothing collections or beauty products in selected showrooms. On my Milan staying I had the honor of being invited by Givenchy to discover the new fragrance for men GENTLEMEN ONLY and the new make-up line of Le Rouge “couture” lipsticks and Le Vernis nail polishes. 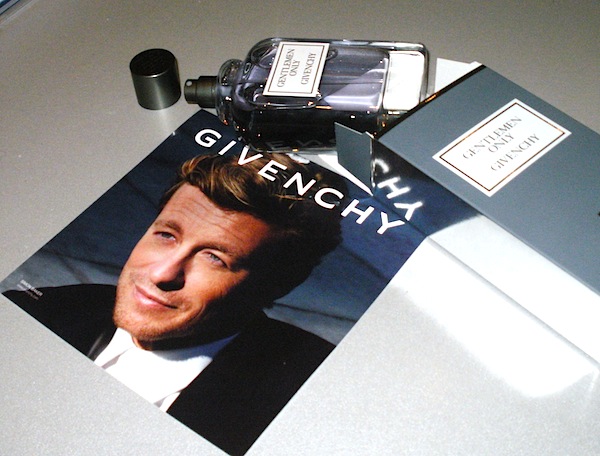 The blogger event took place at the Mercedes-Benz lounge inside Palazzo Giureconsulti (Chamber of Italian Fashion venue), where the Givenchy team welcomed us to try the newborn men’s fragrance GENTLEMEN ONLY. It’s a totally new perfume, but its history began in the 70s, more precisely in 1975, when Mr. Hubert de Givenchy launched Givenchy Gentleman, a fragrance centered on woody aromas, which broke the rules of men’s perfumes, mainly based on colonies and lavender at that time.
Agata Marino, Trainer of LVMH Perfumes and Cosmetics Division for Givenchy, described GENTLEMEN ONLY as a neo-woody aromatic fragrance for its innovative composition.
On the top notes you can smell the freshness of green mandarin (caught in the early hours of the morning) with pink pepper and nutmeg, while in the background you can smell the noble woods of cedar, patchouli and vetiver, usually defined as sensual and wrapping scents, emphasized by the incense.
I was pleasantly surprised by this particular smell, so I tryed it directly on my skin and after the whole day spent at fashion-shows and presentations, I can confirm that it is a long lasting fragrance, whose fresh and spicy initial notes seem to turn slowly into a deeper, but delicate scent of incense. 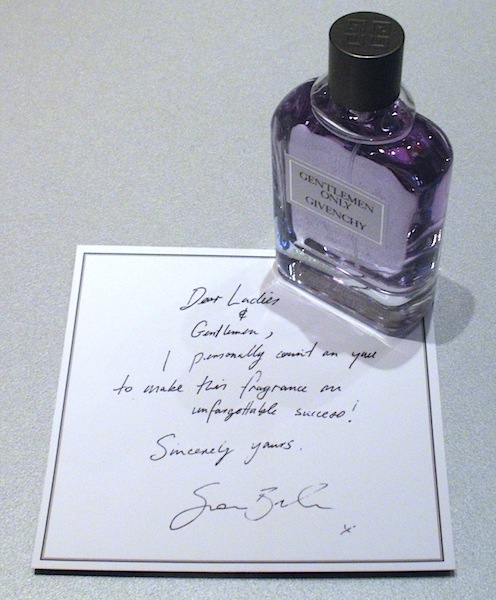 As the name implies, GENTLEMEN ONLY is dedicated to the men who aren’t afraid to express their personality and sensuality with simplicity and ease and it is no coincidence that the Australian actor Simon Baker has been chosen as the face of the fragrance. He embodies the ideal of the modern gentleman in his private life as on the set: polite, elegant, relaxed and far from the Hollywood glitz, despite his continuing success. In the video commercial produced by Peter Lindberg, Simon Baker walks the busy streets of New York under the rain, offering his umbrella to a stranger woman before continuing his way with his charming smile.
This true gentleman act, photographed by Patrick Demarchelier for the adv campaign, actually reminds the adv campaign of 1987 in which a hand of a mysterious gentleman gives an umbrella to shelter a girl from a summer storm on the beach.
Now, in 2013, the face of the true gentleman is clearly visible: the times and society have changed, but the good manners remain a constant invariable.
The reference to Givenchy’s heritage involves not only the communication, but also the shape of the bottle with its simple and straightforward lines, that could be considered as a contemporary evolution of the first Gentleman’s one.
After the space reserved for the male universe, the trainer Agata Marino delighted the female bloggers showing the new Givenchy make-up line introducing Le Rouge lipsticks and Le Vernis nail polishes.
The new Givenchy Le Rouge lipstick is defined Couture because like a dress it covers your lips with a velvety effect due to the creamy but light texture.
The lips are plump and revitalized thanks to the special formula that reinforces the dermis structure thanks to the beeswax and hyaluronic acid microspheres which fill in the small cracks of the lips, giving them a compactness effect.
Nicolas Degennes, Givenchy Make-up and Colors artistic director has created a real “wardrobe” for the lips in 17 shades, divided into three chromatic universes:
Les Naturels, “nude” tones ranging from beige to the shades of brown;
Les Roses, a palette ranging from rose wood to fuchsia;
and finally Les Créations, a range strongly supported by the creative director Riccado Tisci for the Givenchy fashion shows. 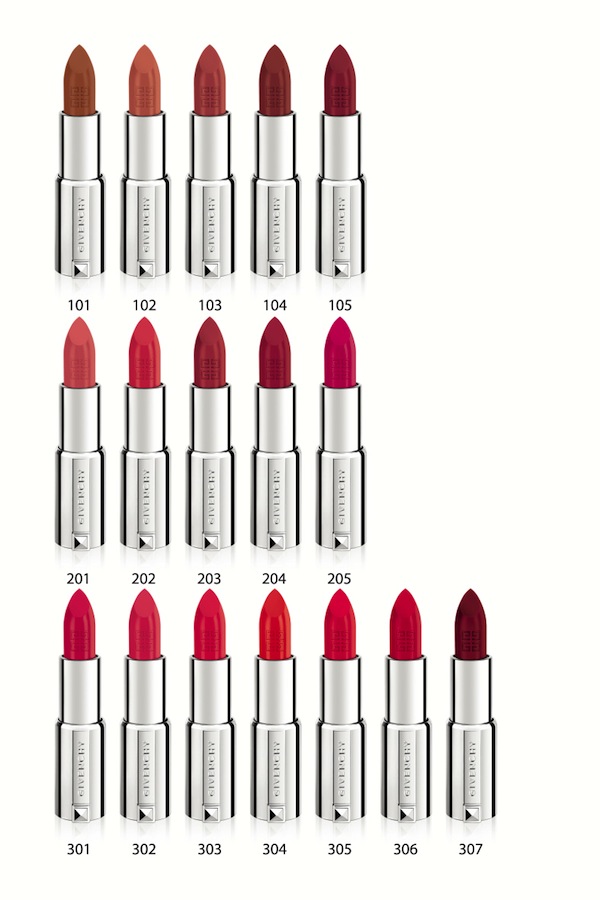 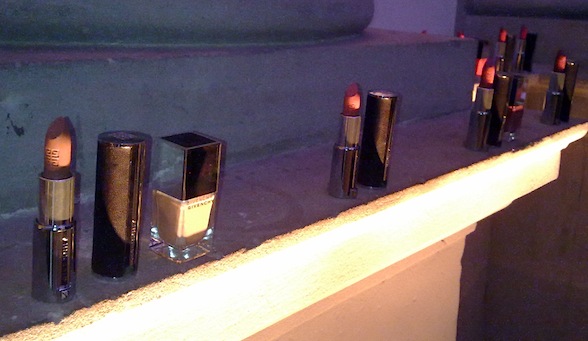 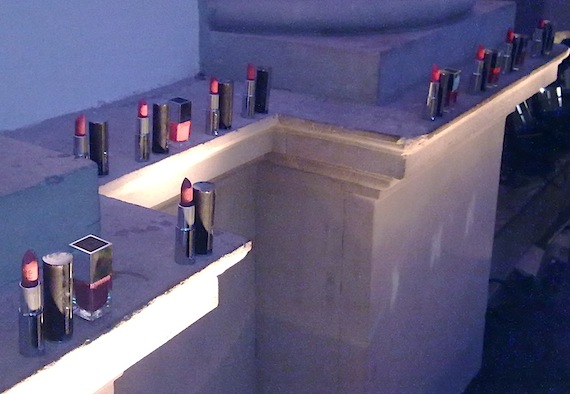 The packaging is very special: a black leather case with two metal studs on the base of the stick which make the lipstick a real fashion accessory, according to Riccardo Tisci’s stylistic poetry. The embodiment of Givenchy woman for the adv campaign photographed by Daniel Jackson, could only be Mariacarla Boscono, friend and muse of Riccardo Tisci. She appears in a three images of herself, in a sort of battle/comparison of the different facets of a single personality. 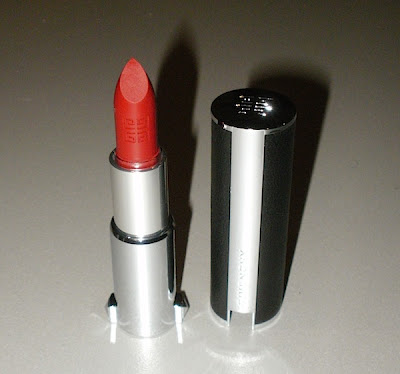 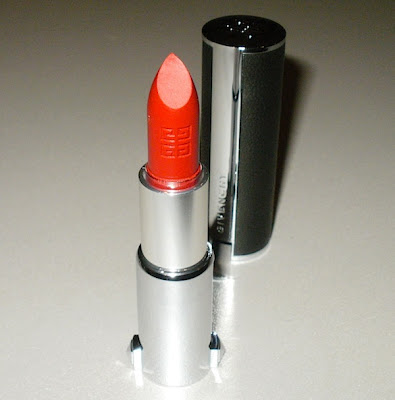 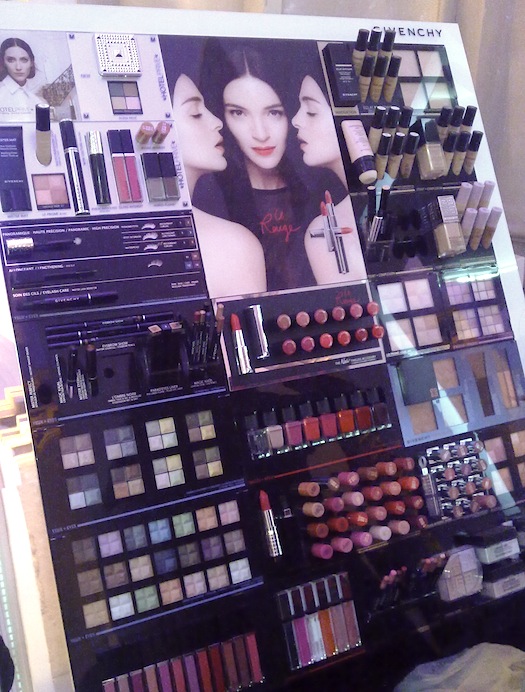 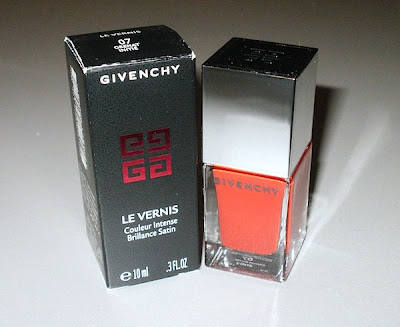