Skip to content
The history of every fashion brand is ever-changing: a new creative director; a different marketing strategy; or the change of the target range, inevitably linked to the change of the style itself. This is what happened also to Dolce and Gabbana, the famous Sicilian duo who has stopped the sporty/street-style D&G line with the Spring Summer 2012 collection, dedicating their experience to the main rtw line and the new high fashion one. 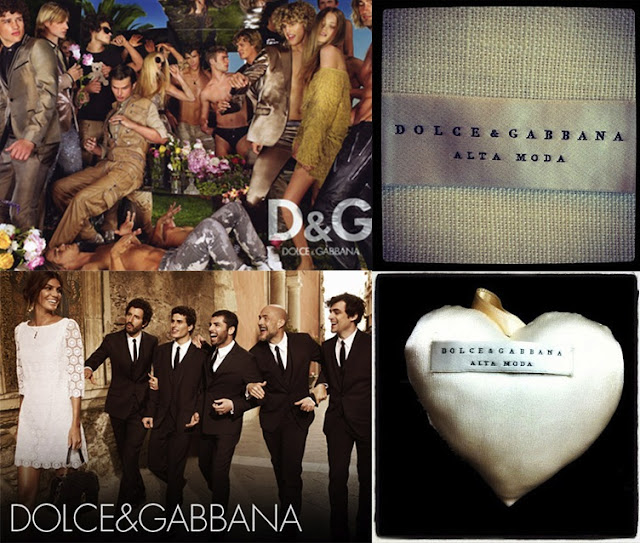 The D&G line aimed to young customers, who liked showy pieces, totally disconnected from the rules of “well-dressing”. Every collection was a provocation that took inspiration from the street and then ended up on expensive clothing. Unfortunately it became a sort of line for vulgar people who need to cover themselves with logos and D&G lettering, in order to show their presence in the society.

All this is over, Dolce & Gabbana have revived their style like no other. Sicily remained the main inspiration of the new collections, but the bond with their native land seems to get stronger and stronger, season by season. The new-old Dolce & Gabbana style is based on the silhouettes of the ’40s and ’50s, in which are declined the typical elements of Sicilian costumes and traditions such as:

the lights for the
celebrations and religious processions (Dolce & Gabbana Spring Summer 2012), 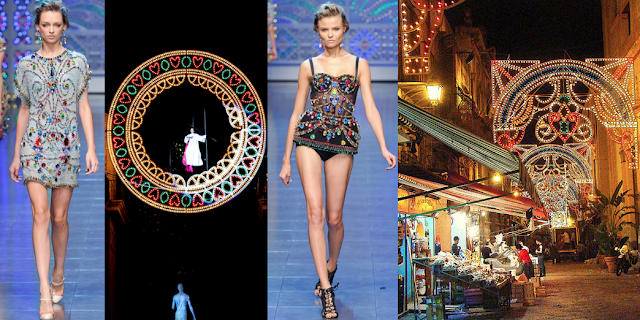 or the old tradition of “bottom drawers”(when young women stored things to use
after marriage) as in the Dolce & Gabbana Spring Summer 2011. 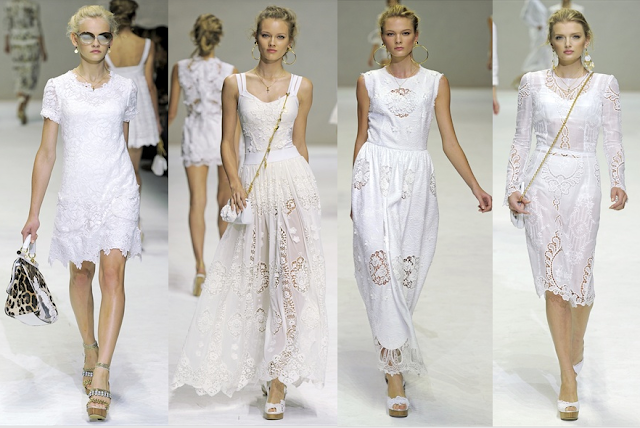 Their new-old style is like a crescendo through the Sicilian culture until the Fall Winter 2012 collection, which celebrates the majesty and the splendor of the Sicilian Baroque.

Blacks hoods and coats are decorated with golden floral garlands and frames reminding to the robes of the Madonna Addolorata (Our Lady of Sorrows), whose cult has spread greatly in the Southern Italy. These magnificent items cover the long transparent lace petticoats which, in turn, reveal the dark underwear.
The collection is a blaze of golden embroideries and frames that took inspiration from the ancient religious vestments such as the eighteenth century parasols for processions; the precious chalice-covers, and even the golden clothes of the Santuzza, Santa Rosalia, the patron of Palermo. 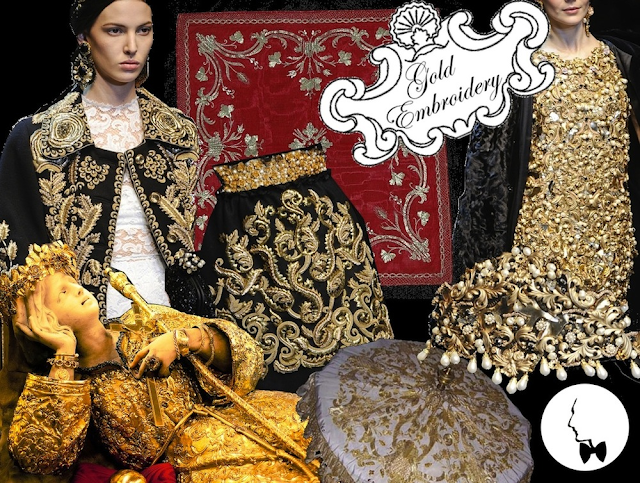 Dolce & Gabbana couldn’t speak about Baroque without mentioning the pictorial genre of the “still lifes“. This is the reason why they proposed large garlands of flowers on delicate printed silk blouses or elaborate lady’s suits made of fine needlepoint with parrots, a very popular theme among the painters of the XVII century. The floral and striped dresses seem to mention the beautiful silk satin soutanes from the eighteenth century, stll preserved in several Sicilian diocesan museums, while the sculptured earrings and belts are like the rose windows and the decorative friezes of important churches and palaces.

Funny detail: the earrings with little angels playing, singing and dancing through clouds and flowers. 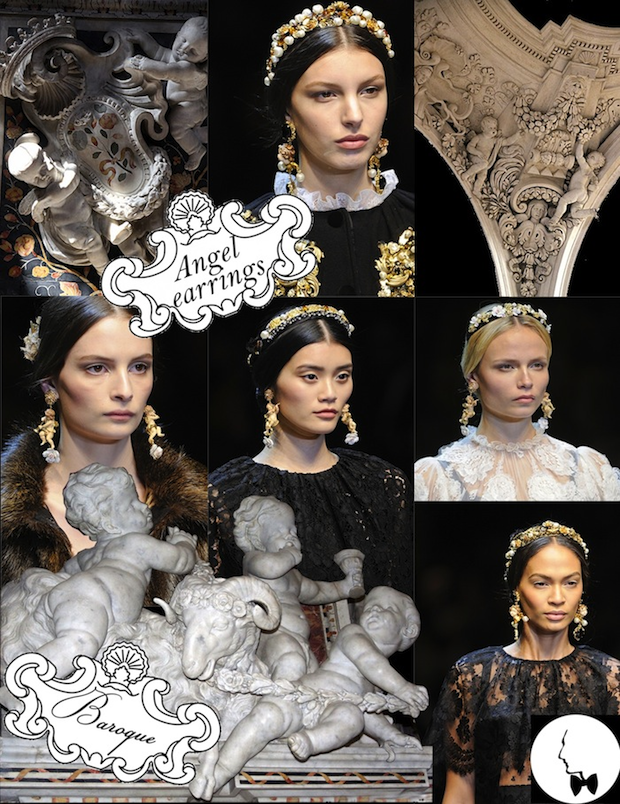 The Sicilian duo has created one of their best Dolce & Gabbana collections of the recent years, thanks to this new-found sensitivity. They are so able to convey the love for their native land, that even the most skeptical traveler would like to take a tour of this beautiful and sunny island, being carried away by the local beauties and traditions.
Alessandro Masetti – The Fashion Commentator