Skip to content
The announcement of the collaboration between Marni and HeM for the next Spring has spread all over the web in a few hours. Everybody is happy about it, but are you sure you know Marni?


Consuelo Castiglioni, born and raised in Switzerland in 1959, launched the Marni label in 1994 with an experimental collection after working as a consultant for Ciwi Furs, her husband’s furriery firm based in Milan. For the first time, Consuelo used fur as a fabric, removing the interior linings and making deconstructed volumes after years of enormous shoulder-pads and ladylike silhouettes.

She began with an annual winter furs collection, but soon she launched even the spring-summer line, and in 1999 Marni was established as an independent brand produced by the family firm.

The clothing line took the place of the furs. It became universally recognizable thanks to the fabrics layering and the print patterns with old-fashioned flowers (featured by thick dark edges), mattress stripes (large and vertical), or abstract and geometric graphics with the ’50s and 60’s vintage influences.


The color contrasts are another founding element of Marni’s style.  The shocking and fluo colors, such as fuchsia and lemon, stand out on the dark nuances, mostly black, blue, gray, or even brown slime and olive green. The dresses often have a sort of fake-messy-look originated by the mix and match of smooth and square silhouettes, and they are often enriched with bijoux made of wooden or plastic pieces shaped like flowers and leaves.
In 2007, after the first appearance in 2002, Consuelo launched the menswear line, declining Marni style in austere and dark collections characterized by oversized and squared silhouettes with geometric, floral, or tribal prints.


In September 2011, Marni announced its first foray into the world of fragrances, clutching a multi-year licensing agreement with Estée Lauder Companies. The debut of the first product is planned for autumn 2012.
At the end of November 2011, Consuelo Castiglioni surprised everybody about her teaming up with HeM for the SS 2012 guest designer collection. She said: ” We have created a complete Marni wardrobe combining tribal and Bauhaus graphics with functional and sporty elements.” We have to wait for March 8, 2012, to discover the collection in 260 HeM stores worldwide. 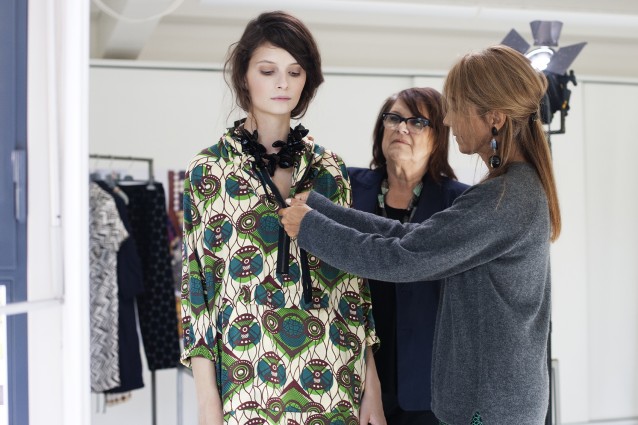 17 thoughts on “Who is MARNI? – The Marni brand history”