Skip to content
Recently I have been invited to a costume party themed “film personalities”. By reading the invitation, my thoughts immediately went to Holly Golightly of Breakfast at Tiffany’s with hers giant hat, sunglasses and little black dress, to Gilda singing “Put the Blame on Mame” in a sexy strapless dress, or to Sylvia in La Dolce Vita, wrapped in a black dress covered with a white fur stole. 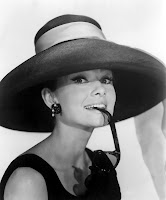 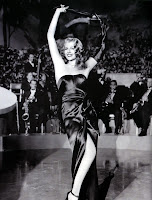 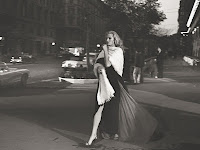 And what about the male roles?

I realized that every character I thought, didn’t wear so special clothes that could feature the role itself. Burt Lancaster as Prince Salina in The Leopard, wore an historical male costume; Tom Hulce in Amadeus was wearing an historical costume, and he was so mistakable with a whoever Casanova.

Looking at the history of cinema, I noticed that male characters are not featured by the costume, but for the actor’s interpretation; in short, you can easily remember the actor and not the costume. This is a wonderful thing for an actor, but now I’m asking you: Why does a girl in a white pleated dress can be compared to Monroe in The Seven Year Itch, and a man with mustache in a blue suit cannot be considered as Clark Gable in Gone with the wind?
If we do not consider all the male figures of superheroes and cartoon characters, avoiding the infinite variety of Tony Maneros, horror characters, pirates and fantasy, what does remain? If the female roles are easily identifiable by a “simple” clothes worn in some cult scenes, which kind of masculine clothes, wearable in real life, can resemble a movie character? My conclusion can be reduced to three options: 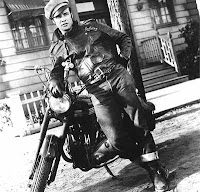 This terrible error is caused by cinema history and costume designers, in fact, it seems that only agents, inspectors, investigators and spies wear this elegant coat, contributing greatly to its devaluation in the collective imagination. Apparently, the only way to avoid this stupid comparison, is wearing colorful coats as seen in the last Burberry winter collection, but let’s be serious… could I really give up my vintage beige trench coat? Definitely not!
This is the reason why at the party I was like Humphrey Bogart in Casablanca. 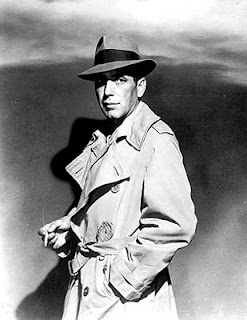 6 thoughts on “3 Male costumes inspired to the movie industry”