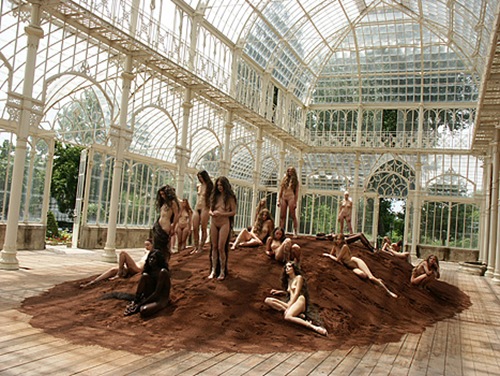 Do you Remember the performance by Vanessa Beecroft in the Tepidarium of Horticultural Garden in Florence in June 2004?
Twentyone nude models faced the audience on a mound of dark earth, In the largest nineteenth century Italian greenhouse. The models wore only a pair of Helmut Lang shoes with ankle straps and heels sunk into the ground. They seemed flowers planted in the ground. Some wore nylon caps, they were buds; others wore long wigs similar to the iconography of the fifteenth-century penitent Mary Magdalene. The models had to stand as long as possible, but could also fall to the ground and get dirty. The purity of female bodies contrasted with the color of the dirt floor. Models were like lilies and potatoes because lilies and potatoes can grow both from the dirt. “In bloom” adolescent bodies and young faces were alternated with “already sprouted” bodies. It was 2004 and the Tepidarium was reopened as a location for an extraordinary event organized for Pitti Uomo.

Now We are in 2010 and throughout the summer the  Tepidarium has become a wonderful home for butterflies.Thanks to “A Tea with the butterflies”, this charming property is returned to its former glory. The humid tropical climate has been recreated, the fountains are back working with lots of goldfish, plants, flowers and palm trees. While I was drinking a glass of Falanghina, a black butterfly flew on the tree next to me and looking up I saw all the others. 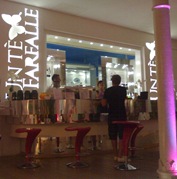 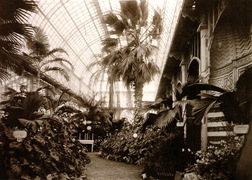 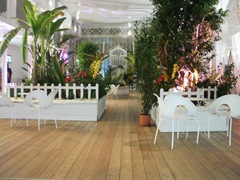 Thousands of colors float from plant to plant, lay on the fruit (they are delicious) and get up in the air. The location has been restored with taste and respect for the ancient structure. Comparing the current state with period photos, nothing seems to be changed. The board sofas and chairs shaped like a butterfly create the atmosphere of Alice in Wonderland.
The fountains with lions spraying water take us back to the time of the horticultural exposures of the late nineteenth century. It seems you can breathe the air of that ancient Florence that was a new international center for all types of experimental avant-garde. 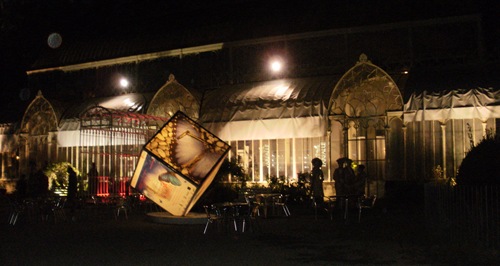 The “Tea with the Butterfly” will be open until September 10, unless extended.